Each year, the Jewish Federation of Metropolitan Detroit honors exceptional individuals who have positively impacted the Jewish community.

Common characteristics can be found in outstanding leaders: a passion to serve their communities, active involvement in the organizations near and dear to their hearts, and inspiring others to do the same.

This year’s awardees have something else in common — they grew up with role models who instilled in them the value of giving back. It is a lesson they have not only embraced but are now passing down to a new generation.

This past June, at the Berman Center for Performing Arts, the following men and women were celebrated for their outstanding contributions to the Detroit Jewish community. Mazel Tov.

Established in 2000, this award recognizes those who have devoted a lifetime to community service. It is one of Federation’s highest honors, and puts a spotlight on individuals who have worked tirelessly for decades to ensure a vibrant future for the Jewish community of Detroit and the Jewish people.

Marta Rosenthal has spent four decades as a career volunteer. During that time, she has served as president of the Michigan Chapter’s National Council of Jewish Women and the Sinai Hospital Guild, and has been active on more than 25 committees, initiatives and boards. She served as co-chair of Federation’s Annual Campaign, a key leadership position that impacts the welfare of the entire community. Israel is particularly close to her heart, having traveled there 37 times since 1985. A standout in her long list of achievements is the relationships she has forged between Detroit and Israel through Partnership 2Gether, PACT and the American Technion Society.

Neil Satovsky began his Jewish communal career in Federation’s Junior Division, where he later became president. He soon joined several other Federation committees, sat on the board of JVS, and then got involved in Jewish Apartments and Services, where he served as president. During his tenure, he launched the Eight Over Eighty program, which honors seniors who have made a community impact. Today, he serves on the board of Jewish Senior Life. Satovsky has also lent his considerable skills to Hillel of Metro Detroit, where his many roles included vice president, and Camp Tamarack, where he set up a fishing program, a nod to his longtime hobby.

Established in 1965 as a memorial to the beloved wife and mother, the Sylvia Simon Greenberg Young Leadership Award recognizes exceptional leadership potential and service to the Jewish Community by a young woman. This year’s recipient, Jessica Katz, has made a substantial impact on young-adult-focused community work. As a founding member of The Well, a NEXTGen Detroit and Kadima board member, and co-chair of Federation’s Liaison Committee and Becker and Marcus Mission, Katz is taking a vital role in mentoring the next generation of leaders. She also sits on the Federation’s Local Area Planning Division and has built relationships with Jews worldwide as the JDC Ralph I. Goldman fellow.

The Frank A. Wetsman Young Leadership Award was established in 1961 as a memorial to the beloved husband and father. It recognizes exceptional leadership potential and service to the Jewish community by a young man. Yoni Torgow, this year’s recipient, was inspired by his tenure in the Wexner Heritage Program, an intensive two-year initiative for Jewish volunteer leaders. With the lessons he learned, Torgow took on many roles, including chairing the building of the new boys’ and girls’ schools of his alma mater, Yeshiva Beth Yehudah, and becoming a mentor for Partners Detroit. He also serves on Federation’s Real Estate & Capital Needs Committee and the Board of Governors and sits on the boards of the Detroit Symphony Orchestra and JVS + Kadima. As a sports enthusiast, Torgow has also revitalized the Detroit Jewish Youth Sports League.

The Mark-Lis Family Young Leadership Award was created in 1993 to recognize an established leader in the NEXTGen Division who has shown outstanding commitment and success within the division and within Federation’s Annual Campaign. Influenced by a teen mission to Israel, this year’s recipient, Keith Schonberger, took an active role within Jewish groups and organizations while attending Michigan State University. Later, he served on the board of Tamarack Camps before joining NEXTGen Detroit’s board. There, he co-founded NEXTGen’s Interfaith Couple’s Group, which promotes inclusivity and outreach to interfaith couples and their families, and co-chaired NEXTGen’s Community Campaign. An attorney, Schonberger is also part of the Federation’s Affinities Attorney group.

Mandell L. and Madeleine H. Berman Award for Outstanding Professional Service  The Bermans, both of blessed memory, established this award in 1988 to acknowledge communal professionals and share their accomplishments with the Detroit Jewish community. Amy Neistein, director of Women’s Philanthropy at the Jewish Federation, is this year’s recipient. Neistein has spent her career in Jewish communal service, and since coming to Federation in 1996, has made a significant impact. Her work has taken her from the Neighborhood Project to Israel and Overseas and now Women’s Philanthropy, where she leads the department’s yearly effort to raise $6 million for the Annual Campaign. As a builder of community and relationships from Detroit to Israel, Neistein embodies the essence of a truly outstanding Jewish professional.

You can watch the tribute videos for all the awardees here. 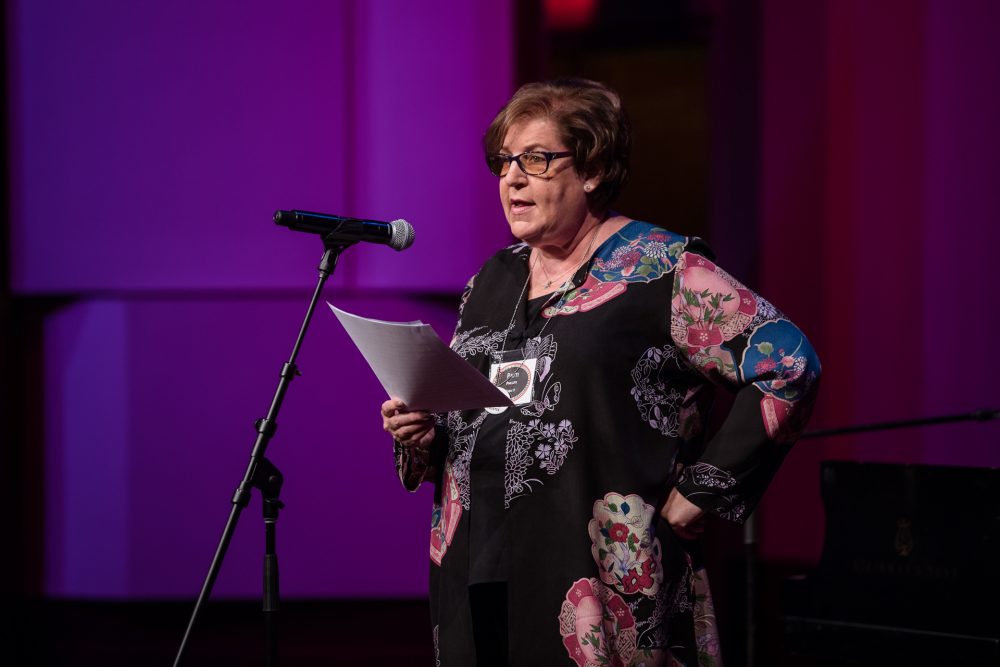 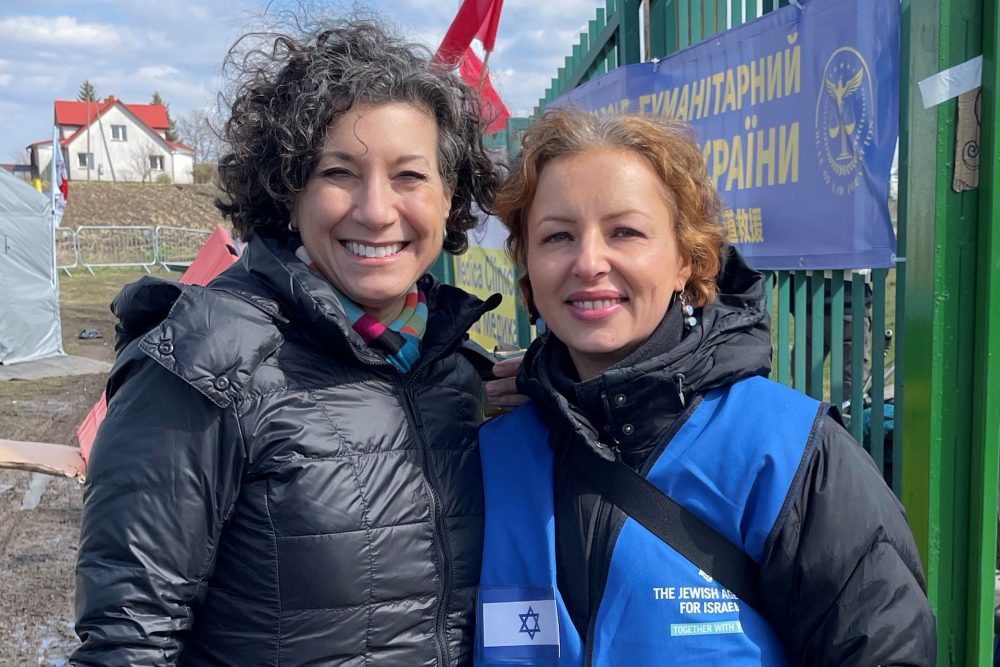 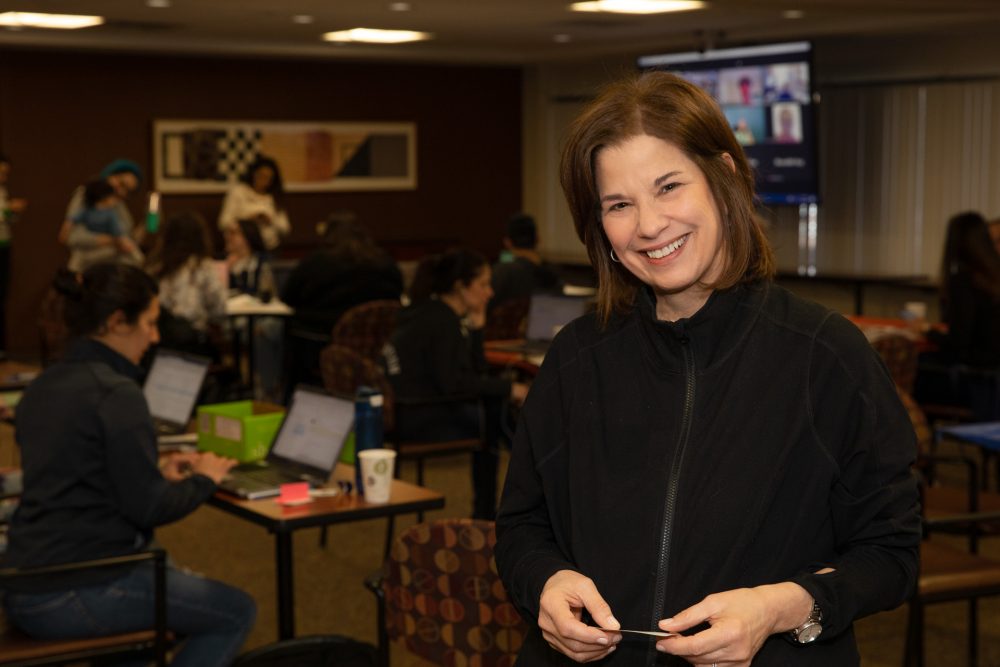