Let the record show that David Contorer, Executive Director of Hebrew Free Loan Detroit, does not want to be the subject of the interview you’re about to read.

“I didn’t realize the story was going to be about me,” he said, visibly crestfallen. “Oh, no, that’s not interesting.”

Contorer’s humility in many ways embodies the organization he has served for the past decade. Hebrew Free Loan (HFL) is one of the oldest and most impactful organizations in our community, with nearly $15 million in outstanding loans presently helping more than a thousand individuals, businesses, and organizations — yet relatively few readily talk about it.

Much of that is by design. Whereas many Jewish groups aim to create experiences you want to relay to others — a summer at Tamarack, a trip to Israel — a typical success story for HFL is a loan quietly granted and quietly repaid. That’s been the way of things for the 125 years HFL Detroit has been in existence and probably has been true since Biblical times, when the whole notion of providing interest-free loans for fellow “Hebrews” got started.

“Our mission statement is from the Torah, and we’re carrying it out thousands of years later,” Contorer said.

Of course, the modern landscape looks quite different than ancient Judea or even 1990s Detroit, when HFL helped absorb the last wave of Jewish immigrants from the former Soviet Union. Although access to credit has, if anything, become more important, the potential uses for that credit have evolved. To keep the organization relevant even as other HFL chapters have closed, Contorer has had to do a lot of things worth talking about.

“[David] will be reluctant to say this about himself, but.. he’s helped take us during his 10 years into areas beyond traditional personal loans,” said David Kramer, who became president of HFL’s board last June. “I would say also that because among his many great attributes is fundraising and community relations, not only have we gone into those areas, but he’s helped us to raise the money so that we could actually make loans.” (Since Kramer is also modest, he did not add that HFL also counts on a highly professionalized, deeply-involved board to review each and every application and that he, as a principal at a risk management firm, is uniquely qualified for the task.)

Individuals in need can and do still get personal loans from HFL, but so too, can people looking to fund fertility treatments — including those going through it alone or with a same-sex partner. HFL will also lend money to people trying to afford college or to start a small business, such as Scrubbers, the dog grooming shop where we met and took photos.

“From the Torah to the Koran, to micro-lending, a free loan is an ancient tool,” said Contorer. “To not hand someone a dollar, or shekel or a Kopek but rather, to hand them a contract. It’s such a dignified, Jewish way to help someone.”

We managed to get Contorer to tell us a bit about himself — he let slip that he’s from Oregon and that he likes cycling and crossword puzzles — but more so about the work that fuels him.

“Chicago tells me that they don’t need a Hebrew Free Loan — they really phased it out after the Russian absorption after the mid ‘90s. I say, You are missing the boat, because interest-free loans are like stem cells. They can morph and be used for almost any situation.

I don’t want people to think of it as in the shtetl, where money only goes to the destitute. We will always help those people, but, hey, do you have a dream to start a food truck, dog grooming, or cheese shop? We can help you. Interest-free loans are…not just for someone who is indigent. Middle or even upper-middle-class people can benefit.”

“Right now, frankly, our biggest challenge is making sure that everybody who could benefit from our interest-free loans knows about it. So we’re doing some real targeted marketing in the Orthodox community. We have a whole program to help with IVF and fertility options, getting into the niche of Jewish families that are having challenges, which is super confidential. David [Kramer] and I are working on efforts to reach out to teens, so they know all about our college program. And we go around the state, because we’re statewide.

I was like the traveling Jewish gnome. I went to Marquette [where HFL helped the community relocate and remodel their synagogue]. I went to conferences in Petoskey, Kalamazoo, and Flint. [I] go in person and say to people, “I’m not selling snake oil — you have people in need. Connect them to us and we’ll help them.” Our biggest challenge is still getting the word out.”

It’s a little like Shark Tank, except we’re nice

“A lot of startup capital doesn’t come when you have a new idea and you don’t have a track record. And all the banks will tell startup entrepreneurs “No” right off the bat, unless they have all kinds of backing behind them. So Nikki [Budaj-Chatfield, owner of Scrubbers] and most of the other 132 people that we’ve helped over the last 10 years — and for the 120 years before that — are people who really needed the capital to either start or expand.

Nikki was one of our first businesses in 2012. And she said right off the bat, ‘I just want you all to know I’m really nervous. I know a lot about dogs and grooming, but I don’t know a lot about how to present financials. I just said, Nikki, take a deep breath, we’re here to help you; tell us your story. And she did.”

Hashem is not a credit score

“This is a loan — it’s not a handout. Hashem is not a credit score. “Hashem will provide” is not an answer at HFL.

The biggest challenge any of our people who come to us face is getting co-signers. You need at least two co-signers on our loans. That’s the magic — turning to someone, even a close family member, and saying, “I have a need.”

It’s a little easier [if the need is], “I have a dream to launch.”…That’s different than “I’m in debt” or “I can’t pay my mortgage,” or “I’m in an abusive relationship, and I need some financial help to get away from this person who is hurting me.” Those are super private things to be able to reach out about. Super taboo. And we tell our people, a lot of times, that’s the limiting factor. Someone might be approved for a loan, and they never get to sign off. And that’s a sad thing.”

Not just in the Torah, but the Quran as well

“We are limited by our mission here in Michigan to help the Jewish community, but I spend a lot of my time when I’m not sitting at the Hebrew Free Loan office working in Detroit with non-Jewish communities. We now have a formal partnership with a charitable organization called Black Leaders Detroit…they’re launching an interest-free loan pool, just like ours, to help Black entrepreneurs in the city.

I’m very dedicated to helping other communities. We don’t have a patent on this. We work with the Arab American community, we work with the Chaldean community. It’s mentioned in the Quran as welll —you should provide an interest-free loan to a fellow Muslim who is in need.”

“My predecessor, Mary Keane [executive director from 2000-2011] really brought the organization into the modern age. I was handed this well-oiled machine. What I did best was to use my big mouth to talk to donors. Mainly major foundations. Enhancing our relationship with Federation [which now provides nearly a quarter of HFL’s operating budget].

It’s been a wonderful 10 years. Now that I’m 52, I’m no longer that young guy who says, “I want to do this, this, and this”. I’m really happy where I’m at. I’m using my brain, heart, soft social skills, humor, and schmoozing to make peoples’ lives better.” 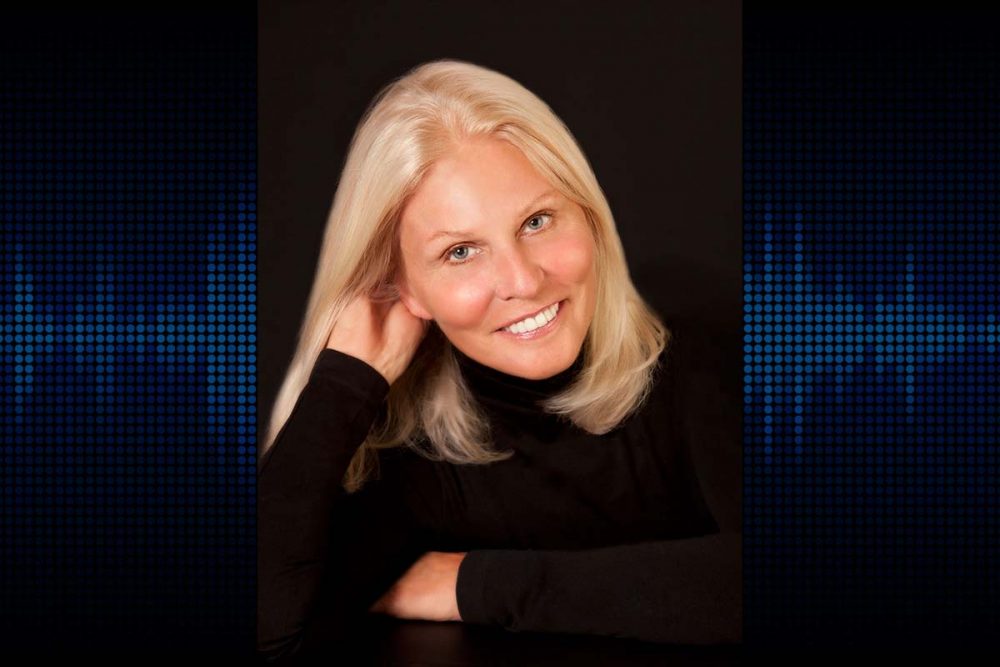 What am I doing today to help someone? It’s a question we should all be asking ourselves, just like Linda Schlessinger-Wagner. On this episode, co-hosts Sam Dubin and Beverly Liss… END_OF_DOCUMENT_TOKEN_TO_BE_REPLACED 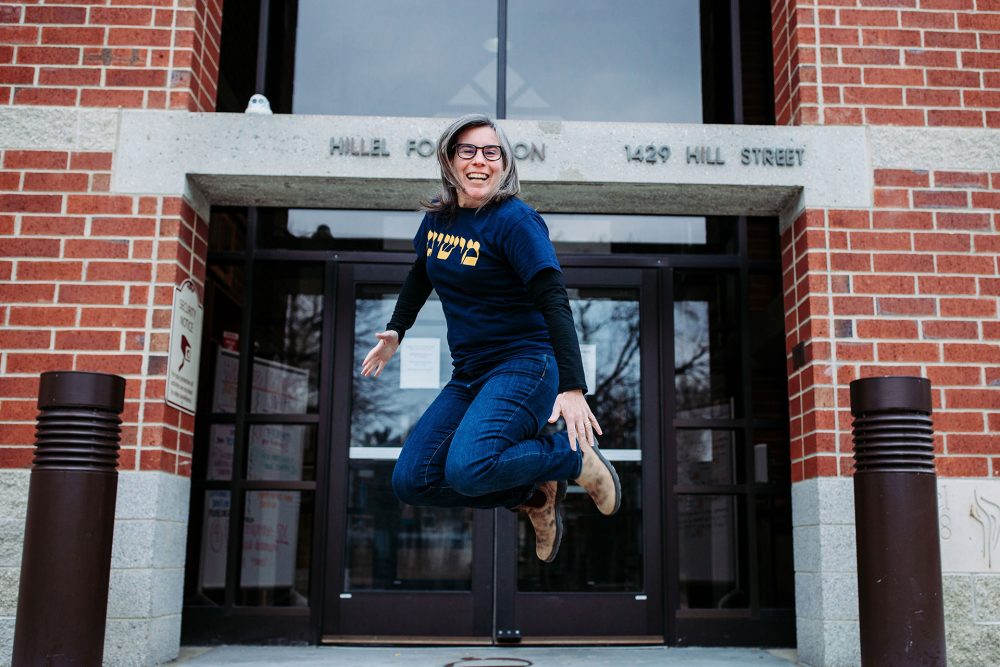