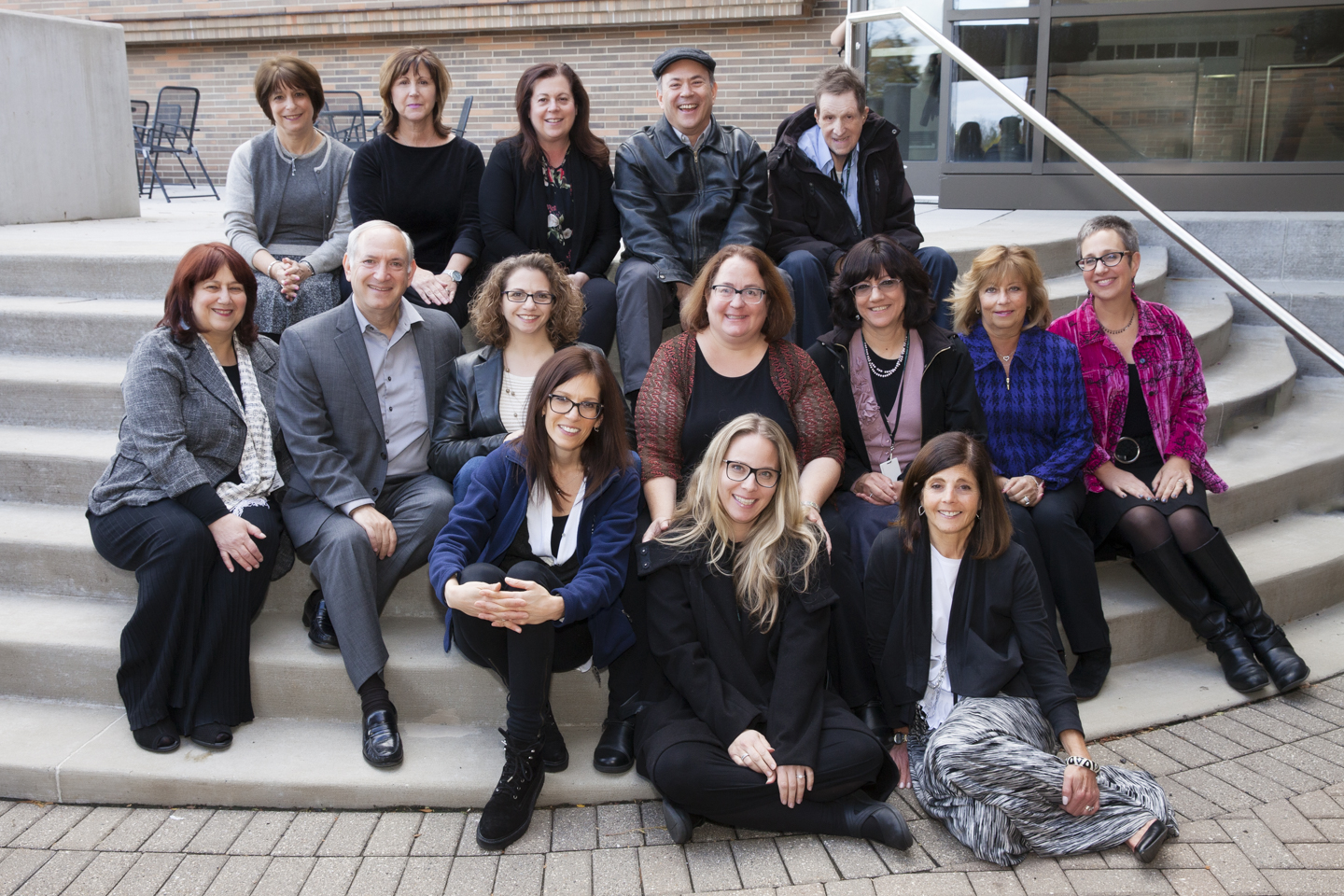 What is Jewish time? And how do we make more of it?

How can Jewish learning improve our lives?

What does Jewish education mean when everything we need to know about being Jewish can be found by asking Rabbi Google or Rabbi Siri?

Never one to shy away from tough questions, particularly in the realm of Jewish education, Jeffrey Lasday, Chief Operating Officer at the JCC, now finds himself central to the process of reinventing the educational landscape of Jewish Detroit. 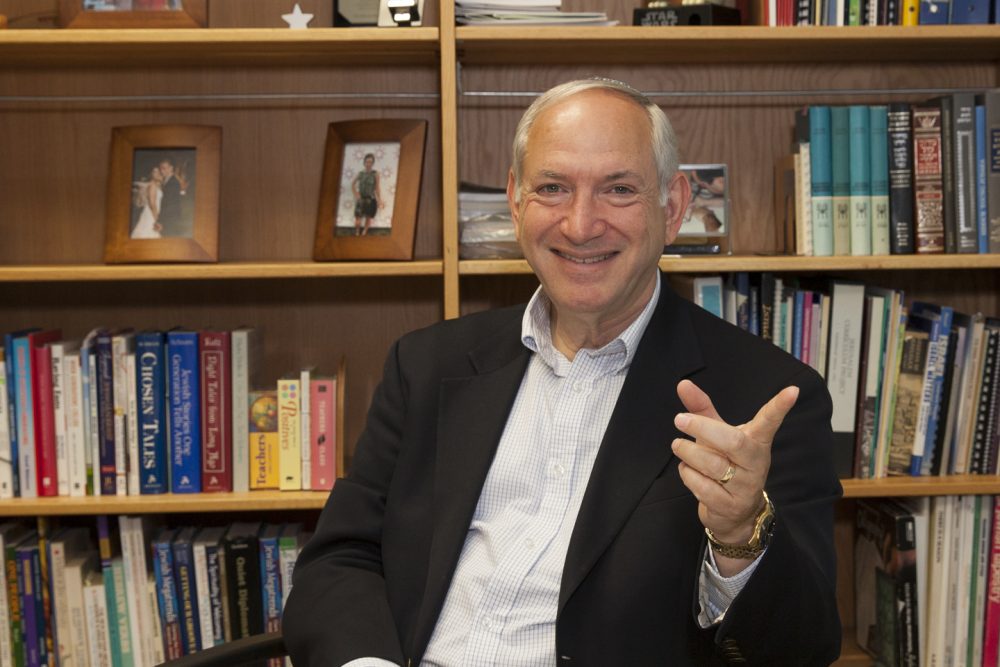 “We envision a ‘J without walls’ — building and strengthening our community hub for Jewish life.”

A bold move to the JCC

“Jewish identity is radically changing. Our Jewish world is radically changing. Therefore, the way we provide Jewish education also must change,” says Jeff. “Our move to the JCC is part of an overall strategic plan, envisioned by JCC CEO Brian Siegel to transform today’s JCC into a new Center — conceived to set the stage for a stronger, more cohesive community platform for Jewish education, identity-building and cultural programming. We imagine a “J without walls” — building and strengthening our community hub for Jewish life.”

Though the JCC will continue to provide a solid home base for programs in the Kahn Building on the Eugene & Marcia Applebaum Jewish Community Campus, the new J Center is conceived to meet Jewish families and learners where they are and in ways they want to engage – in classes held at the Max M. Fisher Federation building or events and programs held at locations convenient to users in Oak Park, the Woodward corridor, downtown and other venues around the city.

Q & A with Jeff Lasday

Described by colleagues as an architect of Jewish education – “a master in his field, a big picture thinker – simultaneously visionary and detail oriented – a low maintenance guy fully capable of getting big things accomplished,” Jeff Lasday moved in May 2017 from Senior Director, Community Development at Federation to Chief Operating Officer at the JCC. What lies ahead at the JCC? In a recent conversation with myJewishDetroit, Jeff shared his insights.

Jeff: Traditionally, Jewish education was about survival – the knowledge you needed to be Jewish and continue that Fiddler on the Roof concept of tradition and Jewish peoplehood. Today that concept doesn’t resonate with Jewish learners. Jewish learners have moved from a survival mode to thriving, asking the questions, “What does Jewish education mean to me, how will it make me a better person, what relevance does it have to the world in which I live today?”

myJewishDetroit: So, what does it mean to be a Jew today?

That’s one of the questions we ask all the time. To be sure, there are vast differences among Jews about what it means to be Jewish. From Jewish population surveys – and according to a Pew Research Center Survey asking Jews about their religious identification, we learn that there is a large and growing number of U.S. Jews who say they have no religion. And yet, the reports also show that people are taking great pride in being Jewish.

In other words, Jews of “no religion” still consider themselves Jewish by association, ancestry, culture and values other than religious observance. This is not just a Jewish phenomenon. Across America today, we’re finding that people are dropping out of religious institutions – church memberships and attendance is down as well as in synagogues. We are moving from a strong religious identity to a tribal, cultural sense of peoplehood. And so, we have a generation now searching for spirituality –  yet not finding it in our traditional Jewish organizations.

So, if you are in the business of educating Jews, you ask, “In what ways can we change our traditional Jewish organizations in order to better identify what people want and need?”

myJewishDetroit: What’s the difference between religion and spirituality?

I love quoting a Facebook posting which poses that very question and states, “Religion is sitting in a synagogue and daydreaming about kayaking. Spirituality is kayaking and thinking about God.”

Across America we have people searching for meaning and connection through new pop-up organizations. Here in Detroit, we have The Well, Hazon, Repair the World, Jews for Justice and others speaking to Jews in ways that are different than our traditional JCCs, Federations and congregations.

Recently, on a Judaism Unbound podcast (Episode 21) by Daniel Libenson and Lex Rofes, I came across another great piece, asking the question, “Is Judaism more like an operating system or an app?”

Think of an operating system on a phone: It runs the device, it’s everything. To follow the analogy, we find that Judaism is an operating system– the voice through which we speak, the lens we look through, the way we might think about life. If Judaism is an app, then we use it when we need it, and tuck it away among the many other apps we choose to access.

myJewishDetroit: So, what do we know about Jewish education that will survive – and thrive – in the 21st century?

What we do know about Jewish education is “more is more.”

If we want to impact Jewish identity – we know that day school has a greater impact than congregational school. If you continue congregational school through high school, it has a more lasting impact than if you drop off after elementary school. More immersive and experiential programs such as youth groups, camping and trips to Israel have greater impact on Jewish identity formation than less intensive programs.

However, one institution alone isn’t strong enough or inclusive enough to create Jewish identity. As a community our goal needs to be to create a deep combination of different overlapping experiences that reinforce one another, all bound up by the influences of family and home life. We need to expand experiences of “Jewish time.”

myJewishDetroit: What is Jewish time?

If you dig through the statistics in our religious schools, children are coming for fewer years and fewer hours. Where there used to be a bell-shaped curve where children started in first, second or third grade, more and more are coming into the system in fourth, fifth and sixth grade through bar and bat mitzvah, then dropping off at eighth grade. So, one of the challenges for Jewish educators today is to expand Jewish time, to provide as many formal and informal life experiences that are perceived through a Jewish lens.

myJewishDetroit: How do you envision the ways the JCC might expand Jewish time?

With our move to the JCC, we’re looking at Jewish education as a continuum of choices for lifelong learning, beginning with our Jbaby program and early childhood centers and building closer ties with our congregational and day schools. And we know, as our JFamily tagline says, that “educating the child without educating the parent is like heating a home and keeping all the doors and window open.” So, if we want to impact Jewish identity, we must embrace our JFamily program as the gateway to more Jewish time – filling in the gaps for busy parents.

myJewishDetroit: What would the new educational model at the JCC look like and how would it work?

That’s what we’re working on now, looking for opportunities to bring agencies together in collaboration as a new model – a catalyst for moving the JCC from a membership organization to an inclusive community platform that works in partnership with congregations, day schools, agencies, youth groups and other organizations to create a vibrant hub for educational, cultural and recreational programming.

The Jewish Ed Department now at the JCC is in transition and working closely with the other JCC departments to transform the organization, not only by providing formal and informal education for its own members, but also by collaborating with like-minded partners to expand and deepen Jewish education opportunities for the entire community.

myJewishDetroit: What do you know that’s working now in other Jewish communities around the country? Are there other Jewish educational models you might follow?

What we’re doing here in Detroit is special. Though JCCs across the country have traditionally been involved in providing informal Jewish education experiences, it is unique that our JCC is now charged with going beyond its walls to provide professional support to our Jewish educators in addition to working as a Jewish education planning partner with Federation.

In contrast to a 20-year trend, where Federations across the country have increasingly taken on direct services that were previously provided by independent central agencies for Jewish education, we’ve moved away from that platform and have empowered our JCC to take on this important communal role. Federation is to be commended for its willingness to contract and give up a very highly successful service in order to empower the JCC for the betterment of the overall Jewish community. That new model, under one tent, a “J without walls,” will forge new partnerships, pool our community resources and build our capacity for a new educational paradigm – offering more “Jewish time” and places for creative programming, professional development, improved curricula and community outreach for special needs and all learners.

In the months ahead, we’ll start to see our plans come to life, so stay tuned. 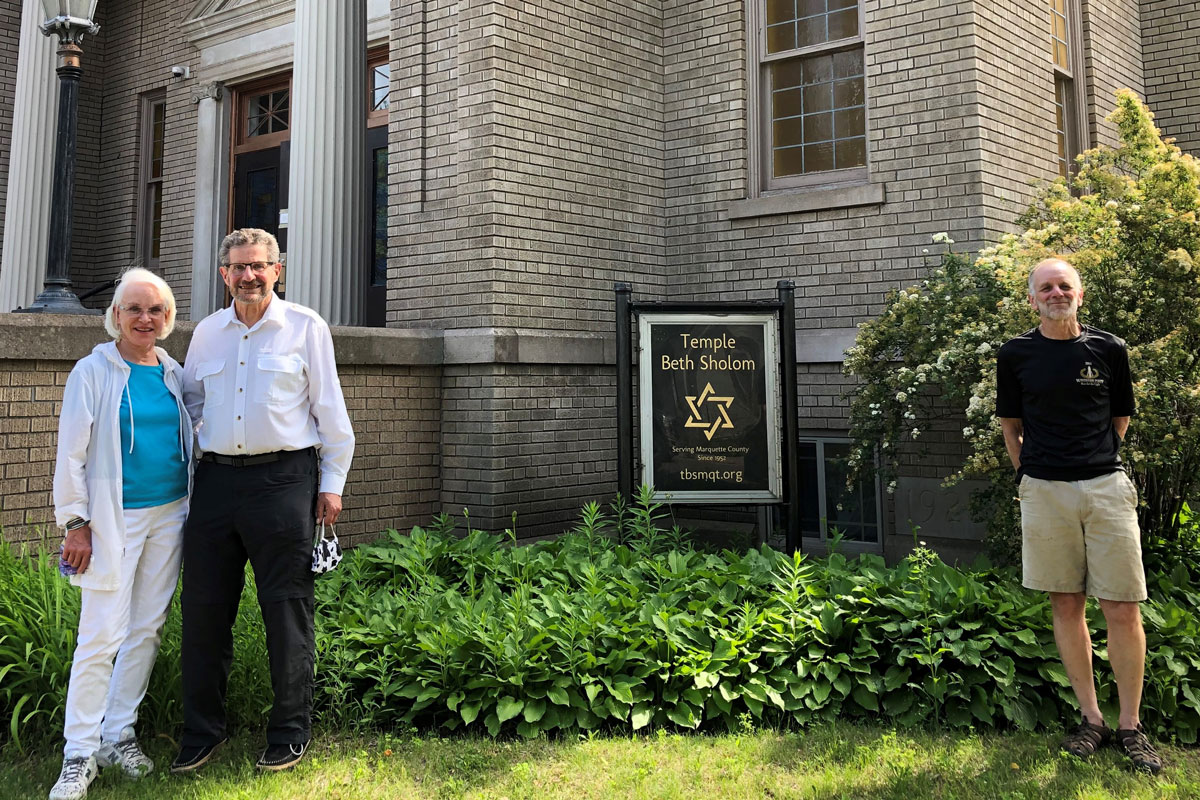 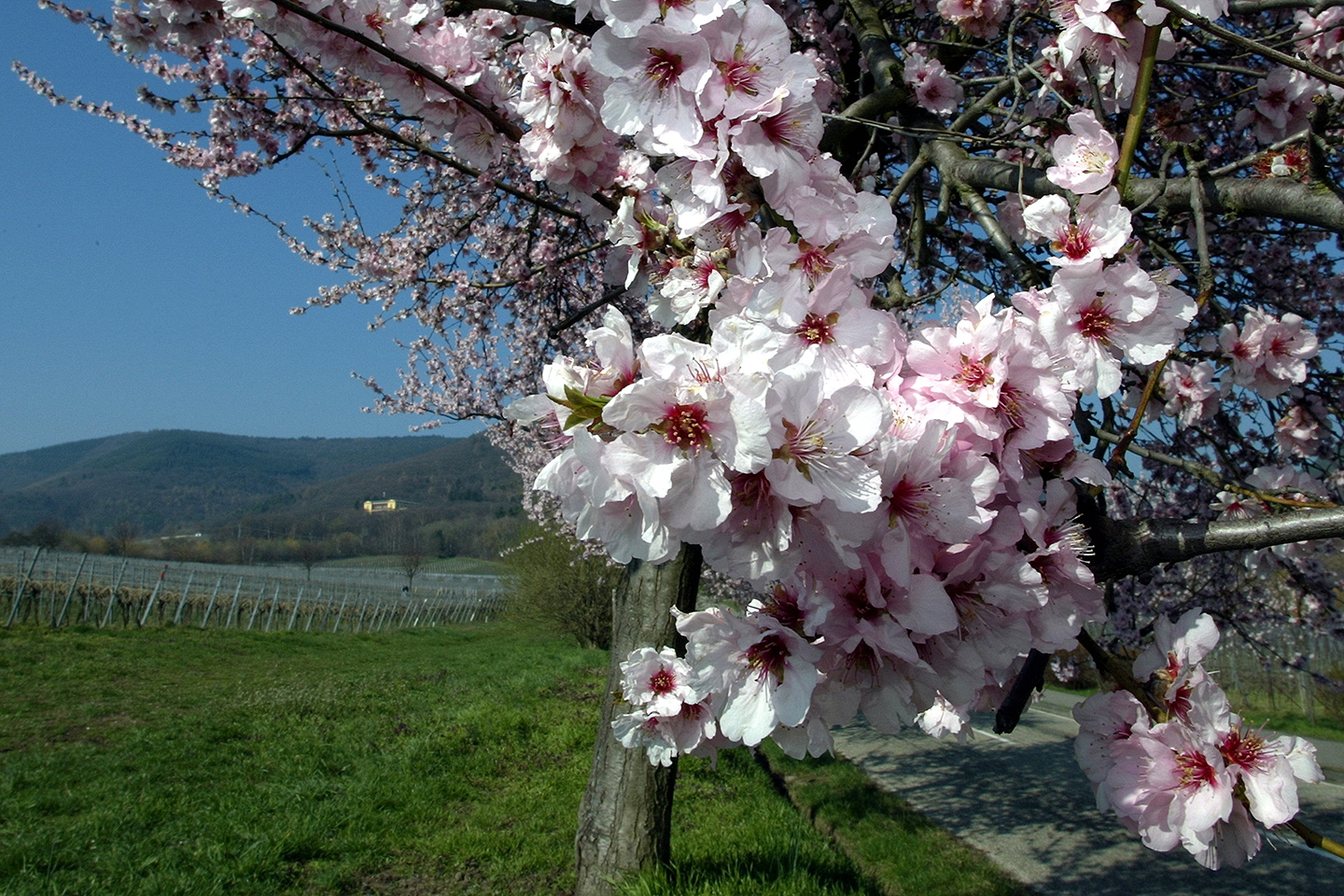 A Honey of a Cake and More