What are the most important health and social welfare needs in the Jewish community?

What services do people need and which ones do they want?

Which services do community members feel should be provided by the Jewish community and which ones can be accessed through the general community?

What are Jewish teens’ greatest concerns and what types of help are they seeking?

These were exactly the kinds of questions that The Jewish Fund and the Jewish Federation of Metropolitan Detroit sought to answer through the 2016 Jewish Community Health and Social Welfare Needs Assessment.

“We often make assumptions about what core services are needed most by the Jewish community, and we wanted instead to get the data so that we and our agencies can ensure we’ve got the right services in place and that they are funded appropriately,” said Karen Sosnick Schoenberg, Chair of The Jewish Fund’s Board of Directors. “Additionally, this data will give all of our key stakeholders from local foundations, such as The Jewish Fund, and our agency leaders, the information they need to plan for the long term health and vitality of our community.” 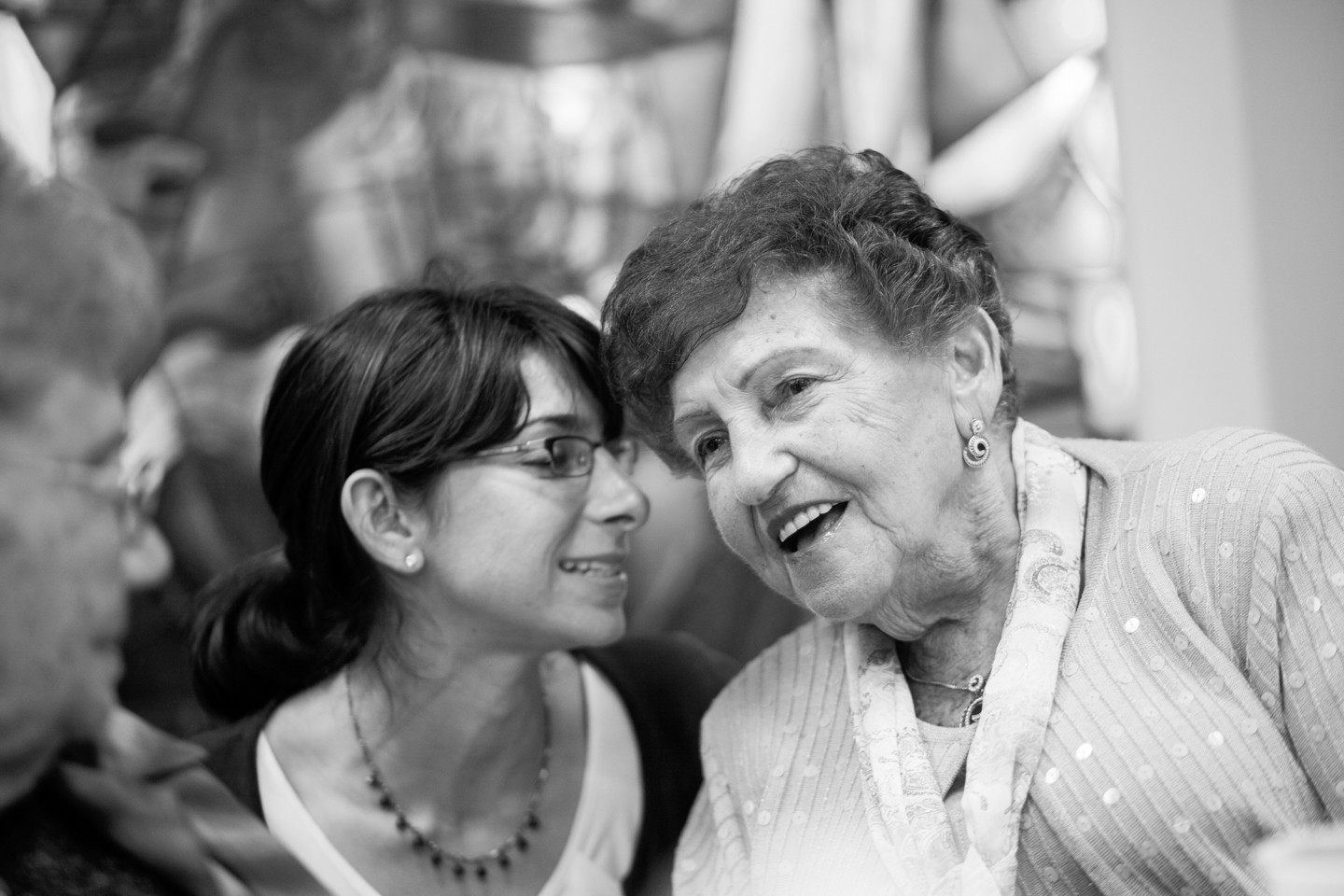 The Community Study took place in two phases. During phase one, Jewish teens 13-17 years of age, Jewish adults 18+ years of age and agency staff members were all invited to take an online survey which was available from February 17, 2016 through March 9, 2016. Demographic survey questions sought information about respondents’ age, county of residence, zip code, household income, Jewish religious affiliation and number of children living inside and outside of the household. Additional questions invited survey participants to evaluate 63 different health and social welfare services and identify which ones were most needed by themselves and the community. Respondents were also asked which ones they believed should be sponsored by a Jewish agency. In total, 230 teens, 1,400 Jewish adults and 157 agency staff members completed online surveys.

After phase one was completed, focus groups were held with 24 Jewish communal professional leaders so they could provide their impressions of needs in the community and also react to the survey data. All of the Jewish community’s social service agencies, both Federation agencies and non-Federation agencies alike, were represented. Focus group participants were provided with the survey’s key findings and shown a chart which detailed the top needs as identified by community members and agency staff. The participants also were told which services were identified by the community and staff as services that the community’s social service agencies should provide.

“The information about their health and social welfare needs provided by members of the local Jewish community gives us critical information that can be used to develop a thoughtful and strategic long-term plan,” said Linda Blumberg, Federation’s Planning Director. “In its role as convener, Federation looks forward to getting all of our key stakeholders around the table to talk about how we best care for our teens, adults and seniors in both the short and long term.” 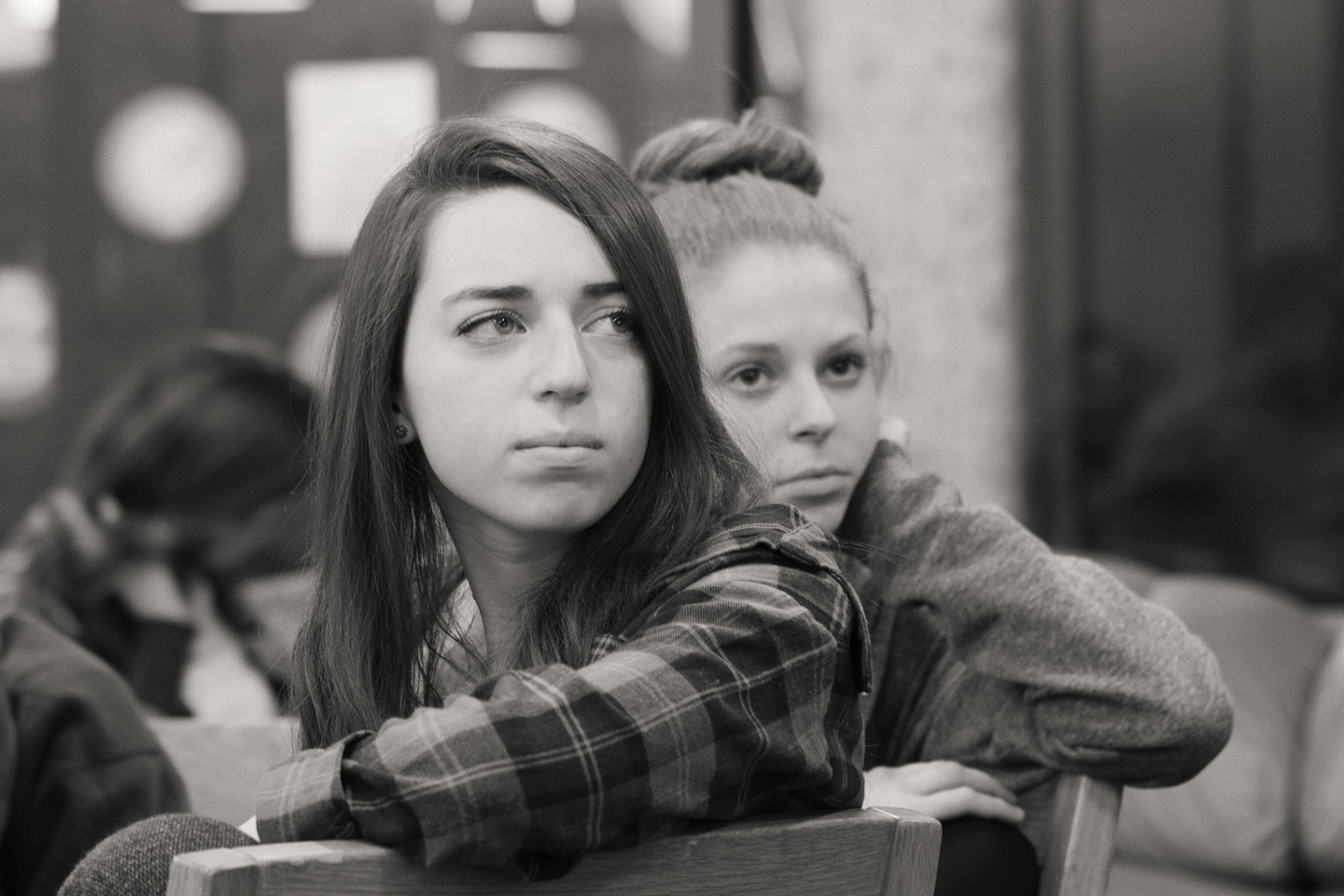 After the survey and focus groups were completed there was agreement between the community and agency representatives that the community’s most needed services align with an aging population.  Of the programs and services currently provided, nine services continue to be most needed and four programs/services have decreasing demand.

Looking at the community as a whole, services that were most needed align with an aging Jewish population. There is agreement that the kinds of services traditionally offered to older adults and seniors are among those most needed in Jewish Detroit. The data also showed that the vast majority of agency staff believe that needs are increasing somewhat or greatly and that people who care for children or adults with a disability have very high needs that perhaps are not being sufficiently met.

Interestingly, while agency staff did not indicate that fitness/exercise programs were a top need, 29% of community members said they were and this was the highest percentage of all services noted in this category. Additionally, 51% of community members strongly or somewhat prefer that this service is offered by a Jewish agency. It is not clear if this is a response to the recent closure of the Jewish Community Center’s Oak Park branch, or whether there are other factors at play. For example, the desire for fitness and exercise programs is higher among those who care for an adult with a disability, compared to other household types.

Program and Service Awareness is Low

Across the many different social services agencies in Jewish Detroit, there are hundreds of services for children, teens, adults, older adults, people who are disabled, individuals who struggle with mental illness or dementia, and many other constituencies. The Community Study reveals that the majority of community members are not aware of the breadth and depth of services available to them. When asked why they did not use a particular service that is offered by a Jewish agency, the top answer was that respondents did not know help was available. This view was shared by Jewish communal professionals who completed an online survey as well as professionals who participated in focus groups. Not knowing where to go to get help and concern about the cost and stigma associated with a service were other barriers identified by the community.

This awareness finding suggests that existing marketing campaigns and tactics, executed by both Federation and its agencies, should be assessed for effectiveness. Additionally, before any changes to existing marketing campaigns are made, agencies should consider whether they have the right infrastructure in place to care for the additional clients who would visit agencies if awareness increased. 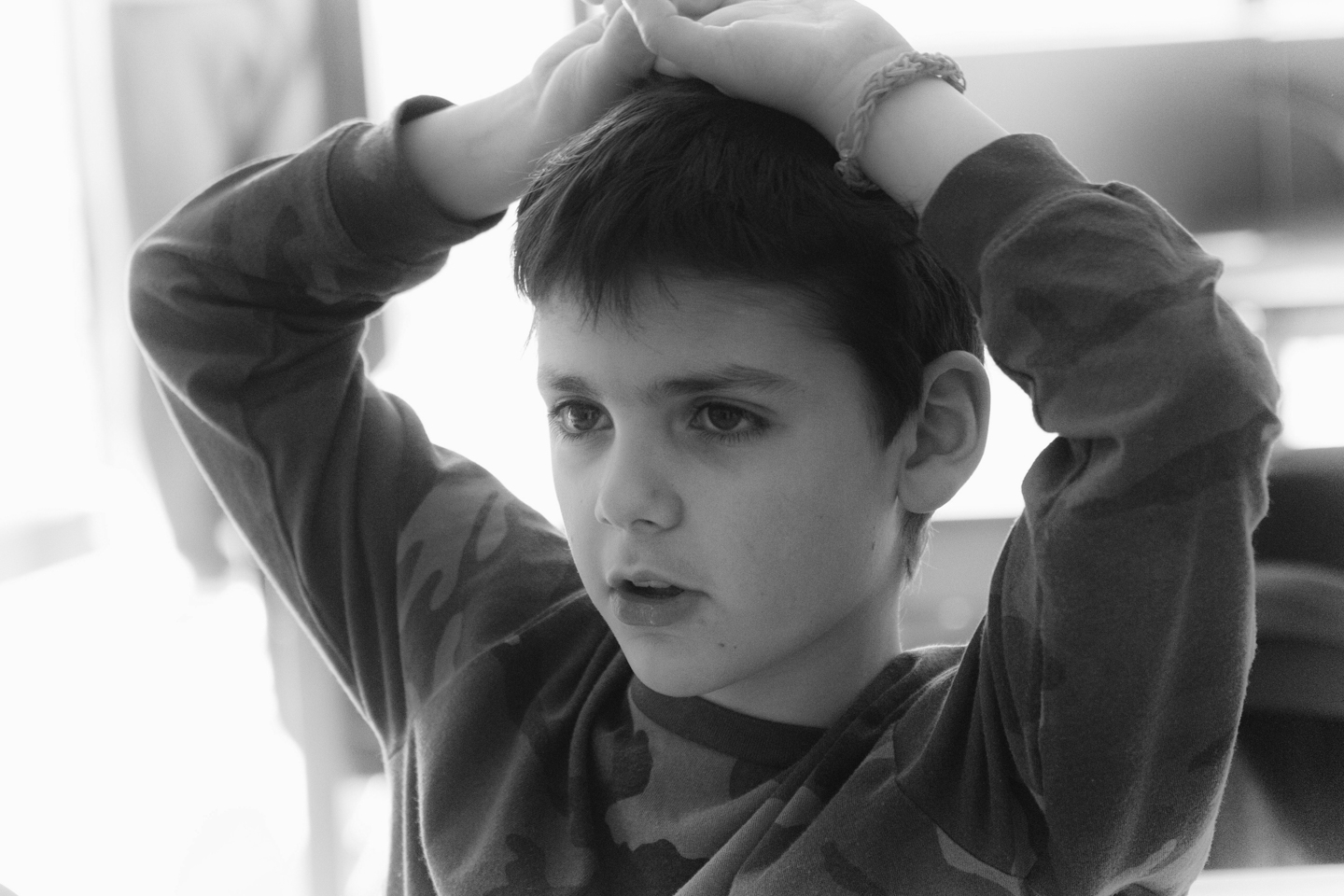 Historically, Jewish agencies added services they thought were most needed by the Jewish community, even if offered also by a non-Jewish agency. The overlying strategy was that Jewish Detroit ought to have a diverse array of offerings to support the entire Jewish community. However, in an era where governmental funding is shrinking and donor fatigue can make fundraising difficult, agencies must make difficult choices about what programs and services to offer, which to limit and which to retire or transition. Results of the community study will help:

The findings illustrated in the above chart above suggest a presumption that a Jewish agency will best understand, and be sensitive to, a Jewish client’s religious or cultural needs. The flip side of this finding is that there are certain services community members don’t strongly or don’t somewhat prefer are offered by Jewish agencies. Respondents apparently do not feel that the success of these services is dependent on whether or not a Jewish agency is providing the service.

As Jewish communal agencies consider what services should continue and which they should limit or transition, the Community Study can be used as a guide. To the extent an agency is seeking to align its service offerings with those the community prefers be offered by a Jewish agency, it should consider programs and services which require Jewish religious knowledge or cultural sensitivity.

In a world where gaining admittance to college is more difficult than it has ever been before and social media applications make bullying as easy as sharing an embarrassing photo, it is no wonder that teens across the country in communities large and small, diverse and homogenous, are suffering from mental health concerns. Unfortunately, this disconcerting trend has hit Jewish Detroit, as well.

Academic or performance pressure appears to be a significant reason for teen’s behavioral health challenges.  Fifty three percent reported that they struggle with academic pressure and 48% indicated that they have difficulty with schoolwork. In addition, 25% are challenged with an eating disorder, 22% said that bullying was a struggle, and 17% have challenges with drug use. 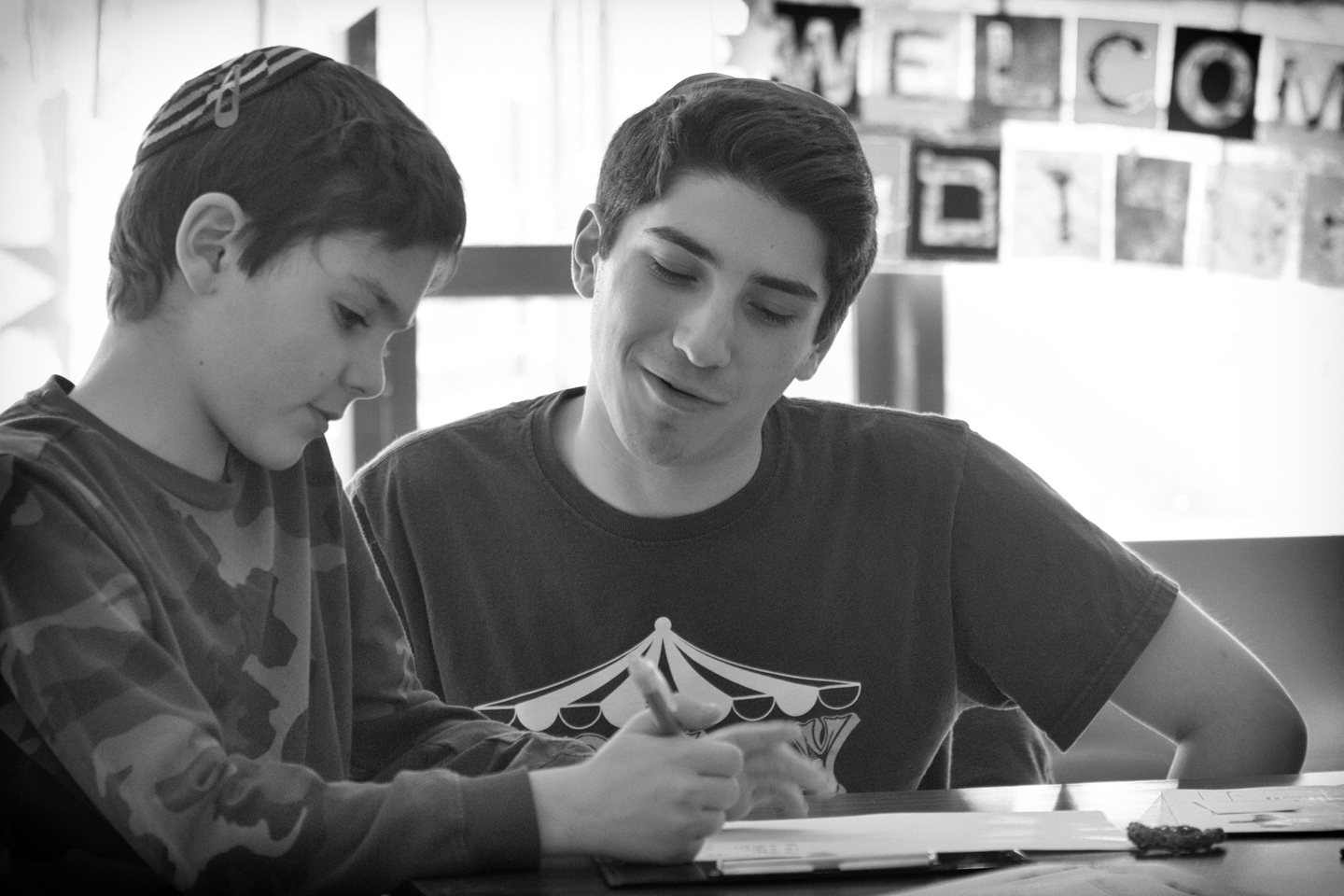 The Community Study provides Jewish Detroit communal agencies and institutions with a significant amount of important objective data it can leverage as it engages in long-term strategic planning. In the weeks and months ahead, while Federation and agency leaders make decisions about programming, service delivery, and how to promote their services, the study should serve as a very useful guide. Additionally, the research points out areas of concern on which the community should immediately focus such as lack of awareness of existing services.

Another finding of the study was that Jewish communal agencies are looking to Federation to guide internal and external collaboration. Agency staff see the need to re-evaluate the Jewish community’s scope of services due to changing service needs and demand.  Federation intends to do exactly that, using the data as a springboard to convene local Jewish agencies and explore together the short and long-term health and social welfare needs of the community. This will include development of a comprehensive, collaborative plan to ensure agencies are providing the right services today, tomorrow and well into the future and doing so in the most cost effective and impactful way possible.

For additional data and reports about the Community Study please visit www.jfmd.org/communitystudy.

If you have questions about the Community Study please contact Todd Krieger at krieger@jfmd.org.

JFS: How we responded to Covid