Most couples celebrate their 50th anniversaries by taking a bucket-list trip, throwing a party, or exchanging presents.

But when Susie and Norm Pappas of Bloomfield Hills reached their half-century milestone last summer, the couple — both longtime community leaders and benefactors — decided to mark the occasion in an entirely different way: by giving a gift to their community. “Norm wanted to do something special in honor of our anniversary,” Susie said.

So when the couple was presented with the opportunity to sponsor a new, first-of-its-kind initiative dedicated to training future female community leaders through the Women’s Philanthropy department at the Jewish Federation of Metro Detroit, they knew they had found the perfect way to mark their commitment to each other — and a cause close to both their hearts.

“When I got involved in [Federation’s] Women’s Department 40 years ago, I started knowing nothing and eventually got to the top,” said Susie, a former president of Women’s Philanthropy, Annual Campaign chair, founding member of the Jewish Women’s Foundation, and veteran of numerous boards and committees. “That journey was very significant for me, and I look forward to seeing other women take it. Training them to step into leadership roles is the way to do it.”

Norm, too, has an extensive history of community work: In addition to many Jewish and secular volunteer roles, he’s a former president of the United Jewish Fund (Federation’s fiduciary arm), Annual Campaign chair, and recipient of various awards, including the Frank A. Wetsman Young Leadership Award and the prestigious Fred M. Butzel Award, the highest honor for volunteers in the community.

Together, the Pappas’ are known for their innovative and entrepreneurial approach to leadership — they even created an award, the “Pappas Prize,” that fosters out-of-the-box thinking at Federation. Every year since 1998, the honor has recognized a Federation staff member for implementing an innovative concept that benefits the organization and community.

The Inspire Campaign Leadership Program, reflects their forward-thinking vision.  Launched in May 2021, the Inspire Program brought together 17 women from across Metro Detroit. They had diverse personal and professional backgrounds and ranged in age from their 30s to their 60s, but all had at least two things in common: They were supporters of Federation’s Annual Campaign — though all donated at different levels — and they had already demonstrated “leadership potential” and engagement with Women’s Philanthropy, said Women’s Philanthropy President Sherrie Singer of Keego Harbor, who helped select the cohort.

In fact, Inspire was born from Singer’s recent experience with another Federation leadership initiative focused on building solicitation skills, which are critical to sustaining the organization. Singer found the program so valuable that she decided to create something similar — but geared specifically toward women.

“Oftentimes at [Women’s Philanthropy] campaign events, it didn’t seem many women were signing up to solicit. We needed to give women the tools and confidence to ask others for money.”

She also credits Dulcie Rosenfeld, a past president of Women’s Philanthropy who established the Dulcie Rosenfeld Family Leadership Enrichment Fund in 2006 with the goal of providing women with opportunities for campaign training and leadership development. This fund, and the guiding principle behind it, continue to make programs like this possible.

The Inspire Program would ultimately provide a meaningful leadership experience, training women to become advocates, solicitors and leaders for our community.  Singer, working with Women’s Philanthropy president at the time, Betsy Heuer of Bloomfield Hills, Associate Campaign Chair Nancy Glen of Huntington Woods, and the Inspire Program Co-Chairs Leah Trosch of Franklin and Jennifer Silverman of Franklin, made this a reality.

Over the course of seven sessions — some on Zoom, thanks to COVID — Inspire participants took in presentations from local and national experts in the philanthropy space. (Skillman Foundation CEO Angelique Power and playwright Aaron Henne, who taught a workshop on developing one’s campaign story, were among the speakers.) They also simply bonded with one another.
“It’s always challenging when you bring together a disparate group of women because you never know how the group will gel,” said Trosch, a recent past-president of Women’s Philanthropy. “They loved being in each other’s company, which makes the experience of growing and learning so much easier.”

One thing that wasn’t easy for many of the women: preparing to solicit. While some felt “uncomfortable” asking for donations, said Inspire participant Jayme Kirschner of West Bloomfield, over the course of the program they moved past their hesitation. “At one meeting, someone said, ‘When you’re fundraising, you’re not asking for yourself; you’re asking for somebody who may not be able to ask for themselves,” Kirschner recalled. “I had to put that discomfort behind me.”

Added participant Ilana Block of Huntington Woods, “When we call and ask someone to contribute it can feel uncomfortable, but it’s also a privilege because you’re enabling someone to do a mitzvah. I thought that was a beautiful takeaway.”

Inspire culminated in a three-day trip to New York this past May, where participants learned about women’s philanthropy at the national level while meeting with other women change-makers in the Jewish world. They also toured the city’s Lower East Side to connect with the Jewish-immigrant experience, which still resonates today, as Women’s Philanthropy does a lot of work responding to immigrant crises, including the one triggered by the Russia-Ukraine war.

“We got a sense of the women who were changemakers a century ago, immigrants who were taking care of families, running small businesses, and didn’t speak the language, yet were able to accomplish incredible things,” Block said. “They were setting the table for what we do today. It was motivating, inspiring and left you feeling like we can all do great things for our community.”

As to why a program like Inspire is so important, the group’s leaders say it’s a reminder of the huge impact women make in our own community and beyond. Last year, Women’s Philanthropy’s 4,000 donors raised $6 million for Federation’s Annual Campaign. “We have a different set of tools, a different perspective,” Trosch said. “It’s incumbent upon us to prepare other women to take on leadership roles because we are needed … sitting at the table and part of the conversation.”

From a fundraising standpoint, “Women have the ability to create a special connection with other women,” Susie added, explaining that those soliciting on behalf of Women’s Philanthropy are typically assigned to call on other women. “Their asks are very heartfelt. That outreach, woman to woman, is special.”

While the Inspire women officially “graduated” from the program in May, their work is not done. Federation’s 2023 Annual Campaign kicks off this month, and each woman has been assigned a leadership role, whether it’s spearheading phone-a-thons or organizing other fundraising events.

“They’re all being plugged in now to put their skills to work,” Singer said. (This year’s goal is still being set, but she said that based on growing needs in the community and the rising costs of goods and services due to inflation, it’ll top last year’s total.)

“The women in this group are so passionate and excited to help with Federation’s mission and to raise the necessary funds to help our community,” Singer said. “If we can develop future women leaders for Women’s Philanthropy and other causes, we have succeeded … and I think we’re already reaping the benefits.”

Federation Women’s Philanthropy has a place for women at every stage of life to get involved with and support the community, from events and programs to hands-on volunteering and leadership positions. To learn more or connect with Women’s Philanthropy, contact Amy Wayne at: 248-203-1483 or awayne@jfmd.org 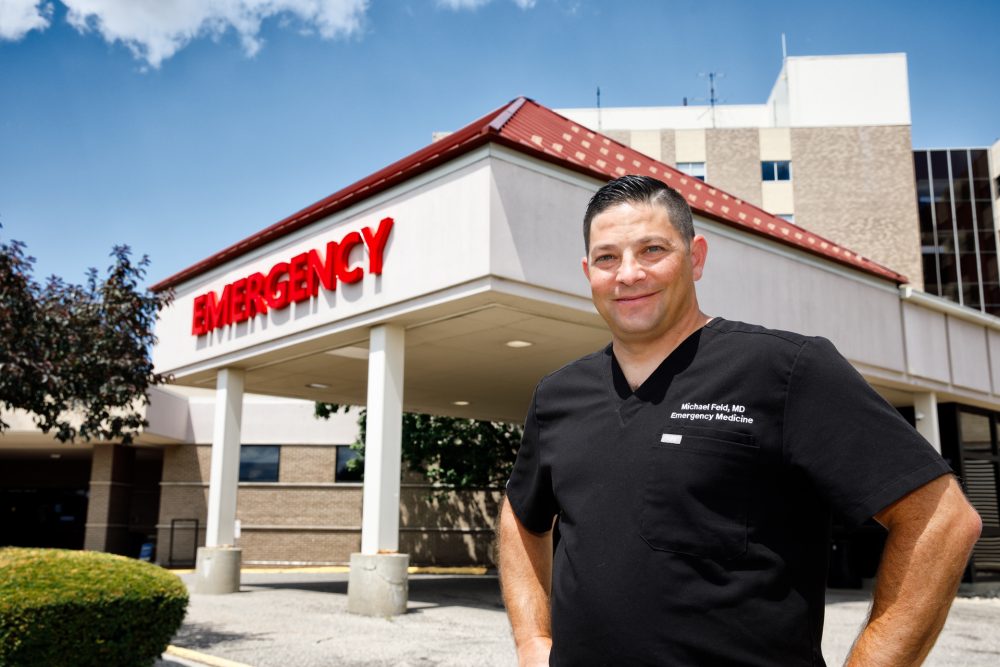 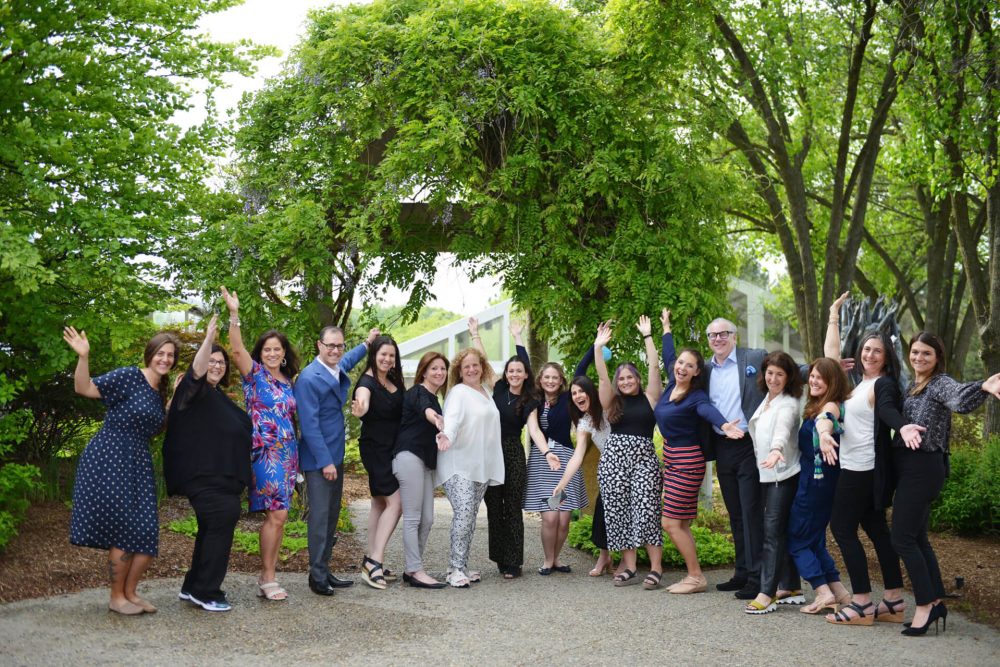