Say you wanted to move into the city. Where would you begin to look? An apartment downtown? A trendy loft in Midtown? What do you know about the adjacent neighborhoods of Lafayette Park or Woodbridge, the growing potential of the Eastern Market, the Riverfront, the Gold Coast or the quiet, tree-lined streets of the Villages?

In search of Detroit’s next up-and-coming neighborhoods and curious to learn about the real estate market attracting new residents to the city, I called City Living Detroit, a full-service real estate brokerage headquartered in the Willys-Overland Lofts in Detroit’s thriving Midtown. There I met the company’s founder, Austin Black II. 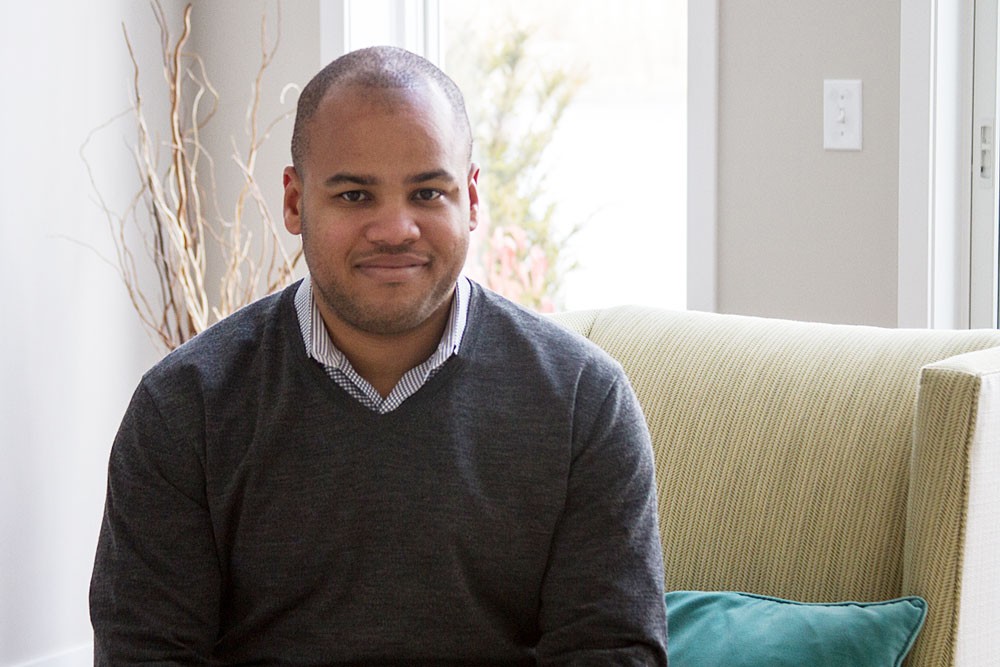 At 33, Austin Black is well-known in the community as a go-to-guy for city living in the D. And he knows his cities. Austin is a graduate of Cornell University, where he earned a Bachelor of Science in Urban and Regional Studies. As an undergrad, he interned in Washington, D.C., for the Brookings Institution’s Center for Urban and Metropolitan Policy, studied abroad in Rome, and while in Italy, he visited more than 20 cities to study urban redevelopment projects.

An entrepreneur, passionate about all things Detroit, Austin is an active member on numerous boards and committees focusing on the revitalization of the city, has received many local and national accolades and has been named among the first Crain’s Detroit Business 20 in their 20s (2003) and Crain’s Detroit Business Dream Board of Directors (2006).

Austin begins our tour as he would with any new client — with an overview, driving through the city to points east, west and north. “I’m a great believer in the neighborhoods as well as Detroit downtown,” he says, as we begin the drive through Midtown.“I think we need both to have a successful city.”

A resident of Lafayette Park, Austin has been selling real estate in the city for nine years. In 2010, he opened his own business in the city — filling a much needed niche. “There are not a lot of realtors who focus on the city. I want to help change the perception people have about the neighborhoods here. For me, it’s more about education, than sales.”

The bustle is back

The signs of change are everywhere as we drive through the Cass Corridor to the center of the city. Right out of the gate from Austin’s office on Willis Avenue, we turn on to Second Avenue and pass Seldon Standard, Andy Hollyday’s new restaurant, yet another hot spot changing the face and pace of what was once a sleepy block in Midtown.

What is old is new again. From the bustle around Campus Martius, it’s easy to fall in love with Detroit, easy to see how nearby historic neighborhoods, like Woodbridge, Corktown and Mexicantown are attracting new residents and drawing new interest in development. From the advent of bike lanes, food trucks, pop-up stores and street art, to the spectacular David Whitney Building (opening in December 2014) steps away from the massive construction site along Woodward Avenue where the M-1 RAIL commuter line will open in 2016, Detroit is clearly on the rise.

The revitalization of the city has sparked a Jewish revival in the city as well. Growing steadily in numbers, the Isaac Agree Downtown Synagogue on Griswold Street anchors the north point of historic Capital Park, an enclave slated to become another hot spot downtown. Brush Park in Midtown, too, has become a central gathering place for the Jewish community, drawn to Chabad of Greater Downtown Detroit, where Rabbi Yisrael Pinson and his wife, Devorah, have opened the doors of a 105-year-old grand mansion ideally situated to serve as a spiritual and social hub for the academic and medical communities of Wayne State University and the DMC. 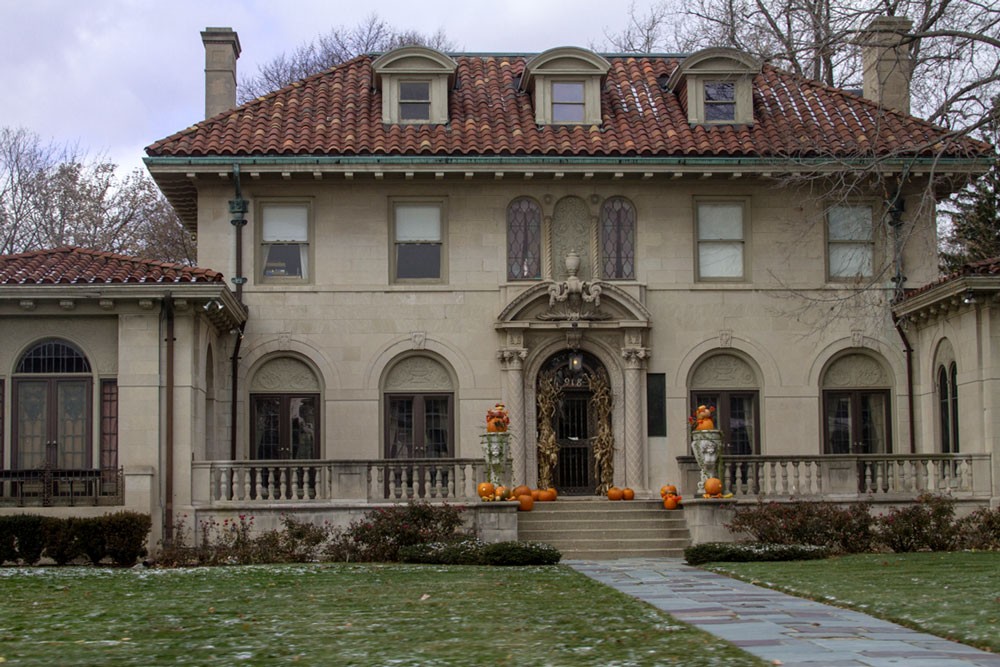 The Chabad of Greater Downtown Detroit estimates between 300 and 500 Jews currently live in the city, 500 (mostly commuters) go to college, and between 2,000 and 3,000 now spend their working hours downtown. Given its location, just west of Wayne State University, its distinction as a Nationally Registered Historic Neighborhood, patrolled and protected by WSU Security, Woodbridge has attracted a small, but vibrant concentration of young Jewish singles, married couples and families.

In 2010 Rabbi Ariana Silverman and her husband, Justin, literally “doubled” the Jewish population of Woodbridge, when they purchased their 119-year old home in the neighborhood. Half in jest, she can boast that the Jewish community in the neighborhood has increased in four years by about ten-fold – to an estimated 20 residents. “I used to be the only rabbi living within the city limits,” Rabbi Silverman says, “Today, I’m sometimes confused with the other Woodbridge rabbi – Rabbi Alana Alpert — who just recently moved from Boston to an apartment down the street. To Rabbi Silverman, the most significant move has been buying a home in the city, putting down roots. “I’m proud of that fact,” she says, “and that my daughter was born in Detroit.  I’m here to affirm you can live in Detroit and have a Jewish life as a young family.”

Within the city limits

We often think of Detroit in terms of close-knit communities, neighbors helping neighbors pulling together in the movement to rebuild and revitalize the city. Truth? Detroit is a big city, a city with a sprawling residential area – almost 140 square miles in size, large enough to fit Manhattan, San Francisco and Boston inside its borders. With its eclectic patchwork of well-established historic districts, charming and (still) affordable neighborhoods and emerging communities, it would seem you could have the best of city-living with the comforts of home on a quiet street.

“But it’s not just happening downtown,” Austin reminds me as we turn west on Jefferson. “There are exciting pockets of activity all over the city. There’s a high demand for homes. But a scarcity of inventory in every neighborhood I’m about to show you. Today, if a house is priced right and in a condition to match, it doesn’t sit on the market. In the past year, I would say the average time a house is on the market is about two weeks, and many sell before they are even listed.”

Along Jefferson, to the Pointes

“We’re so spread out,” Austin observes, as we drive through the Jefferson corridor, past Harbortown and the high-rises along Detroit’s Gold Coast. Past the Joseph Berry Estates (two lovely streets where the mayor resides and a six-bedroom house recently has sold for $275,000.) “But the neighborhoods themselves are beginning to organize. For example, along Jefferson to the Grosse Pointe border, there’s Jefferson East, Inc., a collaborative catalyst working on ways to redevelop Jefferson corridor and link the neighborhoods to the area’s greatest assets: Belle Isle and the Detroit Riverfront.”

Since his return to the city after graduation, Austin has been committed to the movement of young people seeking opportunity in Detroit, a trend that really started more than a decade ago, while Dan Gilbert was still building Quicken Loans in Livonia. “The trend is hot now, but it’s been picking up steam for years. Now the first wave of residents from the mid-2000’s are choosing to stay, looking for homes to start their families.”

A surprise. Just west of Grosse Pointe, we reach Victoria Park, a suburban-style enclave of homes built in the late 80’s and 90’s and at the time, the first construction in the area in 50 years. Past the gates at GrayHaven Marina Villages Apartments and Townhouses, built in the late 1990’s and early 2000’s, we find Shorepointe Village, a waterfront community. Here a custom-built home, with its own boat dock on the river, is currently on the market for $549,000. Where else but in Detroit? 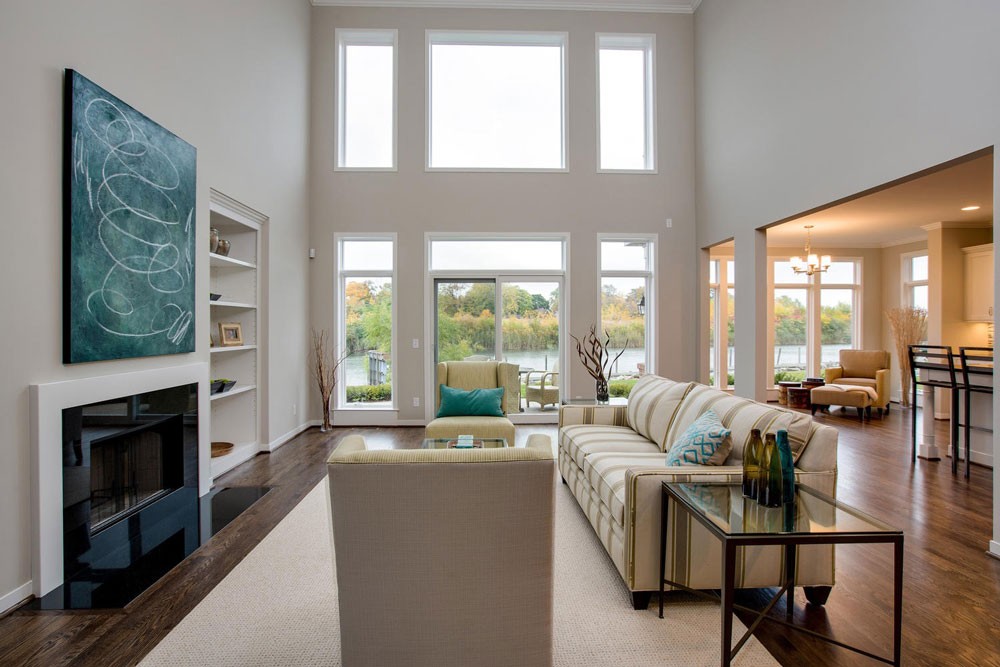 Heading West to The Villages

This is where Detroit city living meets cool, creative and edgy on quiet streets that include a mix of historic neighborhoods, high rise condos, affordable rentals and new rehabs. The diversity of housing has attracted a diversity of people: artists, students, doctors, lawyers. From east to west, the Villages run along East Jefferson from Kercheval to Cadillac Boulevard, and include Island View and English Village, West Village, Indian Village East Village and Berry Sub.

Understandably there’s not a lot of turnover in the Villages. Houses get offers and are a sold before they are listed. According to Austin, in West Village this past year there were fewer than ten sales.

Winding tree-lined streets, stately tutors, gracious old homes with “good bones.” In a short drive from the urban core of the city, we reach Palmer Woods, Sherwood Forest and the University District. Developed in the 20’s and 30’s for Detroit’s auto execs, these were the neighborhoods designed with a sense of purpose and character, meant to have a calming effect,” says Austin. I ask him, “If you had your choice of a home anywhere in the city, where would it be?” He answers without hesitation, “Somewhere here, on the northwest side. But I’m running into the same issues are my clients. There’s very little available.”

Describing his lifelong love affair with city life and particularly city living in Detroit, Austin likes to tell the story of getting lost (temporarily straying from his mother’s side) at a Thanksgiving Day Parade when he was ten years old. While his mother frantically looked for him, he enjoyed his adventure looking up at the buildings instead of the floats.

Austin is still looking up as he reflects on what the city will look like in ten years, “I believe the city will be well on the way towards recovery. The downtown and Midtown neighborhoods will have thousands of new residents, with new retail and restaurants options making the area a major destination for city residents, suburbanites and tourists. I also believe many neighborhoods outside of greater downtown will be some of the most desirable places to live in the city. Based on the current trends, the city will see a stabilization in population and begin to grow again. As for my future, I hope to continue to be part of the revitalization efforts through my real estate company and other business ventures.”