Still unpacking their books, learning Michigan U-turns, settling into the fast pace of temple and community life in Jewish Detroit, they’ve made their move. They have come from warmer climates and “hotter” cities and chosen our city above all others.

Ask them, they’ll tell you:

“It’s the warm welcome of the community.”

“The beauty of the neighborhoods.”

“The energy and diversity of the city.”

As rabbis, new to the community, they bring us their natural gifts: their experience, their scholarship, their stories and voices, their humor and compassion and their love of Judaism. And, beyond all those rabbinic qualities, they bring us their optimism, their spirit of renewal, and their faith in the strength and future of our community.

L’shana tova. May it be a sweet New Year as we welcome to the community Rabbis Arturo Kalfus, Mark Robbins, Jeffrey L. Falick and Shragie Myers. 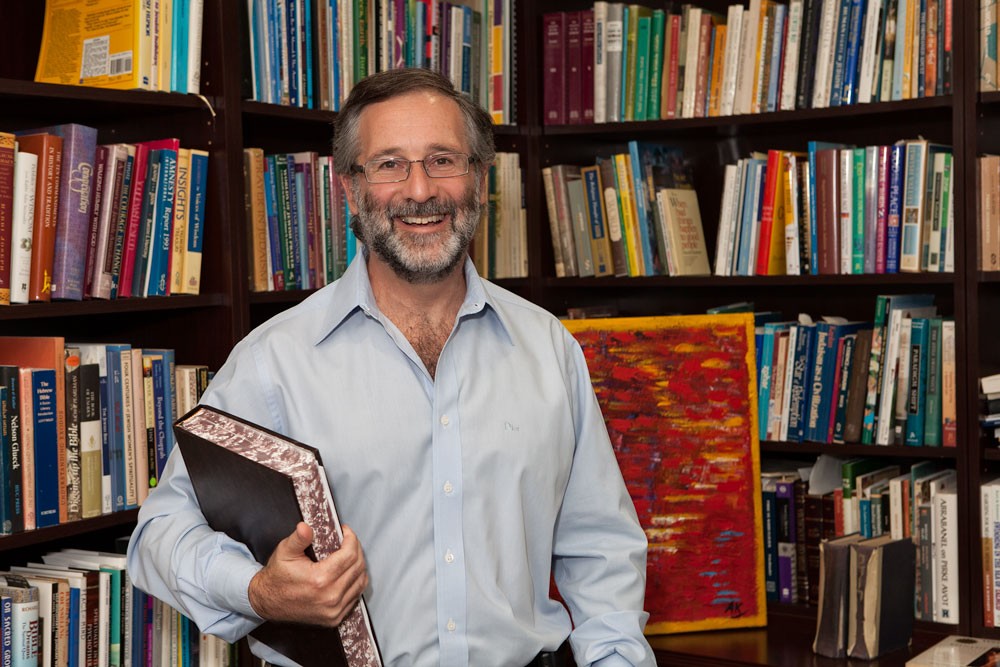 Born in Buenos Aires, Argentina, to Polish immigrants who survived the Holocaust, Rabbi Kalfus was just 15 when he was influenced by his American rabbi to follow a career path to the rabbinate. A graduate with honors from the Hebrew University in Jerusalem, Rabbi Kalfus was ordained in 1992 from Hebrew Union College; his continued professional development studies have taken him from the Sorbonne of Paris to Columbia University in NYC, from the Shalom Hartman Institute of Jerusalem, to the Cleveland Psychoanalytic Institute, Kellogg School of Management and Harvard Business School.

Passionate about temple life and his role as a spiritual leader, Rabbi Kalfus has been a congregational rabbi in both larger and smaller congregations since 1993, serving congregations in Albany and New Hyde Park (both in New York);  Teaneck, New Jersey; Cleveland, Ohio, and most recently Temple Beth Am in Miami.

In the opportunity at Temple Emanu-El,  Rabbi Kalfus feels he has found “a perfect fit” for his philosophy, his rabbinate and his life station. He enjoys painting, music, camping and movies, and is gratified to discover the good quality of falafel and Mediterranean cuisine in the city. Rabbi Kalfus is married to Phyllis Meyers, a Jewish educator and special educator, and they are the parents Ari, 19, a student at Brandeis University and Lilah,16, entering the 11th grade at Groves High School.

First impressions since arriving July 1:  “What I see is a vibrant city, beautiful neighborhoods, lots to do – a great place to live despite of the present difficulties. And the overall sentiment of the members of Temple Emanu-El is a renewal of spirit and energy, a palpable excitement and anticipation of opening a new chapter of temple life. I really do feel it growing every day.” 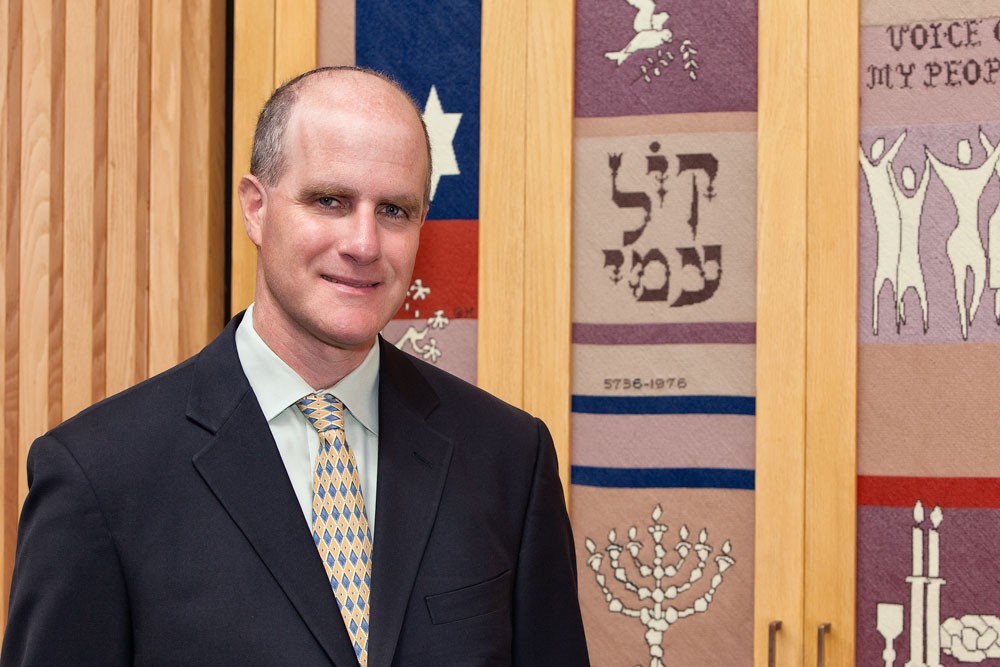 Rabbi Robbins grew up in Providence, Rhode Island, with a love of all things Jewish family and community-related. He is a graduate of Harvard University and was ordained in 1999 at the Jewish Theological Seminary of America, where he also received an M.A. in Jewish Education.

Delighted to jump back into congregational life, Rabbi Robbins joined B’nai Israel in August, following a brief post as director of the Philadelphia/Southern New Jersey Region of the American Jewish Committee (AJC). Two years prior to his work at the AJC, Rabbi Robbins and his family lived in Modi’in, Israel, where he founded a start-up service recording and writing the life stories of English-speaking immigrants and Jews in the Diaspora. For seven years prior to moving to Israel, he served as the rabbi at Congregation Ohev Shalom in Wallingford, Pennsylvania.

A writer, known for his talent as a life historian, Rabbi Robbins is also founder of jewishlifehistory.com, where he enjoys learning about and helping people tell their own Jewish journeys. He is married to Amy and has two young daughters, Adina 10 and Coby 9, who will attend Hillel Day School in the Fall.

First impressions: “I had heard wonderful things about the Jewish community here in Detroit and am pleased to find how tight the community is with well-supported services, along with a sense of unity and respect for the centralized structure. There’s a highly functional Federation here (which is not the case in all cities).”

About B’nai Israel: “The congregation was very attractive to me because it represents a new model in two ways. One: given our unique space-sharing arrangement with Temple Kol Ami, we’re not invested in maintaining an aging overly-spacious facility that is catering to the needs of the past.  Two: B’nai Israel is a highly participatory and observant congregation where membership is very active. In this regard, it stood out to me amongst the congregations where I interviewed. I’m very optimistic about our future here.” 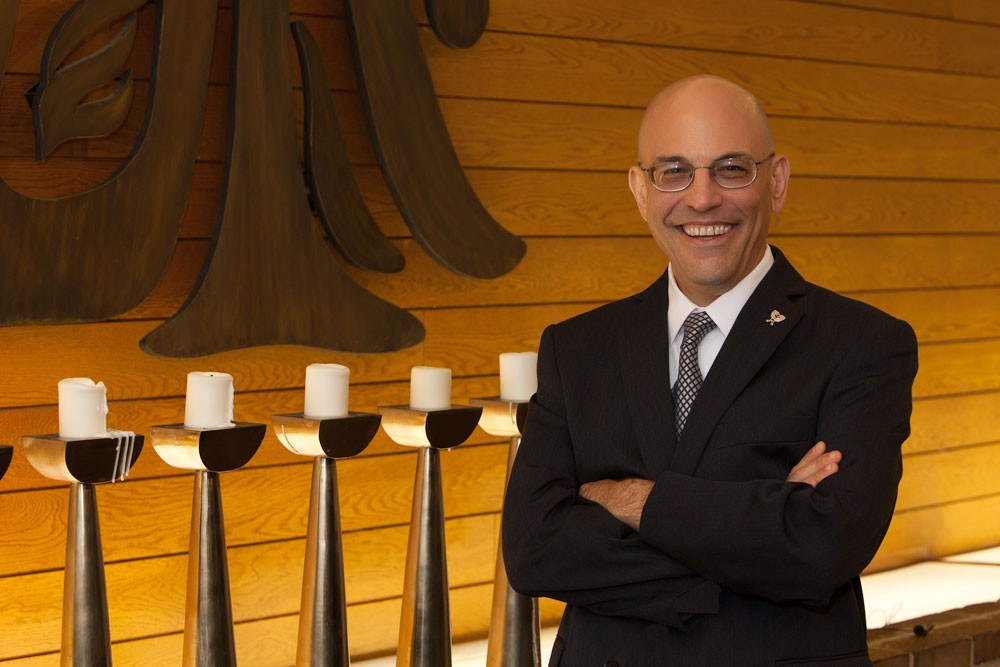 A native Floridian, Rabbi Jeffrey L. Falick enthusiastically moved from Miami to Michigan to serve as rabbi for the Birmingham Temple. The New Year represents a particularly auspicious beginning for him, as the congregation celebrates its 50th anniversary as the founding congregation for Humanistic Judaism. Asked about his decision to move North, Rabbi Falick explained, “Detroit is the capital of Humanistic Judaism, well-established here with the largest congregation in the nation. In every movement in organized Jewish life, there are some institutions that represent the highest expression of its ideals. For Humanistic Jews, that place is the Birmingham Temple. To be in the place where it was all born, is not only an opportunity, but it’s also an honor.”

Ordained as a Reform rabbi at the Hebrew Union College in Cincinnati in 1989, Rabbi Falick turned to Humanistic Judaism about ten years ago and became active within the movement. He has served on the Board of Directors of the Society for Humanistic Judaism (SHJ) for several years and currently serves on the SHJ Executive Committee. He also is president of the Association of Humanistic Rabbis.  Prior to joining the Birmingham Temple, he served as Assistant Executive Director of Miami’s Dave and Mary Alper Jewish Community Center.

About the congregation: “Our understanding of being Jewish is extraordinarily expansive, embracing the entire Jewish historical and cultural experience. Our congregation welcomes anyone who identifies with the Jewish people and their history,  and who connects with our human-centered philosophy. We combine celebration of our Jewish cultural heritage with an exploration of how to conduct meaningful lives inspired by our commitment to humanism and its principles.” 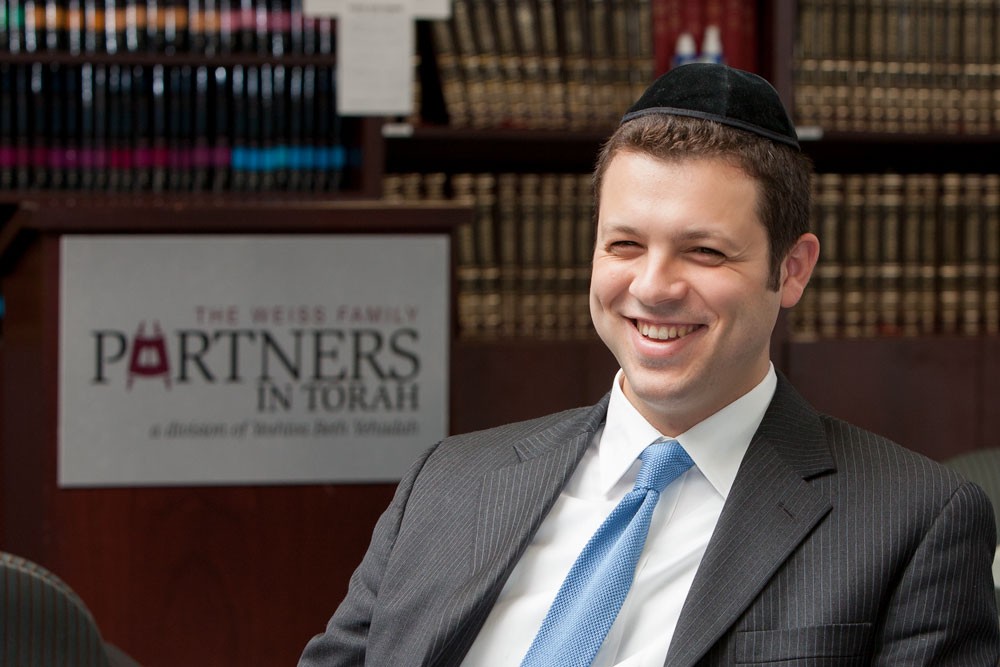 Yeshiva-trained in Jerusalem beginning at age 19, Rabbi Myers received his Rabbinic Ordination from the Chief Court of Jerusalem at the age of 25.  He met his wife, Chana ‘Liza in New Jersey and the couple returned to Israel immediately following their wedding in 2008.  “That was our dream, to live in Israel.  Our plan was to go for a year and see if we could stay for three.  As it turns out, we lived there for almost five years until we moved back to be closer to our families. We felt our two children, Shoshana (4) and Meshulam (2), needed to be near their families – especially their Bubbies!”

Why Detroit? Preparing to move back to the States, Rabbi Myers and his wife went on a 7 day, 8 flight whirlwind interview tour through New York, Chicago and finally Detroit. “Coming to Detroit felt like coming home,” Rabbi Myers says. “The richness of the Jewish community was paired with a warm close-knit feel. We didn’t even really discuss it. We just shared a smile and started to pack.”

About Partners in Torah: “Partners in Torah represents a microcosm of Jewish Detroit, focused on bridging the various streams of Judaism, through educational venues that are offered throughout the year. We are a resource, a united Jewish community of learners, free and open to the public.”

“Working for Partners in Torah is a truly amazing & fulfilling experience! I work with the young Jewish professionals in the Metro Detroit area, and it is one of the only communities in the country giving them the voice they need and deserve. I’m honored to have been welcomed into this inspiring community and hope to become a real Jewish Michuganer!“ 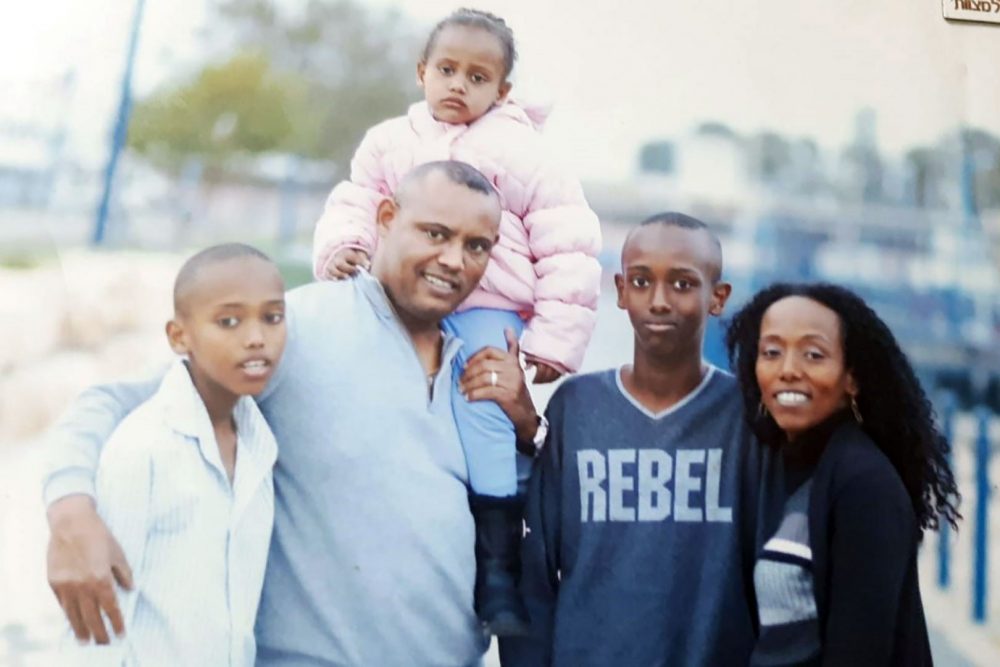 By Ester Asia (Note: Mehlella, also Amata Saww or Sigd, is one of the unique holidays of the Beta Israel community, and is celebrated on the 29th of the Hebrew… END_OF_DOCUMENT_TOKEN_TO_BE_REPLACED 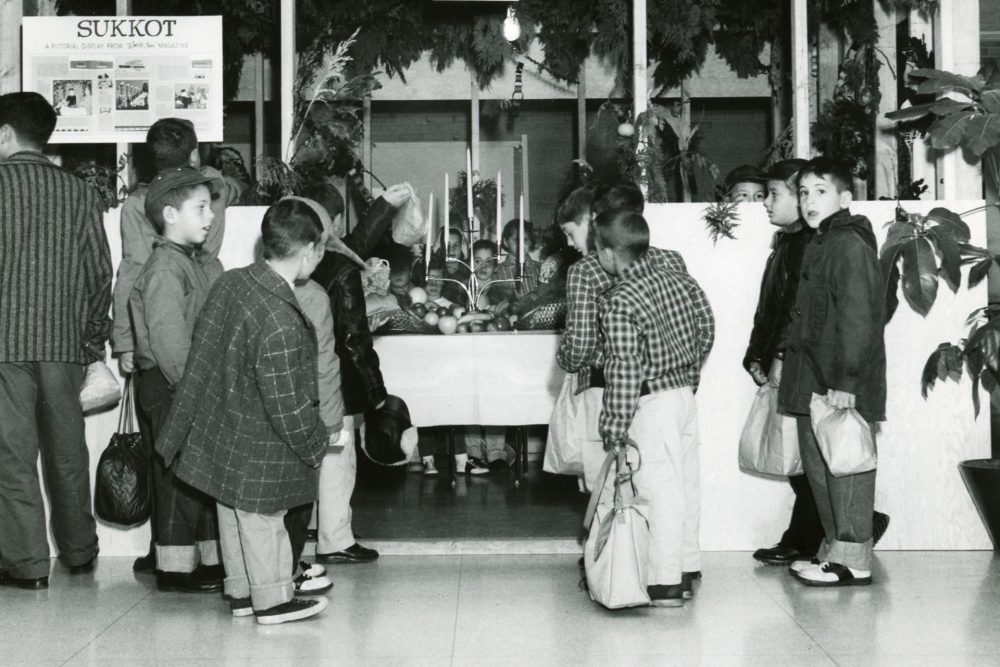