SparkIL — a first-of-its-kind initiative that enables individuals to support the small business of their choice in Israel, while strengthening meaningful connections and relationships between the lenders and Israel —announced that it has received a three-year, $600,000 grant from the Michigan-based Max M. & Marjorie S. Fisher Foundation. The grant brings the Foundation’s total support for SparkIL to $1.1 million over eight years.

Established in partnership with The Jewish Agency for Israel and The Ogen Group, the platform enables users around the world to participate in crowdfunding interest-free loans which aim to make a real, measurable and continuing impact on underserved populations across Israel.

“At its core, SparkIL brings the best of The Jewish Agency’s expertise at connecting the Jewish global community with Israel and the Israeli people,” said Fisher Foundation Trustee David F. Sherman, Chair of the Foundation’s Jewish Committee, which approved the new grant. “SparkIL also activates Ogen’s expertise at making loans … perhaps the highest form of tzedakah (charity/righteousness), to bring about change here in Israel … We at the Fisher Foundation have been privileged to be one of their partners as well.”

In additional support for the peer-to-peer lending network, the Jewish Federation of Metropolitan Detroit’s Israel and Overseas Allocations Committee, chaired by Leah Trosch and Richard Broder, has approved the transfer of $100,000 to SparkIL for risk cushions. These funds will allow SparkIL to offer more borrowers opportunities to raise much-needed capital on the platform.

“SparkIL is providing an opportunity for Detroit to participate using previously allocated and currently unused funds, and we are proud to do so,” Trosch said. “Particularly at this time, with the influx of new olim (immigrants) from both Ethiopia and Ukraine, it is so important that diaspora communities, partnering with The Jewish Agency, remain flexible and creative.”

This past summer, the Fisher Foundation’s Sherman also visited David Elimelech, one the first borrowers to open a campaign with SparkIL. Elimelech, who is from an impoverished neighborhood in Ashkelon, grows his own mushrooms that are now being sold to restaurants and making an impact for vegans throughout the country.

According to Elimelech, while mushrooms are an ideal plant-based replacement for meat and seafood, “Israel had no mushroom market to speak of, so I took my savings and bought equipment to start growing them.” And thus, his business, FUNGGIZ, was born.

“It was hard to navigate the bureaucracy of establishing my business, but SparkIL has been incredible in helping us get off the ground,” Elimelech said. “Our biggest hurdle right now is inventory. We are regularly sold out of products and need a larger facility so we can keep up with the demand for supplying restaurant distributors. Because the demand is so high, we created at-home grow kits so folks can incorporate mushrooms into their daily diets as well. This loan will help us increase production in both areas.”

SparkIL CEO Na’ama Ore said, “We are deeply grateful to the Fisher Foundation for their generous early-stage and continued support for SparkIL, and we welcome the Detroit Federation in providing risk cushions that enable us to attract more borrowers in Israel’s periphery. The support from these organizations is helping us to empower Israel’s small business owners with the long-overdue resources that they need and deserve, while simultaneously pioneering a new vehicle for creating connections between Israel and world Jewry.”

Main Photo Above: Laurence Tisdale, Board of Governors member at The Jewish Agency for Israel; Max M. & Marjorie S. Fisher Foundation Trustee David F. Sherman; David Elimelech, owner of the Israeli small business FUNGGIZ; and SparkIL CEO Na’ama Ore. Elimelech, one the first borrowers to open a campaign with SparkIL, grows his own mushrooms that are now being sold to restaurants and making an impact for vegans throughout Israel.
Credit: Courtesy of SparkIL.

Now you can’t afford not to go.  For the first time in over a decade, the Detroit Jewish community will be traveling to Israel together. Thanks to an anonymous donor,… END_OF_DOCUMENT_TOKEN_TO_BE_REPLACED 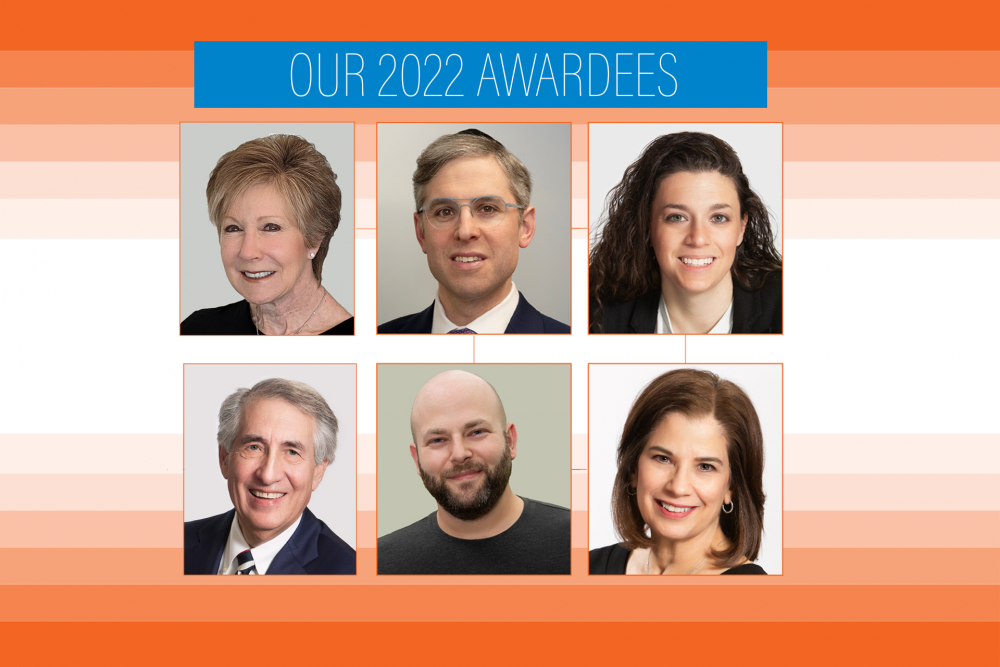 We’re on a mission. Well, not yet, but we will be and want you to join us. With Federation’s Motor City Mission, March 12-21, 2023, we’re going back to Israel… END_OF_DOCUMENT_TOKEN_TO_BE_REPLACED