On a clear path to her new position as Executive Director of Camp Tavor in Three Rivers, Michigan, Amit Weitzer has spent a lot of time on the trails. Literally. Last summer, she and her fiancé, Evan Major, hiked 400 miles through the Sierra Nevada Mountains along the Pacific Crest Trail. (Readers of Cheryl Strayed’s best-selling memoir Wild may note that Amit highly recommends wearing trail runners instead of hiking boots.)

With a love of wilderness adventure—first as a camper, then as a counselor and ultimately as Director of Tamarack Camps Agree Outpost Camp in Northern Ontario – Amit has become an accomplished trail-builder in her own right. Reflecting on the personal and professional skills she has learned and imparted while working with campers to build and maintain trails the National Parks of Michigan’s Upper Peninsula, where other Tamarack campers would come to trek each summer, Amit muses, “You never look at a trail in the same way if you ever work on one. All those years as a camper myself, I never fully appreciated the folks who have come before me, to create that trail, to maintain it and build it in a way that makes it environmentally sustainable. To stand back and see the results of creating those kinds of experiences for young people is really beautiful and empowering. To me, that’s the epitome of what I want camping to be.”

Just as camp counseling continues to inform and inspire Amit’s personal values and professional goals, her educational background has fueled her track record for community service. While attending the University of Michigan and following graduation, Amit worked in a variety of roles focusing on social justice, urban planning  and environmental conservation. As the manager for the Student Conservation Association’s (SCA) Detroit programs, Amit worked as an educator and facilitator with high school and college students engaged in environmental conservation projects throughout Detroit’s city parks and neighborhood green spaces. Most recently, Amit managed the University of Michigan Department of Psychology’s criminal and juvenile justice service learning program while completing her Masters of Social Work focused on youth leadership and community development.

myJewishDetroit: Amit, you credit Tamarack Camps with your own leadership style and Jewish identity. When did you first learn about Camp Tavor?

I grew up in West Bloomfield and never heard of Camp Tavor until I was in my 20s, living and working in Detroit and building my adult life with a circle of friends in the city. We hosted regular Shabbat potlucks, held social justice Seders and got involved in a variety of civic causes and urban agricultural work. As we started building our Jewish connections to the city, I discovered there were many among us who credited their particular positive, progressive and complex Jewish identity with their time as campers and counselors at Camp Tavor. I felt this powerful connection there, and when the Executive Director of 17 years shared news of her retirement, friends encouraged me to apply for the position. I was offered the spot last summer and jumped at the opportunity. I spent three weeks last summer shadowing the director; 2017 will be my first full season at the camp.

myJewishDetroit: In a nutshell, who, what and where is Camp Tavor?

Coming from Jewish Detroit, Camp Tavor is a well-kept secret. We are located 30 minutes south of Kalamazoo, Michigan — on a 68-acre campsite, one of six camps in the U.S. and Canada working in a longstanding partnership with the worldwide Habonim Dror Youth Movement based in Israel. This year marks our 61st season.

We run two sessions a summer, each for about 100 campers in grades 3 through 10 and, in each session, we maintain the intimacy of a kibbutz-style camping experience where kids of all ages take some ownership of their day while taking care of certain aspects of the camp community as a whole.

Camp Tavor has a loyal following of alumni and families, drawing campers from Michigan and beyond. But now that our home office has moved to Detroit, we’re building our presence here to let families know Camp Tavor is an option, especially for young people who are likely to thrive in a smaller, communal camp setting.

myJewishDetroit: In what ways is Camp Tabor unique?

One of the greatest aspects of Camp Tavor — and in retrospect, the aspect I most appreciated in my experience at Camp Agree – is the goal: to create opportunities through which young people can cultivate the confidence, curiosity, compassion and skills needed to make a positive impact on their communities and our world.

Consciously modeled on the ideals of kibbutz, our activities are purposeful, designed to foster creativity, leadership and communal responsibility.

For example, campers begin every morning the with “Avodah” — a special job assigned to each camper to perform such as weeding in the garden, chopping vegetables to support the folks who work in the kitchen or cleaning up and organizing some communal space. Camp Tavor also provides employment and leadership development opportunities for teens and young adults interested in mentoring and nurturing Jewish children.

In our camp culture, everyone has a say: While most camps have a canteen, Tavor has a “Kupah” – our “collective wallet” – where everyone makes a small contribution at the beginning of each session. Campers of all ages then democratically decide how to use that money – towards purchases like snacks and activities – and, in the process, have the opportunity to practice the life skills of consensus building and decision making. The counselors do the same thing with their camp salaries to make decisions about what they want the staff activities and priorities to be over the summer.

And, of course, everyone does more than their share of singing, dancing, finding friendship, fun and adventure everywhere.

myJewishDetroit: In what ways is Camp Tabor universal?

Camp Tavor is a place that speaks to a lot of families and their children about the universal values of inclusivity, respect, responsibility to our community and stewardship of our earth.

We integrate Judaism and justice in the curriculum from an early age. We believe that our obligation to pursue justice should play a key role in all immersive and experiential Jewish experiences.

From my first observations last summer, I believe that the intimacy of the camp allows young people to thrive — to find their voice, to plan and take the lead in some of the camp activities, and by extension, to see themselves as leaders and change-makers in their home communities. Additionally, we create opportunities for campers to engage with their peer group and also cultivate friendships and community with campers of different ages. We can create opportunities for campers to be both a mentor and a mentee. I see this play out in camp in beautiful ways – fifth graders, for instance, finding themselves in a leadership role with third graders and seeking out uniquely enriching mentorship from older campers.

myJewishDetroit: How has your camping experience informed or shaped your own leadership and Jewish identity?

I often think back to those first wilderness camping experiences at Agree. I found that the closer I got to the earth, the more I could recognize and realize by emotional, mental and physical strength.

Now, I hope to create those same empowering experiences for young people, but also work to make connections between camp and home. I talk with both campers and counselors about how to translate the confidence that is often cultivated at camp back into our lives during the rest of the year.

Who were your mentors?

There have been many. I’m indebted to my camp counselors, who modeled inclusion and compassion, and worked to make camp a safe and empowering place for all campers. But as a counselor in training, two mentors especially come to mind: Tamar Gontovnik and Jeff Grey (z”l) both modeled different kinds of beauty and strength and helped me realize that leadership can look a variety of ways. I think camp is really good at that. And Camp Agree, in particular, put that on the map for me.

As an educator at SCA and facilitator in youth programming, I took pages out of the Counselor Guide from Agree, because those activities that help young Jewish folks in Ontario feel powerful, can help create spaces for young people who are in crisis or struggling to define themselves.

I’ve used those same activities again and again and I’m excited to return now and help, not just counselors, but supervisors craft these experiences for young people.

myJewishDetroit: What is your leadership style?

A compassionate and curious style of leadership has served me over many years.

My method always has been to be open and to share with people my own vulnerabilities, so they feel there’s room for their strengths and leadership on the team. I don’t have all the answers to questions that come up, but when you give people the room and the voice to find answers together, I find that people are more willing to be honest and share with one another.

myJewishDetroit: What is in your “backpack” – what new programming do you hope to bring to Camp Tavor?

I see an opportunity to build wilderness experiences at Camp Tavor and am excited to work with the youth leadership and summer staff in developing it in a way that feels safe and sustainable, and plugs into all the incredible public spaces that we have on the west side of Michigan. And, I would really love to include trail-building as the stewardship piece of the program. I believe it is critical that recreation be integrated with activities through which campers can take responsibility for our wild and beautiful public lands.

The big idea is water. Water is enormously powerful and can erode and do a lot of damage to trails. So building trails is all about getting the trail out of the water, or getting the water off of the trail. You can move it, elevate it, dig drainage for it, but whatever you do, you want to be thoughtful in building it, and concentrate use to preserve as much of the wild as possible. Additionally, you need to keep your users in mind when developing trail and build trail to “points of interest.” The big idea is to provide the most sustainable route to the places where people want to go and the sites they’d like to see!

Blazing her own trails this summer, Amit will move her stakes from Hamtramck to Camp Tavor starting in June. Joining her for the summer will be her beshert, Evan Major, a social worker for Wayne Westland Community School District. It comes as no surprise to friends and family that they are planning a Camp Tavor wedding “on grass, gravel and dirt,” where guests are advised to wear comfy shoes.

Jlive is your one-stop hub for all the great events going on in Jewish Detroit. Discovery, classes, celebrations and more… there’s always something for everyone. Visit the Jlive site to… END_OF_DOCUMENT_TOKEN_TO_BE_REPLACED 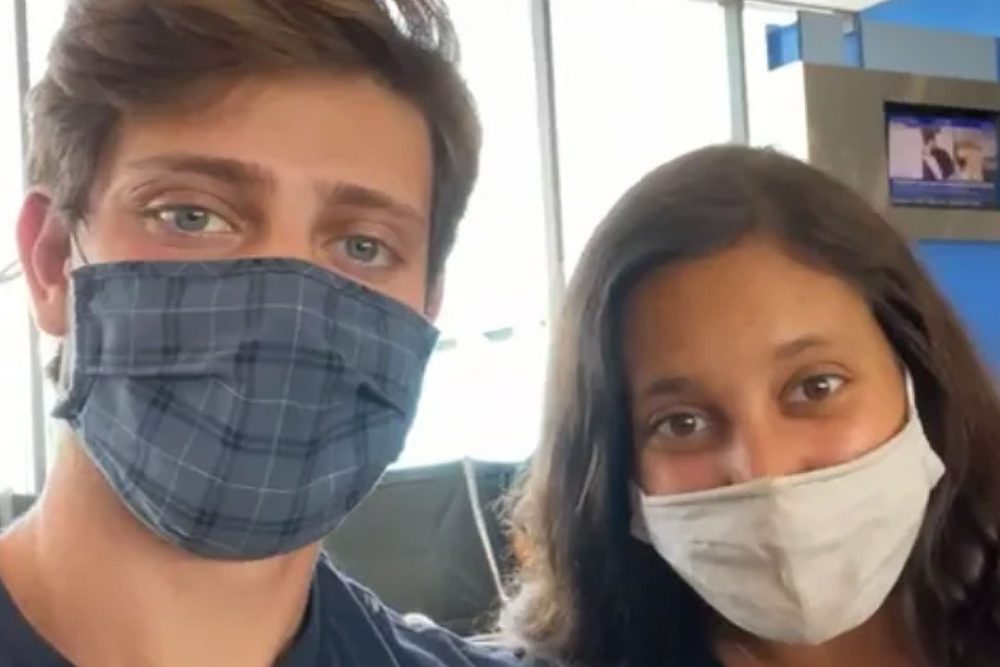 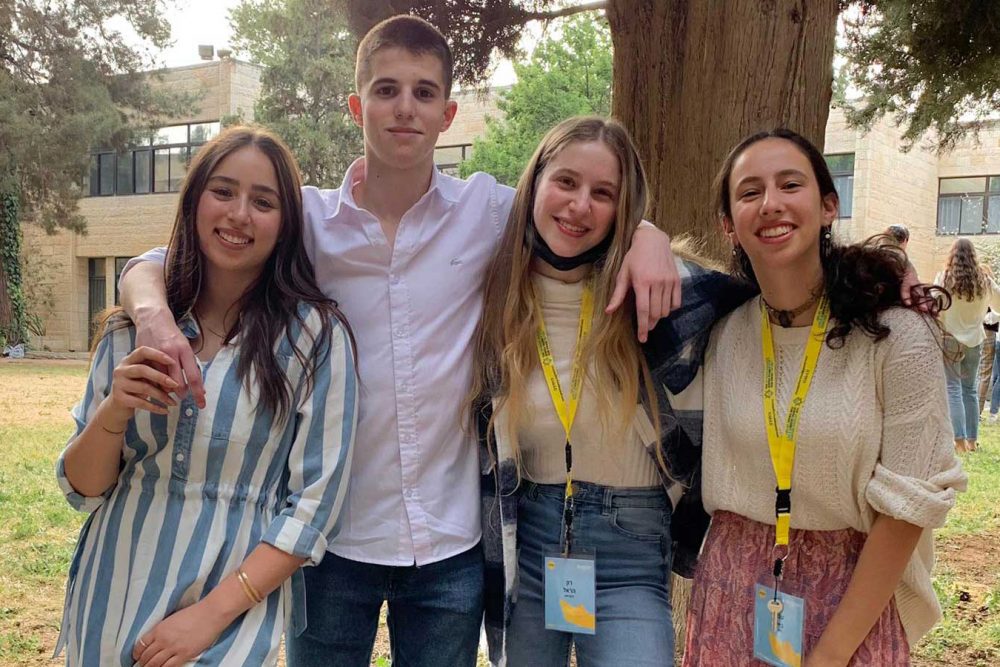