Last year, they were students carrying book bags. This year, they are Israeli soldiers carrying the responsibility of defending our Jewish State. What steely resolve does it take to endure grueling training in the desert, to learn the vocabulary of artillery in Hebrew, to become soldiers among the elite in the Israeli Defense Forces (IDF)? Through their parents’ eyes and words, we meet four extraordinary young men and women who have chosen to challenge mind, body and spirit as volunteer soldiers in Israel. As Lone Soldiers — the IDF term for recruits from abroad and without family in Israel — they serve shoulder-to-shoulder with native Israelis to defend and protect our Jewish state.

Shimmy attended Akiva Hebrew Day until the 10th grade, then continued his education in Oakland Early College. Compelled to serve at an early age, he moved to Israel to spend a gap year on a kibbutz in 2013, then joined the Israel Defense Forces (IDF) the following year.

Trained as a sniper in the Givati Brigade — an infantry unit of the IDF that serves as its amphibious force (designated by its purple berets), Shimmy has spent much of the last seven months in Israel’s “hot spots.” When his enlistment ends in December 2016, he plans to make Aliyah and finish his Bachelor’s in Criminology at Bar Ilan Univerisity in Tel Aviv with the goal is to complete a Master’s in Counter Terrorism at the IDC Herziliya.

As his stepmother, Shaindle Braunstein, describes, “When Shimmy told us that he was intending to serve in Israel, our first reaction was just immense pride. We raised our children to love Israel and they have had opportunities to visit and to study in Israel, so we felt he clearly had understood that message.  Of course, at the time he made his decision, his service was fairly theoretical to us. The hard part for us now is knowing that his job puts him in danger every day. It is a comfort to us to realize that he is actively defending the Jewish state and his people, and we just feel tremendously privileged to be his parents.”

Laurenne Kaufman, 21, from Orchard Lake, Michigan; started her service in May 2015

Laurenne’s dream to join the IDF started at the age of 7 when she first visited an Israeli army base with her parents, Shari (Ferber) and Alon Kaufman. As her mother explains, “Laurenne sat in a tank, with an army helmet on her head, and decided at that moment that this was her destiny one day.”

It comes as no surprise to the Kaufman family that Laurenne has always had a strong Israeli connection. Alon is Israeli and, Shari herself, served as a volunteer in the IDF when she was 20.

Through her years at Hillel Day School, Laurenne’s attachment to Israel grew even stronger. Shari recalls, “At Purim time every year, she would dress up as an IDF soldier and announce her plans to one day be a real soldier. ‘It’s in my blood,’ Laurenne would say.

“By the time our daughter reached 8th grade, we thought perhaps she’d outgrow her fixation on being a soldier. But, after a trip to Israel with Hillel, Laurenne became even more determined. It was her desire to go into the army right after high school, but my husband and I convinced her to get at least two years of college under her belt. Again, we thought perhaps college life in a sorority at U. of M. might sway her in a different direction.” Alon added that “The reality is that Laurenne never lost her interest in the military and begged me to start training her by practicing with me at the shooting range. It was one of my proudest moments.”

Long story short, Laurenne began her service to the IDF in an elite artillery unit, stationed in the middle of the desert. With her skills in weaponry, she was soon promoted to an instructor, teaching new recruits how to shoot. Instruction was all done in Hebrew. “It’s a tough base to live on,” says Shari, “As an American, she could have taken a much easier route to serve in the army. She’s all of 5 feet tall – a little girl- who now carries a very big gun. She has a great responsibility and takes pride that she is giving her time and her heart to the country that she loves so much. Our family couldn’t be more proud of her dedication to the land we all call Home.”

Andrea Goldstein always has had a very strong connection to Israel. Her father, Raphael, was born there. She is also very proud of the fact that her grandfather, Reuven, served with the  Palmach prestate underground defense brigade and later in the Haganah during Israel’s War of Independence.

Andrea has been in Israel for nearly two years, having spent a gap year in a program sponsored by Young Judaea before she joined the IDF as a participant in Garin Tzabar, a Lone Soldier program run with the support of the Ministry of Aliyah and Immigrant Absorption. Lone Soldiers in this program spend their first three months in Israel in the Garin Tzabar Village in Ra’anana, a community that serves their needs for a home base, Hebrew language studies, social activities and other assistance in preparing for the army and in navigating the process of absorption into the culture of the country.

Reflecting on her daughter’s choice, Julie Goldstein comments, “I am very proud of Andrea’s commitment to serve in the IDF. She has bravely accepted the responsibility of defending Israel and the challenges and sacrifices this service entails. My mother recently visited Andrea in Israel. After the visit, they said goodbye to one other, and as Andrea got in the taxi to leave, my mom said to the driver, ‘Take good care of my soldier,’ and the driver replied, ‘You mean our soldier.’ This is a small example of the gratitude Israelis have for the Lone Soldiers.”

Andrea recently graduated basic training and started her service in the IDF Air Force. After her tour of duty in Israel, she plans to attend college and study business.

With an Israeli dad and American mom, Mataan Lis always has found Israel to be his second home. A dual citizen of the U.S. and Israel, fluent in both Hebrew and Arabic, Mataan took a studied approach and very rigorous route to his service in the military, starting the process of enlisting last July.

“Actually, Mataan began working on his goal to join the IDF years ago,” observes his mother, Lisa Lis. “He researched all of his options, graduated from the University of Michigan with a B.A. in Middle Eastern Studies and moved to Israel last May as a returning citizen.

Because of his qualifications – and his maturity (enlisting at the age of most officers), Mataan earned his place among an elite group of soldiers in a special operations unit. “It took very rigorous training to get into that unit,” observes Lisa, “but Mataan is physically and mentally fit, a very strong, independent person. He will be in service as a regular Israeli soldier for the full three years and live in an apartment we maintain in Tel Aviv.”

Born and raised in Israel, Hannan Lis feels a special connection to his son now that he is in the service. “This is one rite of passage that I can relate to,” he says. “I didn’t have that summer camp experience, never belonged to a fraternity and went off to college when I was older. While all four of our children have Israeli citizenship, Mataan is the first to live as an adult in Israel. While it’s true that I would have liked for him to have put himself at less of a risk, I understand and respect his choice. Lisa and I are extremely proud to be his parents.”

Lone Soldiers by the numbers

The Israeli government does not disclose information on the overall size of the IDF, or the identity, location and strength of units. But, according to estimates, Israel has one of the largest number of Americans serving in its military today, with roughly 1,800 enlisted Americans who did not grow up there. In total, there are an estimated 6,000 non-Israeli-born troops in the IDF from 70 countries. According to estimates last year, 70% of the Lone Soldier troops are men, 30% are women; approximately 31% train as combat soldiers; 26% serve in combat support roles and 43% serve in non-combat units.

Jewish Detroit’s Lone Soldiers are not alone. Serving as a primary source of support, Friends of the Israel Defense Forces (FIDF) provides Lone
Soldiers help with the various challenges they face as they embark on their journey and throughout their military service. FIDF’s Detroit Chapter maintains a close connection with Detroit family members and with their sons and daughters serving in the IDF, to ensure that these brave heroes never feel truly alone. Detroit’s Lone Soldiers also have community connections in Israel through activities organized by the Detroit Federation and the Central-Galilee Partnership2Gether Region. For more information and ways you can help connect, please contact Yoav Raban,  raban@jfmd.org. 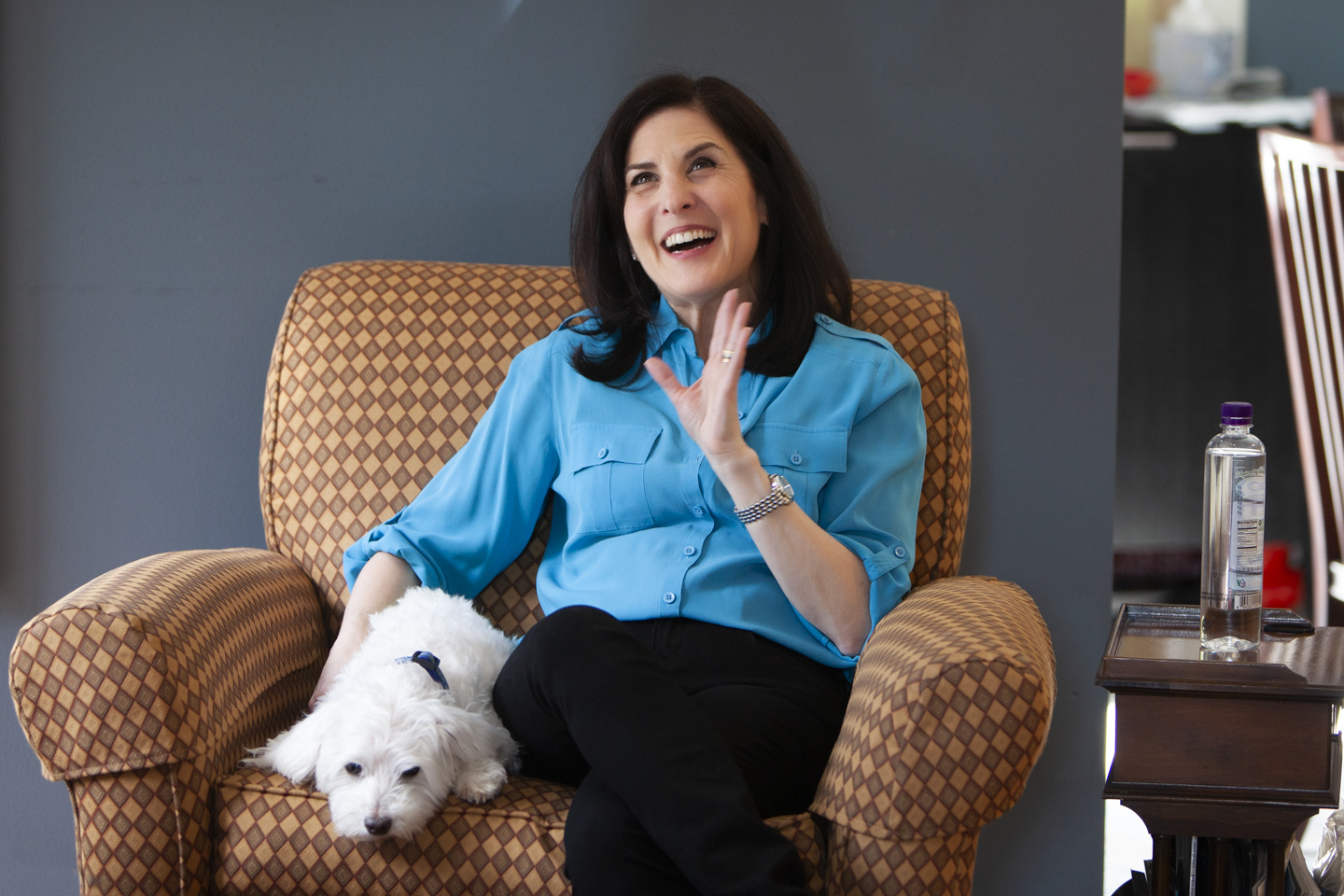 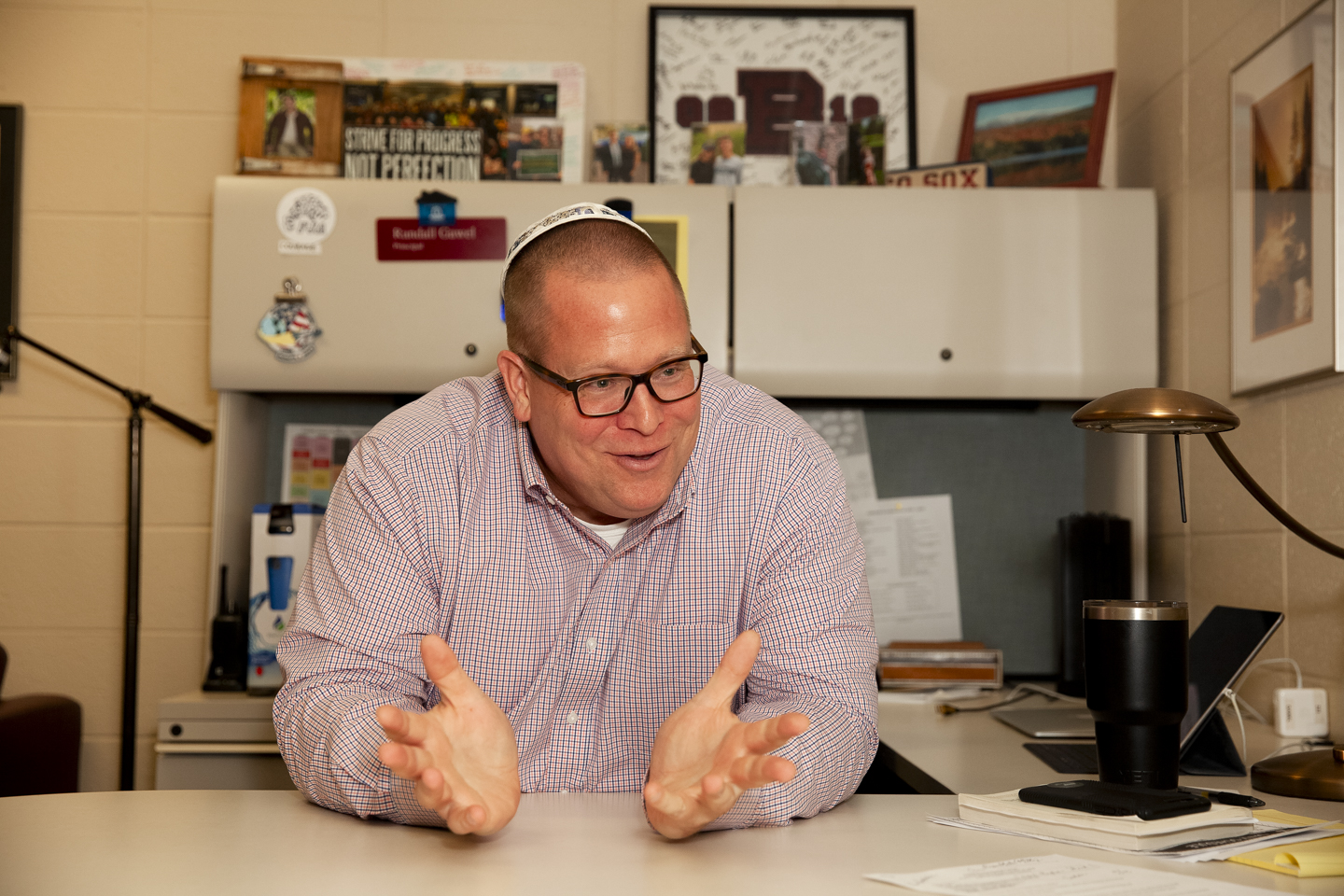 What’s in a title? For Randy Gawel – new Director of General Studies at Frankel Jewish Academy (FJA) – it was not the office, but the community of the school with all its opportunities open to students that influenced him to join the staff this year. It was a decision not easily made after eight fulfilling years as Principal of Berkley High School.