Jewish Detroit’s own Irene Schumer, of Bloomfield Hills, is the oldest student in the world to ever graduate from the Florence Melton School of Adult Learning. In case you are wondering, this statistic has been researched exhaustively by Judy Loebl, Federation’s Melton Director.

An avid student of history with a Masters Degree in social work from the New York School of Social Work, Irene enrolled in the two-year Melton program shortly after her 90th birthday nearly two years ago. Her daughter, Sharon Schwartz, also of Bloomfield Hills, joined her in the venture and together they have attended four semesters exploring the fundamentals of Jewish living with Melton instructors Ruth Bergman, Rabbi Michele Faudem and Aviva Panush.

As Sharon explains, she had taken a leave of absence after 22 years of teaching at Hillel Day School to help her mother and father with the affairs of their family business, General Linen Uniform Service. “As it turned out, I didn’t go back to Hillel,” says Sharon. “My father [William Schumer z’l] became ill and passed away in 2013, and shortly after that, we sold the business At that point, my mother and I had become a team – we had been going into work every day. By the Fall of that year, mom was ready for something new. She was quite an educated woman, still energetic, a tremendous reader. She was looking for some stimulation. So we decided to take the Melton classes together.”

A first generation American whose parents emigrated from Russia, Irene Saltzman Schumer was born in Brooklyn on August 29, 1923. She attended Hunter College and graduated at age 20 with a degree in Political Science and English Literature. An activist and Zionist, Irene belonged to a student organization called Avuka, where she met William at a national conference when he was representing the Ann Arbor Chapter. William and Irene married on July 9th 1944 and moved back to Detroit, where they raised their three children – Sharon and her sister and brother, Deborah Tuckman of New Jersey and Dr. David Schumer of Washington. Irene has nine grandchildren, 5 of whom are married. She is extremely proud of their academic and professional achievements.

Never too old to learn something new

“Taking the Melton course together has been a wonderful experience for both of us,” says Sharon. “My mother is – and always has been – an inspiration to me. Her life experience, deep knowledge and her contributions to the class – particularly on the subject of Israel – have brought a historical perspective to the class that people have enjoyed. “

According to instructor Rabbi Michele Faudem, “Irene always has something insightful to say and it is amazing to see how her experiences allow her to be so traditionally committed, but forward thinking, and open to learn. She has that long-term and short-term vision all at once.”

“She’s like E.F. Hutton,” oberves Debbie King, a member of our Melton class. “When she talks, people listen.”

“When Irene speaks, I feel as though my mother is with me again,” says Melton classmate, Susan Ruttenberg. Anne Berenholz has a similar impression, “Irene’s words resonate with incredible wisdom.”

Asked how it feels to be regarded with such reverence – a Melton graduate at nearly 92 years old – Irene shakes off the question and offers a pragmatic answer, “Actually I don’t think it’s so amazing. Because learning is just a natural kind of thing for me. I’ve learned all my life, and hopefully will go on that way.”

“Of course, I find the subjects of the program highly significant,” she adds. “As a first-generation American, it’s natural for me to think deeply about the concept of equality and social justice, what it means to live in a free country. And that’s an empowering thing. As is being Jewish! In that respect I’ve always been proud. It’s been a life in which I have been devoted to being American and Jewish, and true to myself. And that’s been a gift.”

As for their plans to return to classes in the Fall, Irene and Sharon are discussing topics of interest with hopes to recruit other members of the class. “We’re hoping that we assemble enough of us go on to study together. Because what’s true about studying in the Jewish way is that it’s always enlightening and nourishing for the soul.”

The Florence Melton School of Adult Jewish Learning is a curriculum designed to offer adults a well-rounded, in-depth study of Judaism in a user-friendly format. To learn more, download the 2014-2015 Melton Brochure.

To Do: Our Jlive Event Spotlight for October

Jlive is your one-stop hub for all the great events going on in Jewish Detroit. Discovery, classes, celebrations and more… there’s always something for everyone. Visit the Jlive site to… END_OF_DOCUMENT_TOKEN_TO_BE_REPLACED 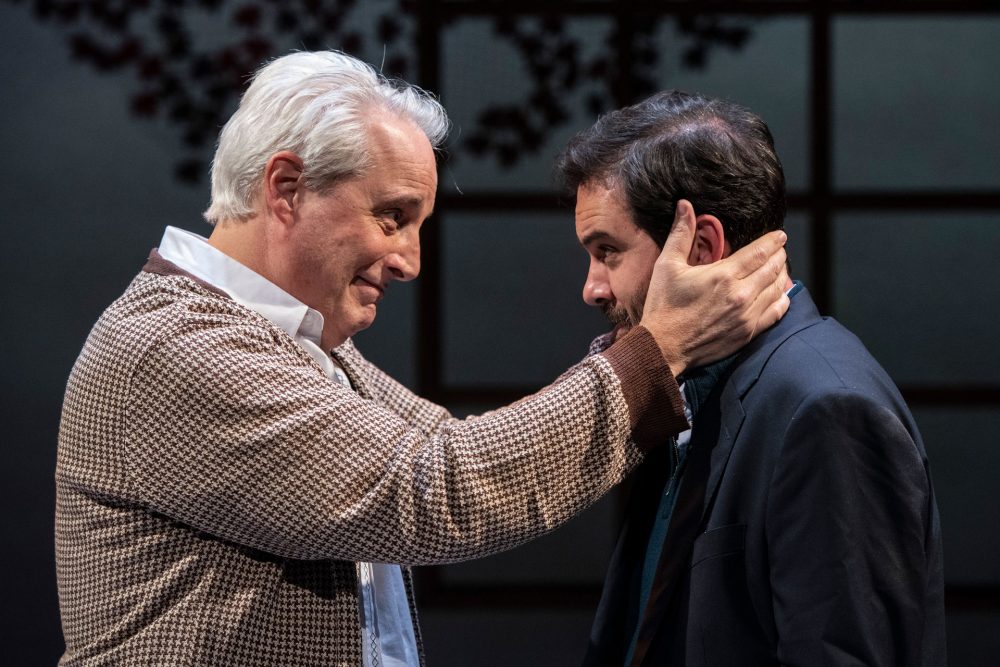 (Photo: Michael Russotto as Morrie and Cody Nickell as Mitch Albom in the stage production of Tuesdays With Morrie. Photo by Teresa Castracane.) On September 15, The Jewish Community Center… END_OF_DOCUMENT_TOKEN_TO_BE_REPLACED

Jlive is your one-stop hub for all the great events going on in Jewish Detroit. Discovery, classes, celebrations and more… there’s always something for everyone. Visit the Jlive site to… END_OF_DOCUMENT_TOKEN_TO_BE_REPLACED