With the support of the Jewish Women’s Foundation . . .

Single moms are sharing the joys of summer, finding the way to send their children to Jewish day and overnight camps.

Jewish women in the community are learning to speak up and speak out against domestic violence to help those living in the shadows break free of domestic abuse.

From Petoskey to Hancock, from Alpena to Iron Mountain, a consortium of women leaders from six rural congregations in Northern Michigan are mentoring the next generation of synagogue leadership to build and strengthen Jewish identity in Northern regions of the state.

And their stories continue . . .

Lighting the way – and leading the way for Jewish women and girls of all ages and stages, the Jewish Women’s Foundation of Metropolitan Detroit (JWF) marks its 15th year of achievement and strategic grant making effecting social change and enhancing life in Michigan as well as in Israel.

Launched with community funding from the United Jewish Foundation and the generosity and commitment of nearly 80 women in its inaugural year, JWF has grown to more than 250 trustees and an endowment of $4.4 million, not including the $2.5 million disbursed in grant, special gifts and emergency funding.

Collaborating with the JDC and other agencies in Israel, JWF has provided life-saving and life-enhancing funding to empower thousands of women and girls through programs ranging from a national food bank (Leket Israel) to leadership training in the political arena (WEPOWER).

“JWF is a living, breathing example of the power of collective philanthropy,” observes Randie Levin, Jewish Women’s Foundation Chair. “Our goal is to empower Jewish women – for generations. We are unique in the metropolitan Detroit area in that we are the only Jewish philanthropic organization that offers women a voice and a vote in advocating for women’s issues through both grassroots community and global support.”

From BBYO to Biz

Do teen girls really need a competitive edge to get ahead? JWF says yes. According to a report in the Global Entrepreneurship Monitor from the London Business School, one out of every three women hesitates to start their own business due to the fear of failure. With a $15,990 grant, BBYO launched Building Entrepreneurs – an eight-month program for 9th-12th grade Jewish girls who live in the State of Michigan. Participants are learning fast – gaining skills in product development, marketing and finance to help them succeed, lead and take hold of their future. 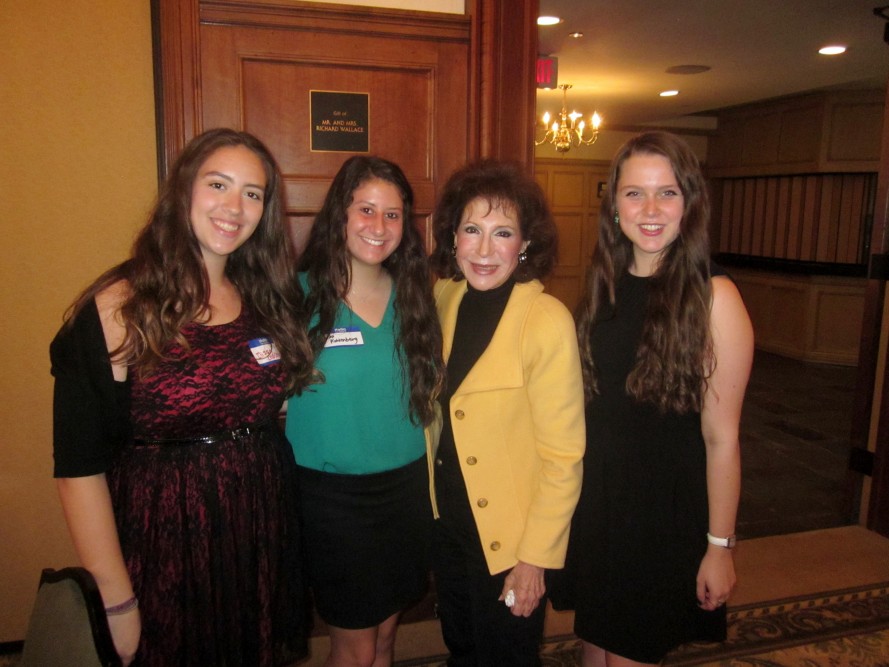 Is it possible to lead a vibrant Jewish life and raise a Jewish family without the infrastructure and support of a large Jewish community? JWF says yes you can. With the help of a three-year grant of $60,000 from JWF, 15 women leaders from six small, lay-led congregations in rural Northern Michigan are changing the dynamic of isolation and the meaning of community by creating a consortium. L’Dor v’Dor Northern Michigan Jewish Women’s Rural Leadership Consortium is a sustainable network that has succeeded in leveraging resources, building connections and developing leaders.

“The project has increased our congregations’ interactions with one another and we have learned that we have much in common,” says Carol Ellstein, President of Temple B’nai Israel in Petoskey. “On a national level we are seen as groundbreakers in creating a cohesive network of small, remote, lay-led congregations. This would not be possible without the support of the Jewish Women’s Foundation.”

Can women with disabilities help one another? JWF says yes, absolutely. With a grant of $20,000 over two years from JWF, and working in partnership with the JDC, Federation’s agency in Israel, mothers with physical, mental or cognitive disabilities are providing crucial aid and support to mothers with similar disabilities. Their relationships are creating stronger family bonds and developing vital skills to meet the day-to-day needs of parenthood.

“We are a small foundation – but we’re doing so much for so many, says Randie. “And we are able to do what we do only because Detroit is a vibrant Jewish community with a network of strong agencies. And for that we are ever grateful.”