With the promise of a free trip to Israel, ten beautiful days in the sun, a spiritual journey traveling with friends soon to be best-friends-forever, (not to mention the best rugelach and falafels in the world) what’s not to love about a Birthright trip to Israel?

Better than JDate. For every Birthright bus on the road — for every climb up Masada, dip in the Dead Sea, night under the stars in the desert, prayer at the Wall or kiss on New Year’s Eve in Tel Aviv, there’s bound to be romance in the air.

“You know, when you do a ten-day birthright trip, everyone gets really close, really fast,“ observes Danielle Longo, a Federation Associate, who staffed the Detroit Birthright trip in December of 2013. “It’s just a really powerful, emotional experience for everyone. And you learn who people are very fast.” Danielle speaks from experience; she met her fiancé, Bradley Gordon, on that same Birthright trip. 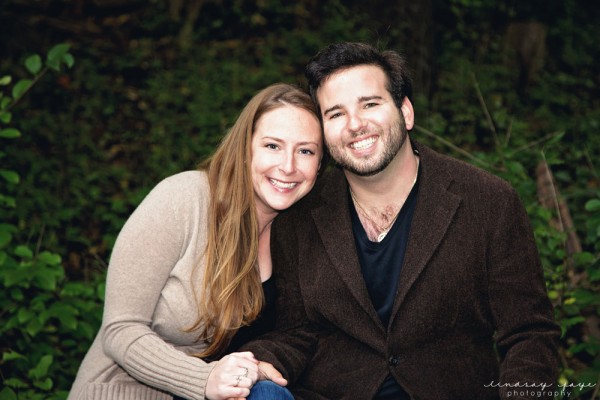 Brad was the persistent one. As staff on the trip, Danielle kept her focus on the group, ignoring Brad’s cues. “On the trip, everyone loved Brad, because he’s the sweetest, kindest person, but I just looked at him as a great guy – four years younger than I – who just so happened to know my (younger) sister, Samantha (Superstine) from Tamarack Camps. Well, half way through the trip, he tells me that he sent me a message on JDate – long before the trip. I had no recollection of the message, I must have automatically deleted it, simply based on his age.”

Following the Birthright trip, Danielle’s job was to meet with members of the group to get their feedback on the experience. Given Danielle’s repeated calls asking him to meet for coffee, Brad took her invitation as more than a professional interest.

Fast forward to February: Brad asks Danielle for date. Reluctantly (and with some outside encouragement from her mom) Danielle agrees. They meet for dinner. The date just so happens to be on Valentine’s Day. Their romance blossoms. “On that first date,” Danielle beams, “I just knew Brad was going to be a part of my life forever.”

Reflecting on their Birthright trip, Danielle noted, “Brad had seen the good, bad and the ugly in me in those ten days. By the time we really started dating, it was like we already had known each other for a long time.”

Jewish Detroiters with so much in common — Hillel Day School, Tamarack, Birthright, friends and family, both here and in Israel — Danielle and Brad were married in September 2014. 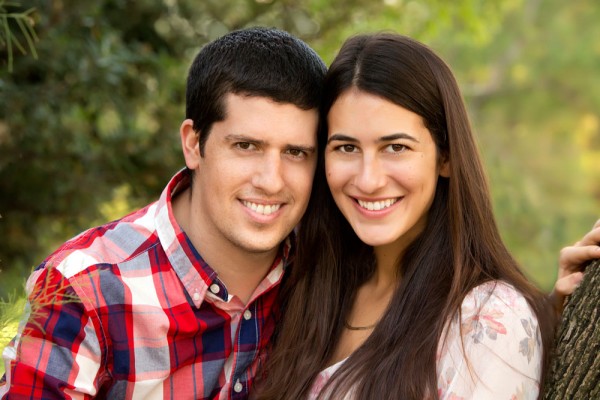 In December 2010, Hannah, from West Bloomfield, Michigan, was a senior at the University of Michigan, soon to graduate with a B.A. in History. Gilad, from Ramat HaSharon (near Tel Aviv), was a soldier in the Israel Defense Force with a few more months of service to go before continuing his education in computer science and technology.

Typically, IDF soldiers are given leave to join Birthright Israel trips as part of the Mifgash “magic” – or cultural exchange with their Jewish peers. While Hannah’s Birthright trip through U. of M. Hillel was a carefree choice, Gilad had some obstacles to clear to join the trip. Gilad was determined to get on that bus, because according to Hannah, “Every Israeli soldier knows that Birthright is this heady experience where you meet Americans, travel around the country, do touristy things and experience Israel with people who have never seen it before.”

And for Gilad, it was love at first sight.

“I was smitten, too,” says Hannah. “I remember the first time we were together, walking on the beach towards the Port in Tel Aviv, there seemed to be an instant connection.” Gilad and Hannah spent five days traveling together.

“She was a nice Jewish American girl who I wanted to know,” he said. “Her Hebrew was fluent. We were looking for each other the whole time on the trip.”

“Gilad returned to the group on New Year’s Eve, and I knew even at that point that I wanted to come back to Israel,” said Hannah. “And when I did, eight months later, Gilad picked me up at the airport. We’ve been together ever since.”

Describing what she loves most about living in Israel (beside Gilad), Hannah answers: “The weather! And the food is amazing. Vegetables are way fresher than you get in America. I love living by a Jewish calendar. When it’s a Jewish holiday here you totally feel it, every store is decorated, every bakery, restaurant. I love the culture of Tel Aviv. With everything in walking distance and always open, people here call it the “State of Tel Aviv” — like it’s own bubble.”

When asked whether they speak Hebrew or English when they’re together, Gilad answers, “We speak Hebrish.”