It’s no secret. Israeli school children are raucous—or joyous—depending on one’s interpretation of loud, unruly behavior in class. Well, kids will be kids, and Israeli kids are sabras after all, which by Hebrew definition means they can be tough on the outside and soft on the inside.

Reflecting on her introduction to teaching young Israelis in an English-immersion program at Golan Elementary in Nazareth Illit this past summer, Abby Soble comments, “The kids were very loving and sweet – but it was summer, the war had just broken out, and, honestly, the children thought they were coming to a summer camp, not a first-time summer school program in which their parents had enrolled them months earlier. We were all in a state of controlled chaos, and it took a lot of adjusting to get 34 fourth-graders in the learning zone every day.”

This past summer, Abby was one of 59  young adults from the U.S.  (including nine from Detroit  and 50 from the Teach for America program) who were paired with Israeli teachers in The Israel Program for Excellence in English, a five-week extension of the school year called TALMA (Hebrew acronym). A pilot project of Israel’s Ministry of Education In partnership with the Schusterman Family Foundation, the Steinhardt Foundation for Jewish Life, the Rashi Foundation and the Michigan Partnership2Gether Region, TALMA offers students in grades 3 through 5 a fun-filled learning opportunity to improve their skills in English in 14 schools throughout Nazareth Illit and Migdal Ha’Emek in northern Israel. 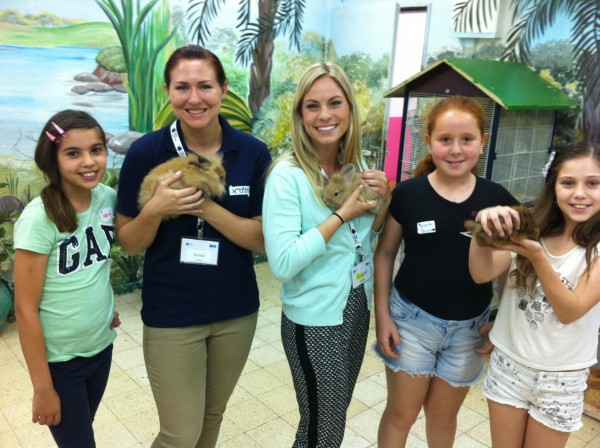 TALMA’s first-time curriculum proved to be far more challenging than anyone could have ever anticipated. “I had no idea what I was getting into,” said Abby. A 2014 graduate from Michigan State University with a B.A. in Elementary Education, Abby describes falling in love with Israel (“everyone does”) on a Detroit Birthright trip last December. With a strong desire to return to Israel before starting her student teaching position in September at Grayson Elementary in Waterford, Michigan, she jumped at the opportunity to teach English to children in the TALMA program, even though she herself knew only a smattering of Hebrew.

Facing the language barrier in a roomful of boisterous and “adorably excited” children who knew little or no English was just one of the many complexities of the program. “On our first night in Israel, we learned that the three boys believed to be kidnapped had been killed. All my thoughts before I left the States, my expectations and the lesson plans in my head with hopes to create the ‘perfect first day experience’ for the kids changed right then and there. The war with Hamas started the very next day.”

A petite blond, armed with little more than a Hebrew book of phrases and a kilowatt smile, Abby had little trouble winning the hearts of her students. As good fortune and a little planning back in Detroit would have it, Abby’s Israeli connections through Tamarack Camps where she had worked as a counselor also came into play. Abby’s placement at the Golan Elementary School reconnected her to Or Klein, a former camper and a  good friend. In the blog she kept during those weeks in Israel, she writes:

“My good friend Or basically saved the day. Every day. Not only did he voluntarily assist with translations (an absolute necessity!), he was incredibly resourceful, creative, smart and witty when it came to entertaining the students and keeping their behavior in check. He has been the best right-hand man and friend through what was a nerve wracking yet exciting process.”

Abby prevailed that first day of school and every day of the program thereafter, “managing the uncertainty of day-to-day life in Israel that summer in the best ways possible – transforming the classroom into camp-spirited fun, geared to building the children’s confidence in speaking English.

More than words can say

As Abby describes, “On a typical day, we’d start with a theme and a related activity. Making chocolate balls – an easy and delicious project, for example — would start with the “target vocabulary” and a lesson on the steps in the recipe: measure, chop, crush, mix, stir, bake. Then we’d put the lessons together in a little sing-song and dance routine, much of which I’d just make up on the spot.”

“There were days I wanted to break down,” she admits, ”Mostly, we would all just laugh. Sure, as teachers we would get frustrated, but we also knew we were doing so much good, just being there. The children were very distressed. They needed to vent and wanted to lean on me. I would ask them how they were doing, and they said it meant a lot that there were Americans in Israel, teachers who volunteered to teach for free— teaching them English during the war. They were speechless – eight-year-olds who didn’t have the words to thank us, but we all felt the love.”

Even as the children adjusted, the Israelis managing the program struggled to make the best of the situation. Abby describes how two of the Israeli instructors in the program were recruited into the army, followed in short order by Alon Futterman, the head of the program.“No worries. Everything would be okay,” Alon assured them. In true Israeli-style, he continued to lead the program from the army base, traveling back and forth on weekends to check in on them. 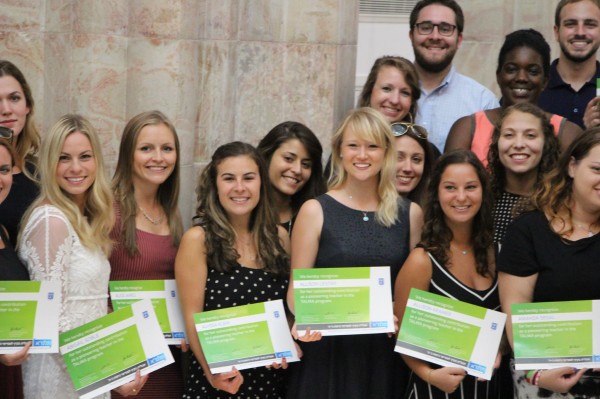 With eight Israeli friends from her Birthright trip living nearby, Abby quickly gained the sense of camaraderie and the confidence she would need to carry her through the summer with flying colors.“We were all given the opportunity to leave the program,” she commented, “But we all stayed. And the fact that there were 59 of us teaching, not giving up on the kids, not giving up on Israel, ultimately meant more that summer than anything we could have taught out of a workbook or a lesson plan.”

Asked what lessons she’s brought back from Israel, Abby answers with certainty, “I’ve grown in confidence in my classroom management skills. I have a higher tolerance for behavioral problems—because I’ve learned so much about life from my “crazy-hyper” Israeli students – as well as from my Israeli friends who’ve come out of the army as very mature, level-headed strong and resilient people. Perhaps it’s ironic that there’s so much mayhem in their schools with such good results in the end. I guess that’s all part of Israeli charisma.”

Reflecting on the summer, the war and an once-in-a-lifetime teaching experience, Abby is philosophical.“There are sirens continually going off around the world. You hear or you don’t hear them.You can be affected or not. The message for us, moving forward and for those thinking of traveling, studying or working in Israel is that it’s safe to follow your dreams there and the support is beyond what you can imagine.

“Though it’s true we may have felt distraught at times when we heard that a missile had gone off in the south, I personally never felt scared. We had bomb shelter drills with the children, but we were never driven into a shelter by an attack. Ironically, I heard my first siren this summer in Farmington Hills during a severe thunderstorm.”