Page turners and other recommendations from the halls of Federation

What? Not a Tom Clancy, Daniel Silva or Nora Roberts novel in the bunch? Beyond browsing the web, Facebook pages and email, a quick survey in the halls of the Max. M. Fisher Building suggests we’re still at heart a people of the book, apparently the most avid of readers. Shunning guilty pleasures in Shades of Grey, page-turner classic romances and obvious beach reads, here’s our random list of staff recommendations: 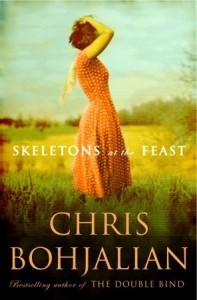 “Anything and everything Bohjalian”

Megan Topper  from Federation’s Women Philanthropy recommends  reading Chris Bohjalian, starting with Skeletons at the Feast,  an epic romance set in World War II tracing the journey of German refugees as they flee their homeland.

Amy Newman in Federation’s Alliance for Jewish Education says she’s only reading books related to her field of practice and lists Inspired Jewish Leadership by Dr. Erica Brown and Gonzo Judaism: A Bold Path for Renewing Ancient Faith by Rabbi Niles Goldstein. Both very good if you are interested in Jewish learning and leadership. 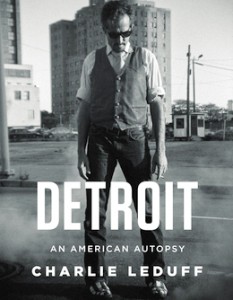 Josh Kanter, representing Federation’s NEXTGen Detroit, suggests Detroit: An American Autopsy by Charlie LeDuff, a reporter who’s well “past finding the city frightening anymore.”  Like dinner with a fine wine, pair LeDuff with Binelli. From another native son of our once-and-future proud city, read Detroit City is the Place to Be by Mark Binelli.

Something Newish and Jewish

David Contorer, Director HFL, confesses spending his leisure reading time with Nobel Laureates. His summer reads include Muhamad Yunus’ work, Creating a World Without Poverty for non-fiction and Mo Yan’s The Republic of Wine. Yunus won the 2007 Nobel Peace Prize for his innovative system of providing micro-loans to impoverished women through Grameen Bank, Bangladesh. In his satiric novel, Mo Yan – 2012 Nobel Prize for Literature – explores corruption and the relationship between the Chinese people and food and drink. Heady stuff! 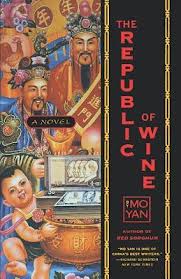 Elizabeth Applebaum, at the JCC in West Bloomfield, confesses that when she was a kid, she loved the TV show I Dream of Jeannie, perfumes that smelled like strawberry and reading about history. She’s outgrown the former two. Her top recommendations for fellow history buffs: Backs to the Wall: London Under Fire 1940-1945 by Leonard Mosley. This book makes readers feel as though they’re right there in Britain during its greatest struggles and triumphs. Another good read: Truman by David McCullough, “a masterful biography of my favorite president.”

Deena Lockman, Tamarack Camps, just read The Language of Flowers by Vanessa Diffenbaugh “mesmerizing and moving” and The Light Between Oceans by M. L. Stedman. What would you do if a baby washed up on your shores?

Susie Feldman, Senior Endowment Development Manager (and a fabulous baker) offers Tomorrow There Will Be Apricots by Jessica Soffer. Good writing and food. What’s not to read? 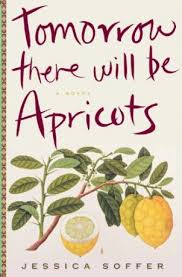 Jennifer Levine (Federation’s Women’s Philanthropy) just finished Still Alice by Lisa Genova. “This is a compelling story about a 50-year-old woman’s sudden descent into early onset Alzheimer’s disease,” she says. “A quick read and in turns heartbreaking, inspiring and terrifying.”

Allan Gale, Associate Director Jewish Community Relations Council (JCRC), recommends Saving Israel: How the Jewish People Can Win a War That May Never End by Daniel Gordis.  “Rabbi Daniel Gordis is one of the most thoughtful and inspiring Jewish authors (and speakers) today. He and his family made aliyah just before the Second Intifada (2000) and he has been a prolific commentator on life in Israel ever since.”