It began as the Detroit Medical College.

In the decades that followed, from the late 19th Century into the 21st,  from a training school to a teachers’ college, from city college to a university, Wayne State University has grown into an urban institution of international stature with educational and research facilities on 220 acres in Midtown.

Among the first generations of students at Wayne State were Jewish immigrants and servicemen returning from war. Many were the first of their families to get a college education. They took the bus to classes in a variety of repurposed buildings, from the iconic Old Main to former homes scattered throughout Wayne’s small campus.

The names and faces on campus have changed today, as has Detroit’s immigrant population. But, the spirit of the students has remained remarkably true to the origins of the University. While there is a vibrant campus life with students living in residence halls, many students live off campus and attend classes part time. Many of them work full time jobs. Many of them are married with children. Wayne State has students attending classes through their adult years, spending a lifetime educating themselves. 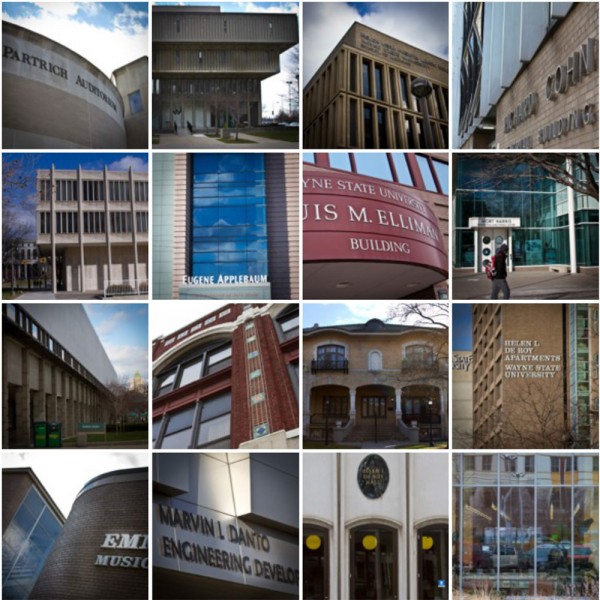 How many buildings can you name?

Jlive is your one-stop hub for all the great events going on in Jewish Detroit. Discovery, classes, celebrations and more… there’s always something for everyone. Visit the Jlive site to… END_OF_DOCUMENT_TOKEN_TO_BE_REPLACED