Creamed pickled herring. To some it’s decidedly a Jewish delicacy of Eastern European origin. To others, it’s something of an oddity fished from a jar. For Detroiters in particular, herring – be it pickled, creamed, marinated, dilled or chopped –  is “just like Ma used to make,” only if it’s MaCohen’s brand.

MaCohen’s – a division of Sea Fare Foods – has been in the herring business for four generations, more than 75 years.

What are the odds?

A family business, home-grown in Detroit, MaCohen’s stands today as the last kosher food purveyor downtown. Located in an unassuming processing plant on Brewster Street in the Detroit Eastern Market, the business is a rarity by any standard. According to statistics, more than 80 percent of businesses in the United States are family owned. Yet, precious few family enterprises succeed in transferring their business to the next generation. Nearly 70 percent of family companies will not see the second generation take the reins; 88 percent will fail taking the business to the third generation and 97 percent of the third generation will not succeed in passing the company to the fourth generation.  MaCohen’s has beaten the odds.

A heritage of herring

“Herring runs in our family,” says MaCohen’s proprietor, Philip Sack, “Our business was founded on the life experience and expertise of my grandfather, William, who passed his knowledge on to my father, Lincoln.

Lincoln, 93, a resident of the Cloisters in West Bloomfield, founded the company in 1959.  “My dad came to Detroit and took a chance,” Phil recalls. “Back then, the contract for fish was a handshake. Partnerships were built on friendships. My dad was always prompt paying his bills, so the business hit the ground running. The company quickly grew with distribution to Cleveland, Pittsburgh and Cincinnati – cities with large Jewish communities.”

A new line in the water

A graduate in food science from Michigan State University, Phil joined the business in 1976. Together he and his father took MaCohen’s herring production to a new level, from a regional product line to an international brand. Representing the fourth generation, Kevin, 24, entered the family business two years ago. Majoring in business at U of M, Kevin immediately set to work to make his own mark in the business.

“Kevin was excited to return to his roots in Detroit to continue the family business,” Phil explains.  “We sat down and put our heads together and realized that we had to expand our product line, so that we both could have a healthy life from the business. Kevin was very interested in making smoked fish. He did the research. We looked at the numbers and began the process about a year ago. We’re having a good success with it.”

The taste sampled round the world

From day one, the staple of the MaCohen’s product line has been the pickled herring. And those who know their herring can taste the difference, knowing that all varieties of the product are still processed and hand-packed, not machine-filled. “There are things a machine just can’t do,” Phil notes, “we process up to 100 barrels of fish from the New Brunswick Canadian industry each week with the confidence that only the finest product goes into every jar. This is why you’ll see MaCohen’s and Sea Fare labels in Costco and grocery stores around the country. We even have distribution channels in South Korea and Honduras.”

From the start, MaCohen’s also turned to the Orthodox Union for its superior kosher supervision. Those who look for the OU symbol can be sure that the brand has stayed true to its Jewish roots. In addition to the old favorites, the line includes specialties such as Schmaltz Herring and Matjes Herring “family-secret” in a blend of spices. Top-of-the-line nova lox has been a mainstay in the product line for the past five years. And now, thanks to Kevin’s interest and innovation, the business is also a smokin’ success – with Smoked Salmon, Whitefish, Trout and Sable recently added to round out the line.

Beyond palette-pleasing, the MaCohen’s brand is award-winning.  Recently it was judged #1 herring for taste in a panel of world-class chefs and recognized in a ceremony held at Carnegie Hall in New York.

“Ours is a food business, but it also a family business that sustains us in spiritual ways as well, Phil reflects.  “It’s a wonderful blessing to have a son in the business.  I didn’t realize before Kevin came on board what it must have meant to my father. My dad backed away from the business when he was 80. He knew the business was going well. But even so, he’d come to the office  from time to time, to relax and kibbitz with his friends over the phone. My dad had a nice way to retire, don’t you think?” 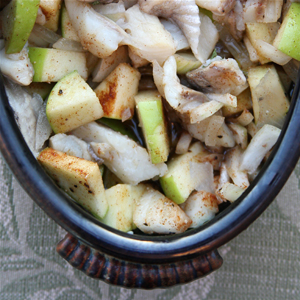 Jlive is your one-stop hub for all the great events going on in Jewish Detroit. Discovery, classes, celebrations and more… there’s always something for everyone. Visit the Jlive site to… END_OF_DOCUMENT_TOKEN_TO_BE_REPLACED

Now you can’t afford not to go.  For the first time in over a decade, the Detroit Jewish community will be traveling to Israel together. Thanks to an anonymous donor,… END_OF_DOCUMENT_TOKEN_TO_BE_REPLACED

Jlive is your one-stop hub for all the great events going on in Jewish Detroit. Discovery, classes, celebrations and more… there’s always something for everyone. Visit the Jlive site to… END_OF_DOCUMENT_TOKEN_TO_BE_REPLACED