The Power of Pen Pals

Pen pals? In the age of email, text messaging and Facebook friends, the notion of writing actual letters on paper seems so past-century.

To the credit of Hillel Hebrew Day School teacher, Mrs. Rivka Schuchman, and her former student, Carly Greenspan, now teaching English at the Remez School in Rishon Lezion near Tel Aviv, the power of the pen still prevails. Over the past few months,  the letter exchange between their students has been lively, instructional and best of all, memorable. 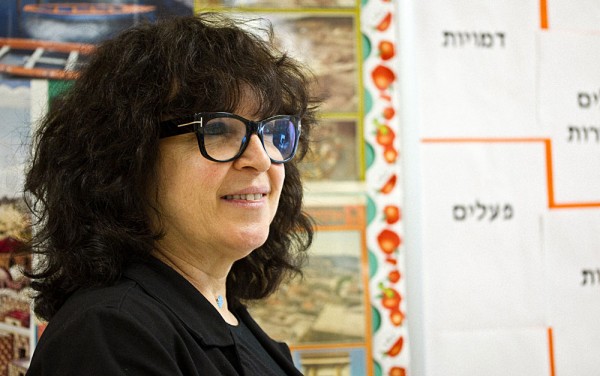 Encouraging “letter-perfect” Hebrew at Hillel Day School, Rivka Schuchman travels the distance to facilitate the pen pal exchange between her sixth-grade students and the students of the Remez School in Israel.

“Dear Loren,” Shahar writes, “ I am 11 years old. My hobbies are dancing, singing, exercise and watching movies.  I do not like cheese. . .”

In Mrs. Schuchman’s first-period class, the students are remarkably fluent in Hebrew, speaking in animated bursts. Sitting in on the morning session, we learn that the class has a surprise planned for the sixth-graders of the Remez School: a “Ring of Three Trees” has been planted in their honor in the Children’s Forest in Israel, a gift from Hillel. Planning her own visit to Israel during Spring Break, Mrs. Schuchman, is to present the commemorative plaque to the class, accompanied by two of her students, Aviva Lupovitch and Eric Lipsky, each traveling to Israel with their families as well.

To  Eden: “Hi my name is Neta. My hobbies are dodge ball and volleyball.  During Chanukah I’m going to a sleepover at my friend’s house and watch movies. . .  I hope you write to me soon…”

I hear this term repeatedly in Israel. The expression didn’t fully make sense to me until I became an Israel Teaching Fellow and started my assignment teaching English in the sixth-grade at the Remez School in Rishon Lezion, an ethnically and socioeconomically diverse area south of Tel Aviv. 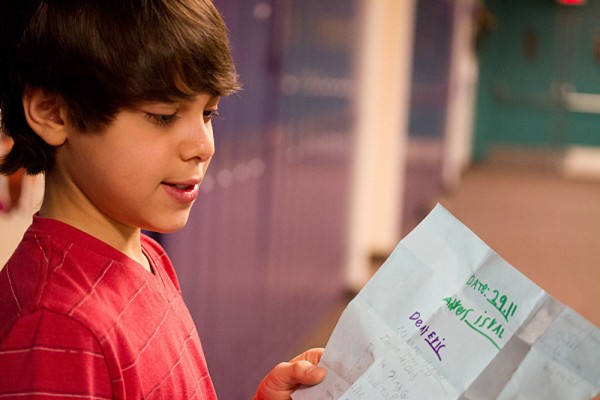 From the start, it was clear that this school was extremely different from any school I had attended. Kids were in constant motion, running around the classroom, referring to my mentor teacher, Ricki, by her first name.

What caught my attention as the students settled into their lesson was that they were reading pen-pal letters out of a workbook.  Aha, I thought,  here’s my opportunity to add something real to enhance their classroom experience.

As the kids rushed out of the classroom, I asked Ricki had they ever been a part of an actual pen-pal exchange. She responded that she thought this was a wonderful idea, a way to capture their attention, while providing them a platform to improve their English. 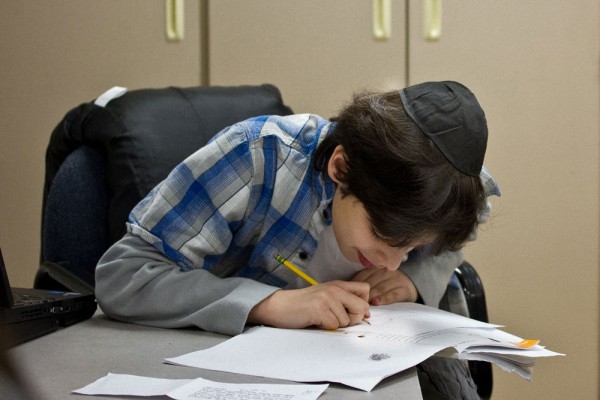 I knew the one person I wanted to contact was Rivka Schuchman, my former sixth-grade teacher at Hillel Day School. She was glad to help, knowing that our efforts would result in new friendships and the possibility that our students might even meet one day.

When I introduced the project to my class, I knew I had their undivided attention.  For the first time, the students sat in rapt silence. They were enthusiastic to start; many put extra effort into the assignment, while others  took their time. Every student was anxious for a response.  Shortly after we sent our letters, we learned that Mrs. Schuchman planned to be in Israel to visit the class.  In person!

The day she arrived, the kids were mesmerized with everything she had to say.  Suddenly the letter exchange was very real for them. In a world in which we are now geared to communicate in ways that provide an immediate response, I realized that this special opportunity reassured my students that real kids were reading their letters.  From then on, the first question the students asked the moment I walked into the classroom each morning was, “Did the letters from America come yet?”

The day the letters arrived there were lots of smiles, but the best was yet to come. I again received notice from Mrs. Schuchman that she was planning another visit during the mid-winter break at Hillel, and that two of her students, Eric and Aviva, would be joining her. Upon hearing the news, my students were overcome with excitement.

On the day of the visit, I walked into the class to find that most of the kids had skipped recess to set up the room to greet Aviva and Eric with welcome signs from every member of the class and a buffet they had organized themselves. 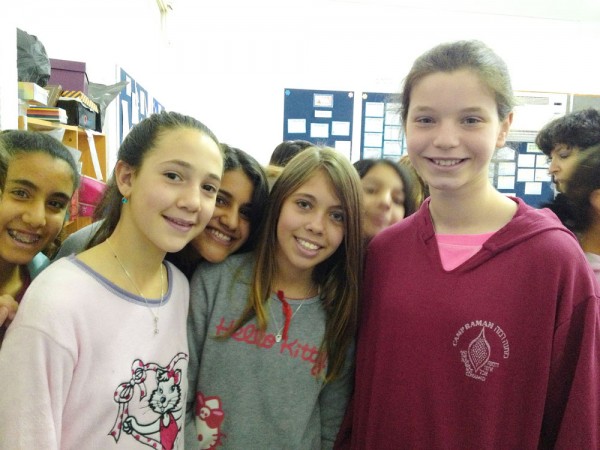 Aviva Lupovitch in Israel (right) meets her pen pal, Orel, with friends at the Remez School in Rishon Lezion.

Aviva and Eric were greeted with high-fives, invitations to play football (soccer) and come to the children’s houses after school. After brief introducions, Aviva and Eric received mishloach manot, little gift bags from their pen pals to celebrate the upcoming Purim holiday.

Mrs. Schuchman presented the Israeli students with a beautiful plaque that explained how her students graciously raised money to dedicate a ring of trees in The Children’s Forest in Israel to honor their pen-pal exchange. . . in celebration of Tu’Bshvat. Both of these gifts  reflect the the point of our exchange— to show what our students share in common, celebrating the same Jewish holidays – even though they live on opposite ends of the world. 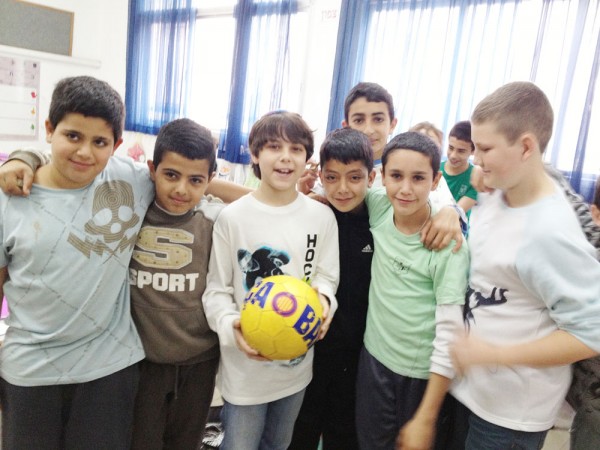 As much as I would like to say, on the day Aviva and Eric came to school all my students sat quietly and the chaos disappeared, that was not the case. The chaos was still there but this time it was organized around their excitement of wanting to sit next to and interact with their new friends from America.  Success! 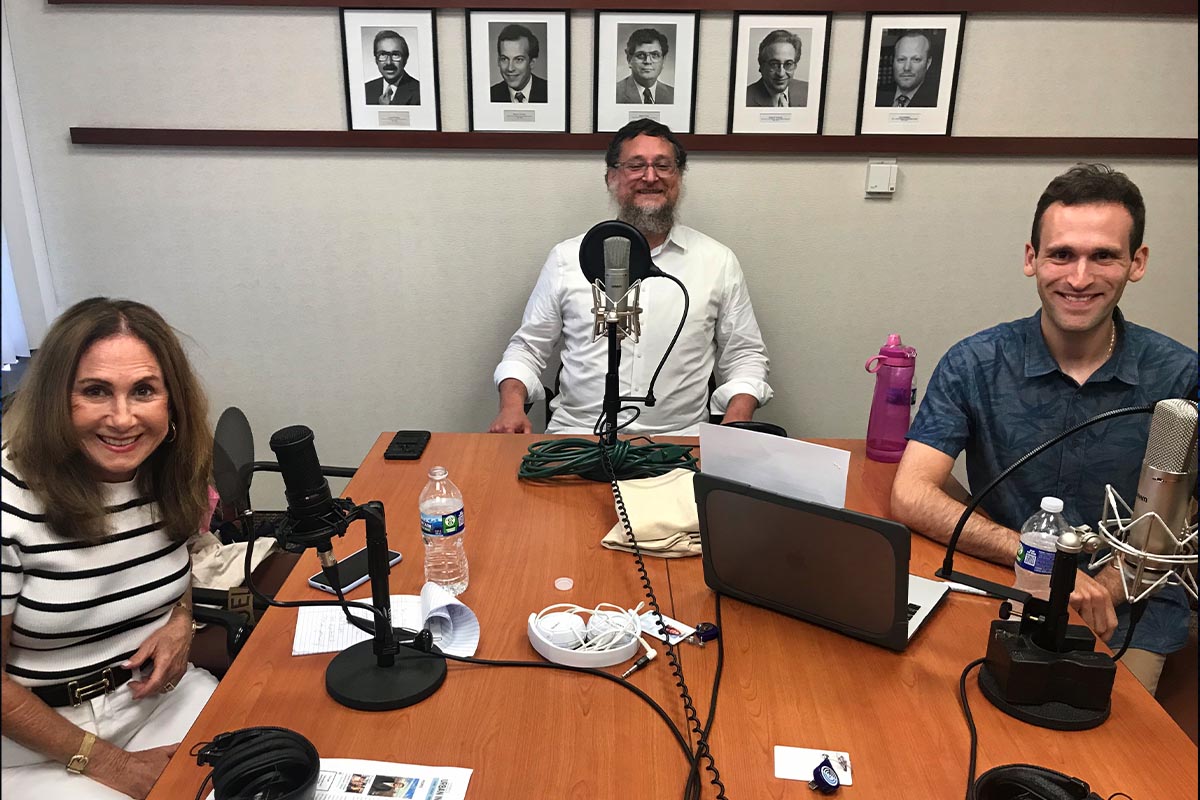 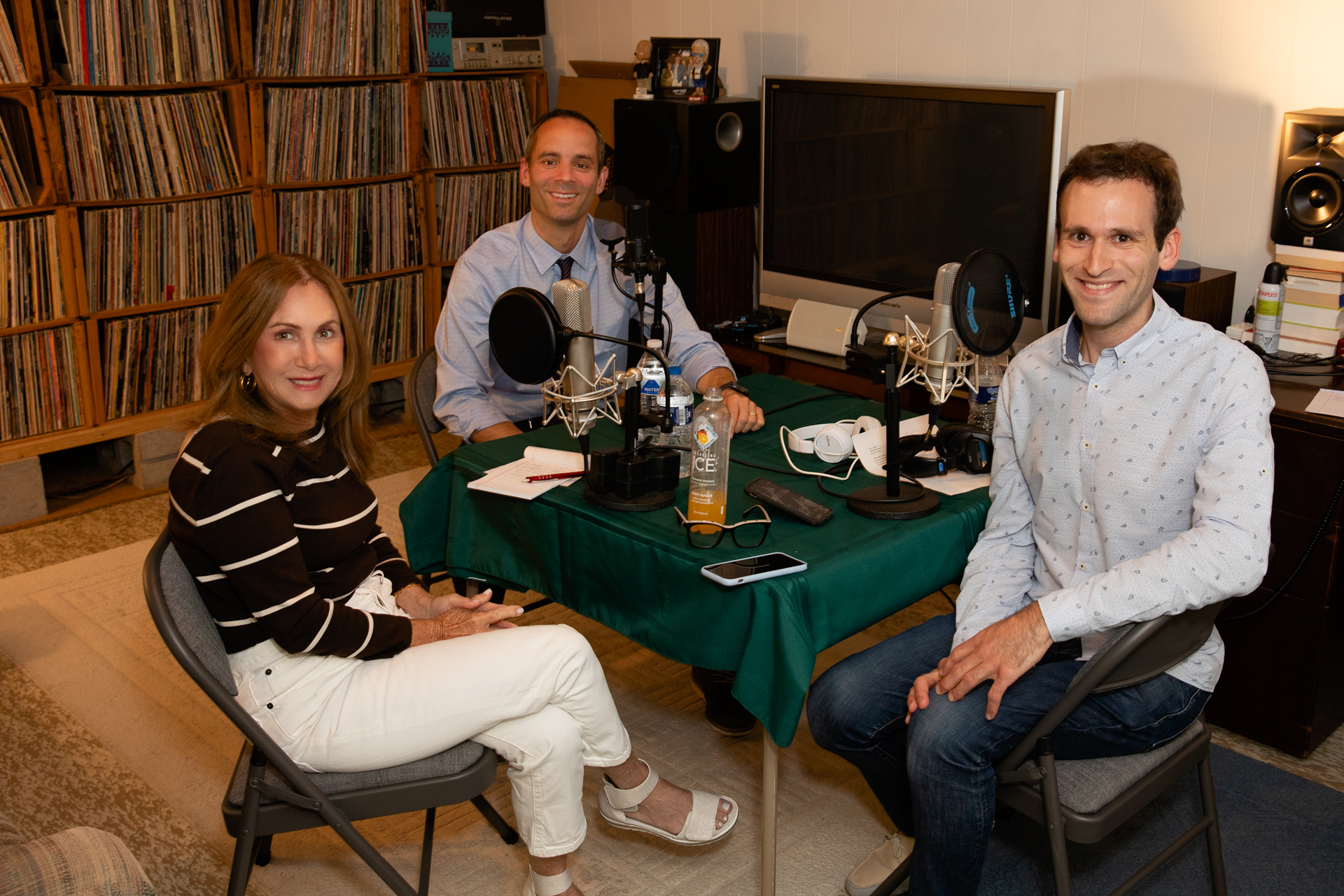 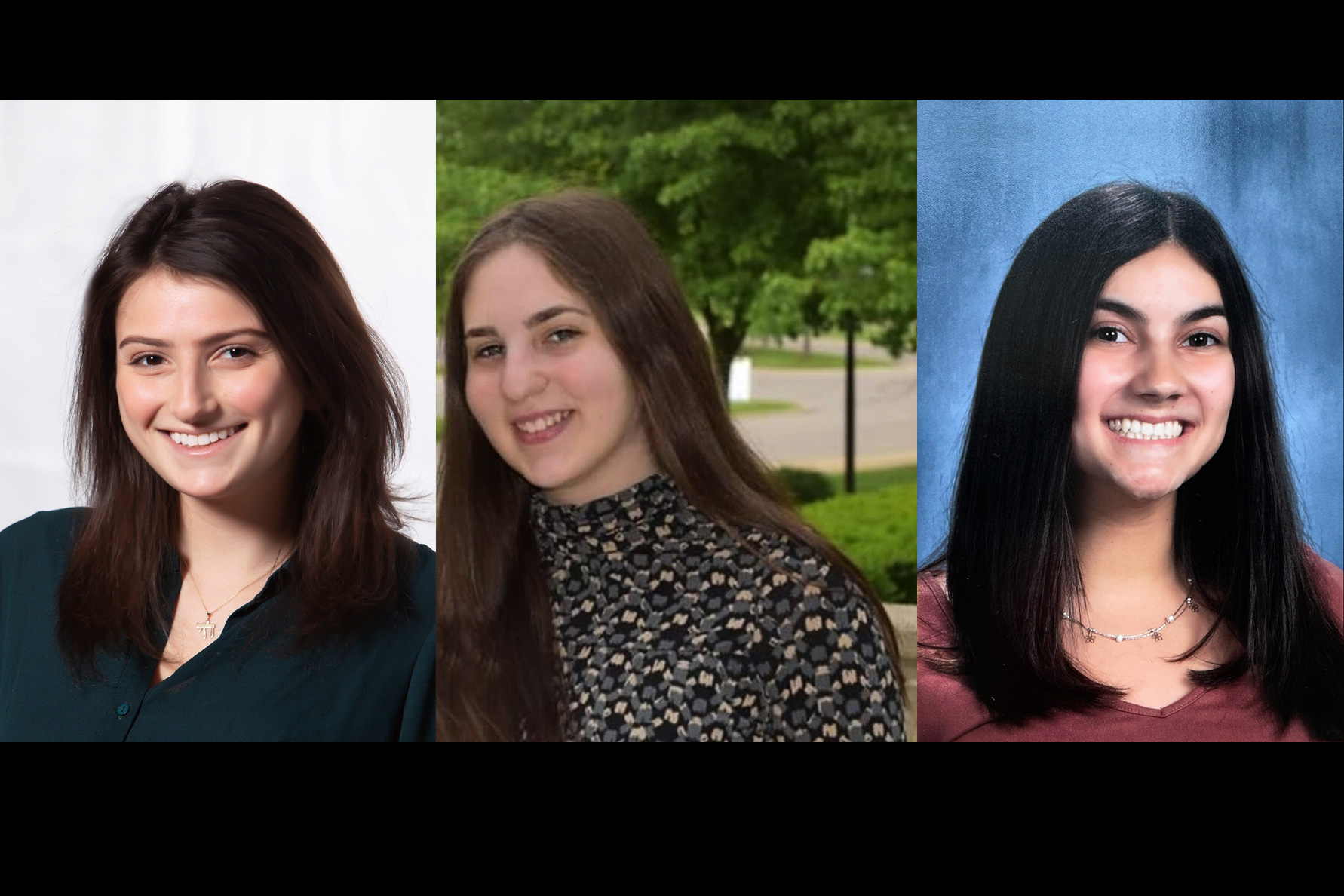 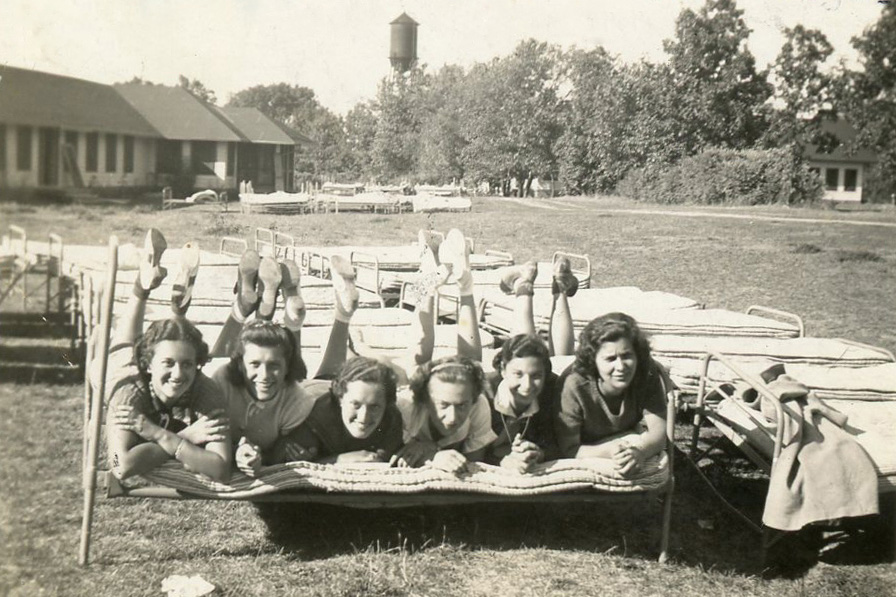