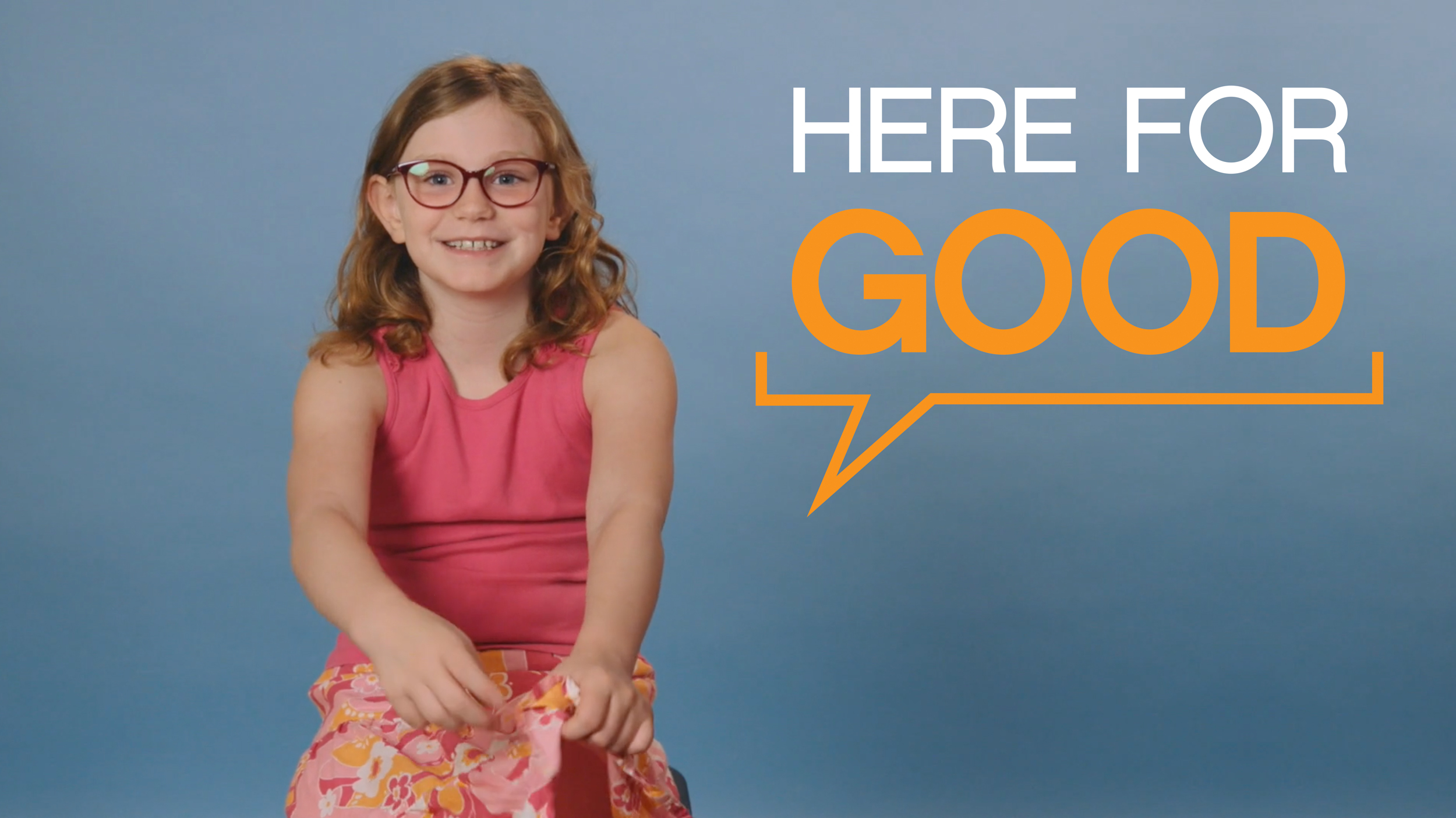 A few years ago, Federation released a simple, but powerful, Annual Campaign theme — “Here for Good.” These three little words seemed to sum up perfectly the mission of the Jewish Federation — here to do good and here for the long haul. And because it was just so spot on, we decided to bring back “Here for Good” as the theme of the 2020/5780 Annual Campaign.

This kind of statement is not new to the Jewish people. Our tradition teaches us that both Abraham and Moses, when called upon by G-d, responded with a similar sentiment — “Hineni” — I am here. Far more than just announcing their presence, “hineni” signified their absolute devotion and willingness to be of service.

At Federation, we are here to heal the world and make a positive difference in the lives we touch. In short, we are here for good. And so many community members are in this with us. So we asked a few friends to share what they are here for, what makes them get up every morning, inspires them, fuels them to be here for good. Then we took a sampling of their answers and put them together in our new Here for Good video, which you may have seen making the rounds on Facebook.

Here is a brief rundown of who all these wonderful folks are in order of appearance. Thank you for watching, thank you for reading and thank you for being Here for Good!

Jordan Robinson is a student at Michigan State University. He’s on the regional board of BBYO, works at JCC Day Camps, interns at MSU Hillel and is an all around all-star!

Rabbi Yarden Blumstein is the teen director at Friendship Circle and a teacher at Frankel Jewish Academy. As a teen mentor through Friendship Circle’s Matter program, Rabbi Blumstein brings awareness to issues surrounding mental health and helps teens support one another.

Rhoda Dicken has been a resident of Jewish Senior Life’s Meer Apartments for nearly 4 1/2 years. She enjoys attending current events, beading, musical entertainment and out-trips to concerts and other community events. This year, she was elected Vice President of the Meer Resident Council. Rhoda also has a cat named Rocky, who she loves very much.

Ashley Schnaar is a graduate social work student at the University of Michigan. She has spent the past three summers interning at the Jewish Federation of Metropolitan Detroit.

Rabbi Eli Mayerfeld  is currently the CEO of the Holocaust Memorial Center in Farmington Hills and previously served as the executive director of Yeshiva Beth Yehudah. He is very active in Federation’s fundraising efforts and was a member of Federation’s of North America’s National Young Leadership Cabinet.

Beverly Liss is the president of the Jewish Federation of Metropolitan Detroit. Her list of community involvement and committee memberships is far too long to mention in its entirety, but includes formerly chairing Federation’s Israel and Overseas Committee, serving as president of Women’s Philanthropy and acting as Federation’s Campaign co-chair. She a past winner of the Sylvia Simon Greenberg Award.

Sam Dubin is a NEXTGen Detroit board member and the founder and chair of NEXTGen Detroit Pride. He is an advocate for inclusivity, former Central Michigan Hillel president and director of sales and marketing and a fourth generation Dubin at Dubin Cleaners.

Alan Kaufman is the president of the United Jewish Foundation of Metropolitan Detroit. Along with his wife, Sue, and family, the Kaufmans are generous supporters of Jewish Detroit, particularly its young people. They have been the presenting sponsor of NEXTGen Detroit’s EPIC event for the last nine years and have sponsored the Teen Mission to Israel since 2012.

Aliza Newman is a New Jersey transplant who made the move here with her Detroit-native husband. She is the administrative assistant for both the NEXTGen Detroit and Affinities departments at the Federation. She’s also very impressed with our kosher bagels here.

Lily Moskovitz is a third grader and two-year Tamarack Camps veteran. She attends Adat Shalom’s afternoon school, and was happy to give a video shout-out to her savta, teacher and tutor Ella Moskovitz.

Lou Goldhaber is a member of the Federation of North America’s National Young Leadership Cabinet. He also currently sits on Federation’’s P2G Steering Committee and is on the board of directors for Hillel of Metro Detroit and The Woodward Society.

Ilan Weiss is a junior at Frankel Jewish Academy, second year member of The Jewish Fund Teen Board and served as an intern at the The Jewish Fund this past summer. He’s also an avid participant in his school’s musical theater productions.

Brady Feld is a fifth grader at West Maple Elementary. He has spent the last four summers as a camper at Tamarack Camps and attends Temple Israel religious school.

Rabbi Azaryah Cohen is the head of school at Frankel Jewish Academy.

Becky Hurvitz is a writer and marketing strategist for the Jewish Federation. You may recognize her name from bylines in My Jewish Detroit and the Detroit Jewish News. This is not her first Federation video/rodeo.

Nina Yahalomi Klevitsky is Detroit’s Federation Senior Community Shliacha sent from the Jewish Agency for Israel (JAFI) to strengthen our community’s ties to Israel through education, experience and engagement — and she’s been doing an incredible job of it for the last two years!

Betsy Heuer is the Campaign chair for Federation’s Women’s Philanthropy. She is also Federation’s Israel and Overseas Engagement chair, past chair of the Partnership Steering Committee, past president of the Jr. Division (now NEXTGen Detroit), grandma extraordinaire and author of her hilarious memoir, Beer and Whine.

Robbie Terman is the director of the Leonard N. Simons Jewish Community Archives. She’s on a mission to preserve Detroit’s Jewish history and showcase all the supercool things that can be found in the archives.

Nat and Leslie Ungar live in Southfield and are the proud parents of five children:  Tehila, Aliza, Estie, Meira and Yaakov. Nat is on the board of their shul and their children’s school, Yeshiva Beth Yehudah. Leslie is involved in many community projects including the Detroit Baby Drive, Bichur Cholim, projects at her kids’ school, synagogue events and more.

Rabbi Ari Witkin is the director of leadership development at the Jewish Federation. He is passionate about adaptive leadership and Jewish learning. Rabbi Ari is the proud husband of a fourth generation Michigander and father to their newborn son, Hadar.

Ruthanne Pearlman is an Art Director in Federation’s Marketing Department, and has enjoyed getting the Federation message to the community for the past 18 years.

Dennis Bernard is the president-elect of the United Jewish Foundation and past chair of the Government Relations Oversight Committee for the Jewish Federation.

Carolyn Bellinson is a Federation Campaign co-chair, member of the board of directors and is a fellow in the Wexner Heritage Program. She’s a past president of Hebrew Free Loan and served on the board of Yad Ezra. An active member of Federation’s Israel and Overseas Committee/Mission Lab, she was a participant on the Sherman Campaign Leadership Program and Grosfeld Mission 8 to Poland/Israel and served as chair of Grosfeld Mission 11.

Rabbi Yisrael Pinson, along with his wife Devorah Leah, is the co-founder and executive director of Chabad of Greater Downtown Detroit. He is also the recipient of Jewish Federation’s 2017 Frank A. Wetsman Young Leadership Award, previously worked for Friendship Circle, Jewish Hospice and Chaplaincy Network and the Daniel Sobel Friendship House.

Gary Sikorski is Federation’s Director of Community-Wide Security. A seasoned veteran of law enforcement, with 26 years of experience, Gary is a graduate of the FBI National Academy and the Northwestern University School of Police Staff and Command.

David Glass is a writer and content strategist for the Jewish Federation. He is also a contributing writer for My Jewish Detroit and a member of the Marketing Committee for Jewish Family Services.

Adam Blanck is the president of NEXTGen Detroit and the co-founder of Federation’s fundraising event Pitch for Detroit. He is also active in the U-M Social Venture Fund, serves on the board of Joshua Venture Group and is third generation and chief of staff at Wallside Windows.

George Roberts is on NEXTGen Detroit’s executive board and is founder and chair of their Israel Engagement committee. He also sits on the boards of The Well, Founders Junior Council fo the Detroit Institute of Arts, the Roosevelt Park Partnership, the Detroit Greenways Coalition and Project Evergreen. George is the director of public spaces at Quicken Loans and loves living, working and playing in Detroit.

We’ve never seen this guy before in our lives!

Judy Margolin Landau’s NEXTGen Detroit involvement includes being a member of the Executive Board, NEXTWork Committee, Israel & Overseas Committee and Young Adult P2G Cohort. She’s also on the JACPACII Steering Committee, the ADL GLI National Alumni Advisory Board and volunteers with JFS. And that baby bump she points to in the video is now a happy, healthy little girl named Emma Libby.

Inna Savka is a Web Developer at the Jewish Federation. She came with her family to Detroit from Moldova 26 years ago. Now, she gives back to the community that welcomed her. 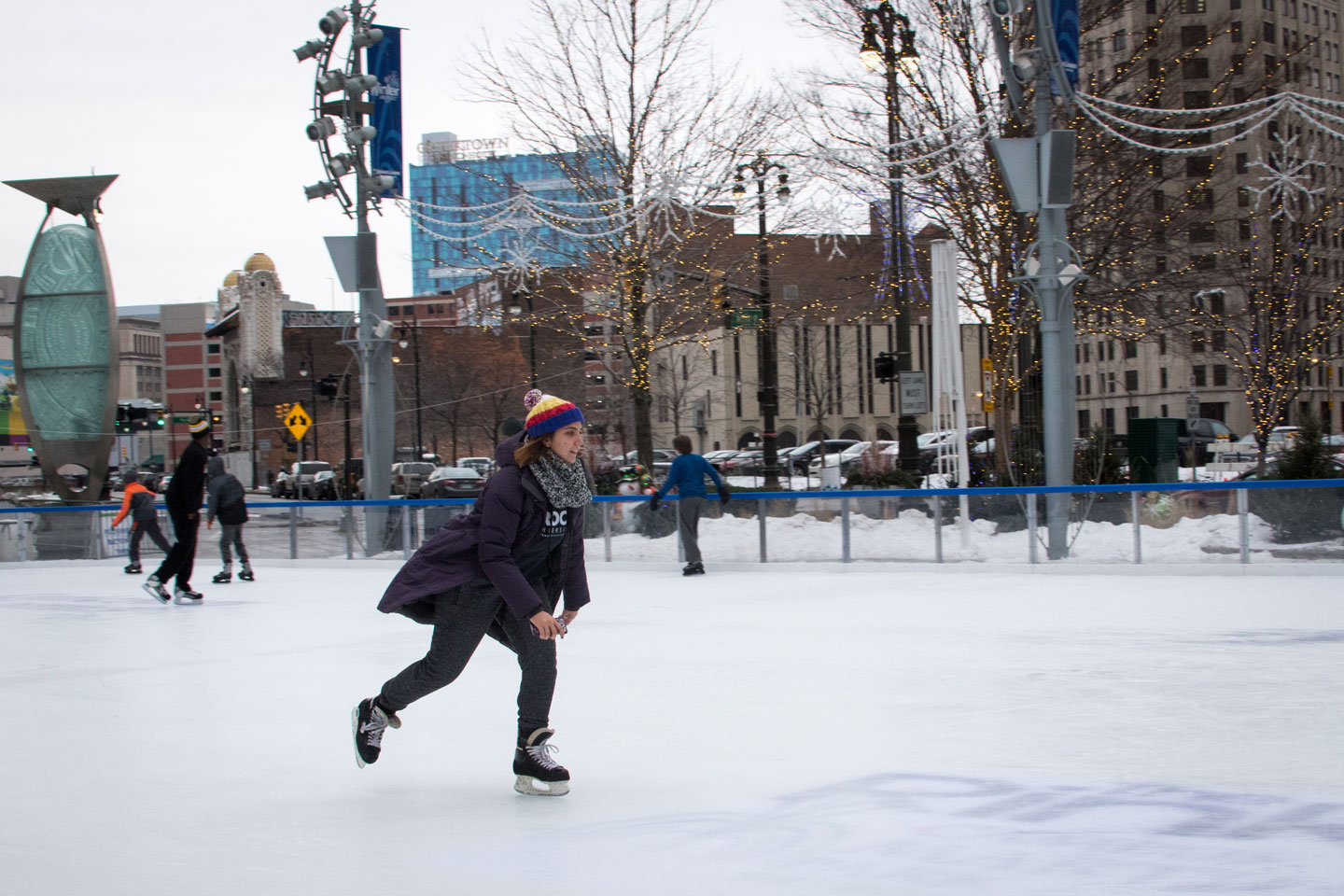 Taking the Chill Off Winter in the City 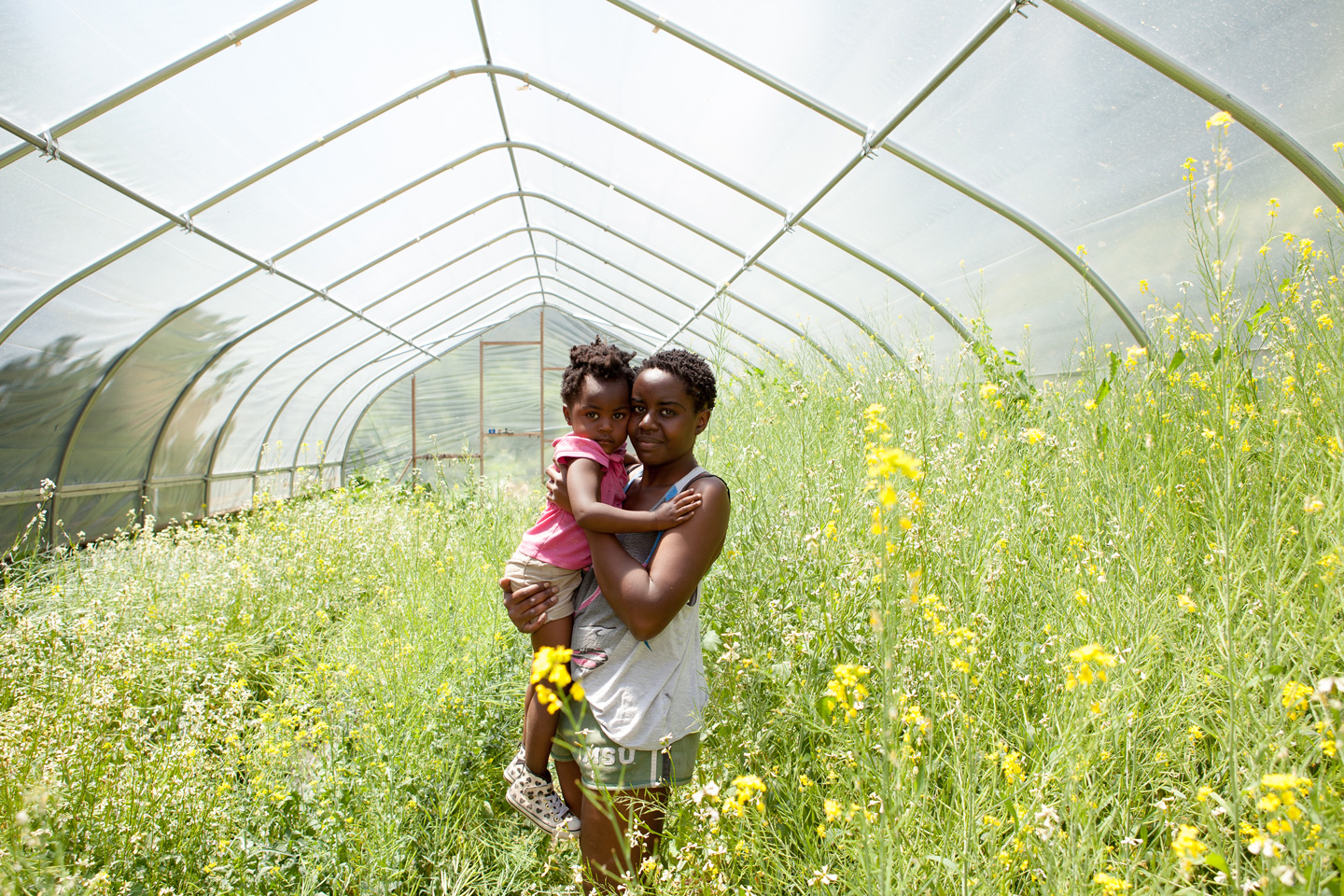 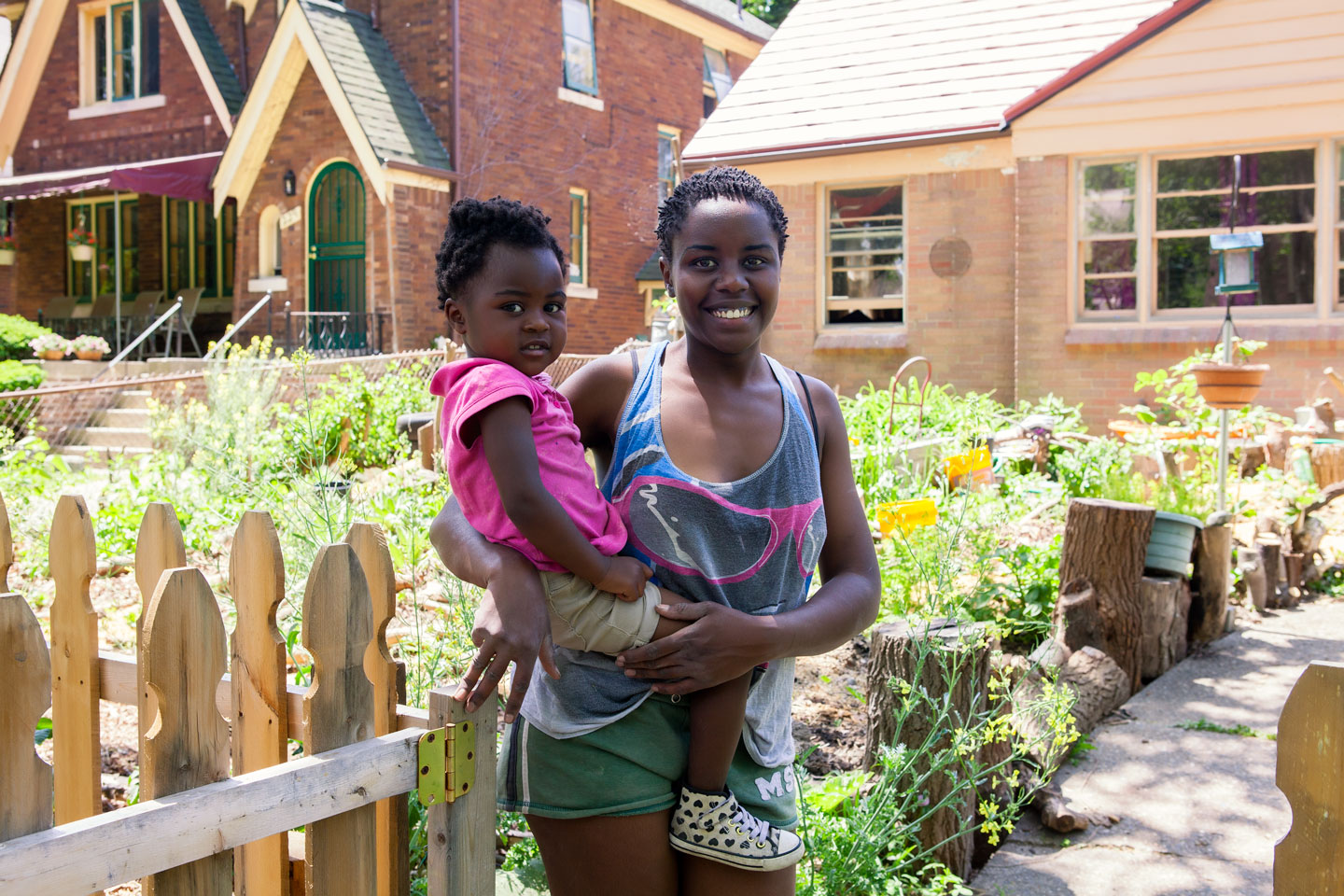 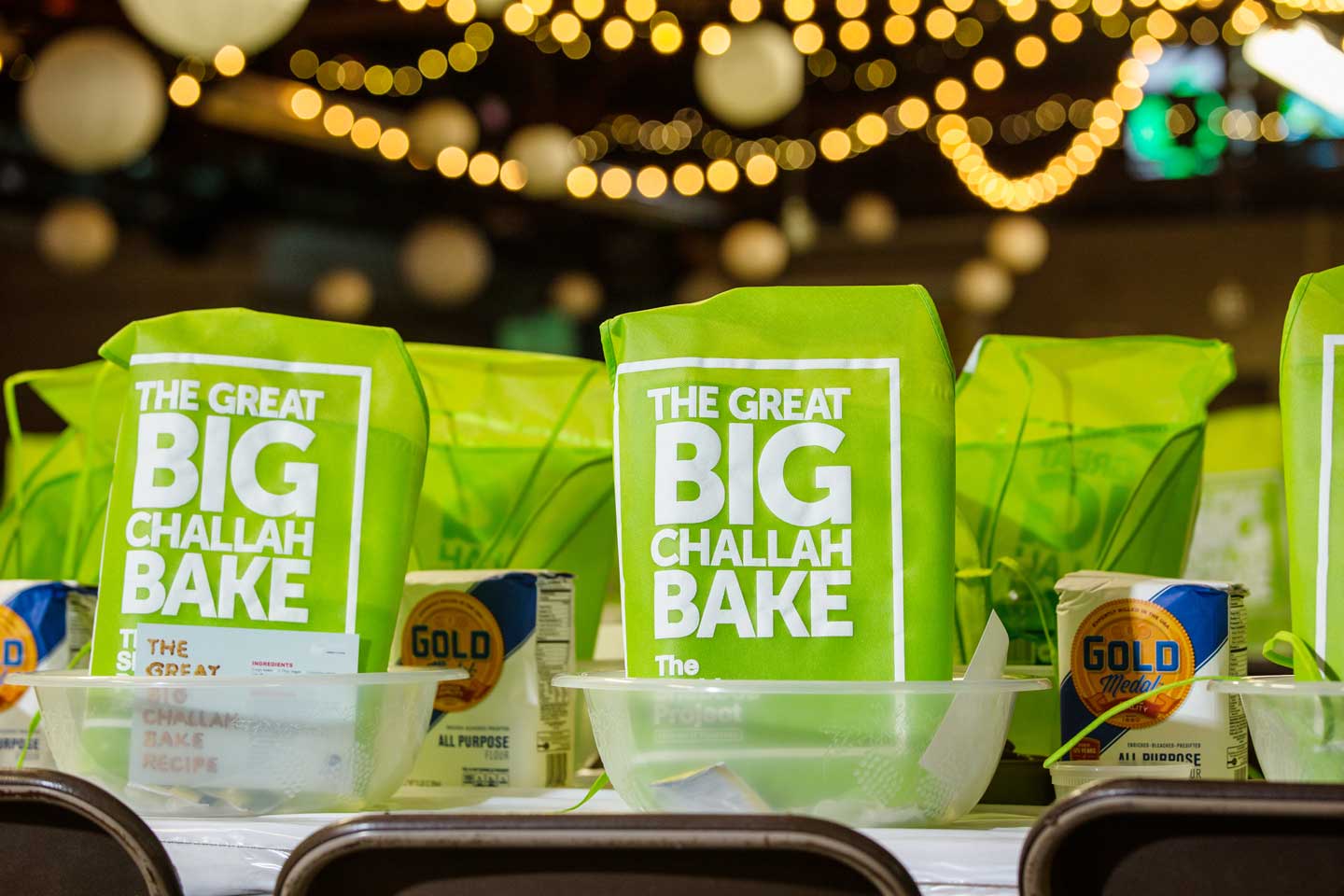