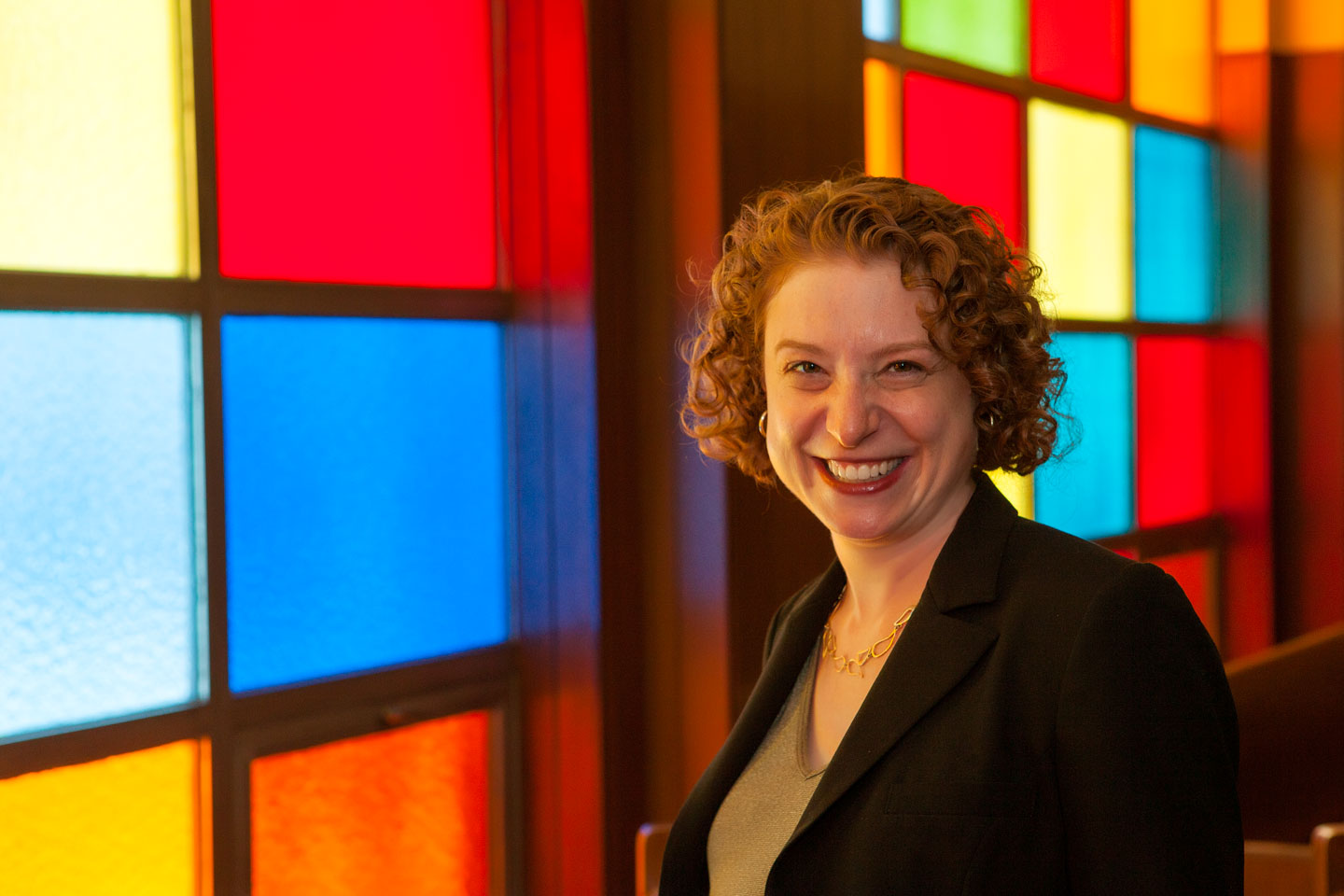 Remembering the past, with a focus on the present and an eye to the future, the Isaac Agree Downtown Synagogue (also known as the Downtown Synagogue) is preparing to bring its Rosh Hashanah and Yom Kippur services, back to the heart of the city where Jewish life is again thriving. As always, services are free and open to all.

To be held at the historic Temple Beth El building (home to the Jewish congregation from 1922 to 1973- now the Bethel Community Transformation Center) at 8801 Woodward Avenue, the services represent the “resurgence of a critical mass of young Jews to the greater downtown area,” says the synagogue’s Rabbi Ariana Silverman. “This is a watermark year for us as we return to the city for the High Holidays.”

For the last several years, the Downtown Synagogue has held its services at the Holocaust Memorial Center on Orchard Lake Road. Commenting on the move back downtown, Rabbi Silverman said, “The Holocaust Memorial Center is a beautiful venue and we are grateful for the years that they so graciously hosted our services, but we felt it time to bring the services back to the city.  And what makes the Beth El building perfect is not only that it was the home of one of the city’s great Jewish congregations, but that it reflects the growing partnership we have with our Detroit neighbor, Pastor Aramis Hinds, of Breakers Covenant Church International, the congregation that owns the building. When he showed me the sanctuary, I teared up. It’s so beautiful and its development is a story of hope and renewal that speaks to the history of the Jewish people and Jews in Detroit.”

Pastor Hinds shares Rabbi Silverman’s dedication to the significance of the Beth El building as well as her emphasis on the collaboration between the metro Jewish community and his congregation. “Having the services at Beth El, just a few months after the 50th anniversary of the 1967 riots is a strong message of courage and resilience,” he says. “It speaks to the renewal that is occurring in our city between the African American and Jewish communities. By bringing the Jewish community back to the original Temple Beth El, we are taking a big step towards changing the narrative of our city. I’m very optimistic about what that means for both groups.” 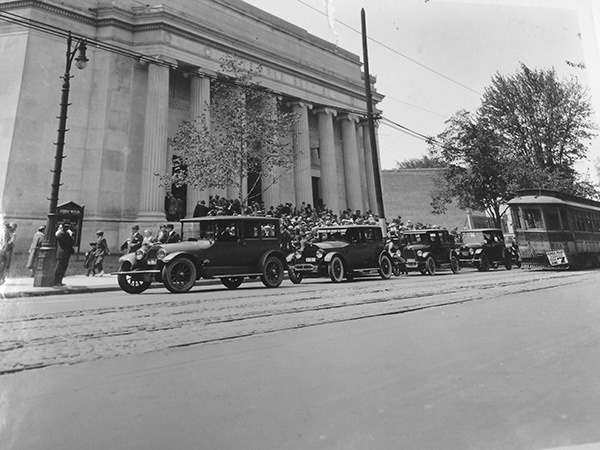 Bethel Community Transformation Center, 8801 Woodward Ave in Detroit, is the former home of Temple Beth El. The congregation was based at this location from 1922-1973, and the building is listed on the National Register of Historic Places

In anticipation of the services, Rabbi Silverman says the Downtown Synagogue is taking spiritual and practical steps that are intended to contribute to the emotional and corporeal comfort of the worshippers. “On September 19, we are moving the Torah scrolls into the building as we recognize that will be the first time in 43 years that a Torah has been inside the sanctuary there,” she says. “And we are bringing in air conditioners and providing free monitored parking at Beth El and at the church across the street.”

Parking won’t be necessary for Boston Edison resident and Downtown Synagogue member Emily Levine. Having the option to walk to High Holiday services at the former Temple Beth El reminds her of the walks she took to services with her family as a child in Oak Park. Now, as a young mother to one-year-old Nadav, Emily and her husband, Brett Willner, are looking forward to having a similar experience.

“We’re so excited that we can walk to shul this year. Historically, people walked to the synagogue. That’s what we did in Oak Park,” Emily says, adding, “We also noticed that we are within walking distance of four buildings that used to be synagogues. It’s so interesting to think that this area would have had that many synagogues with such a vibrant Jewish community. To have that piece of history here now and to be part of it is really important.”

“The significance of the return of Jews like Emily and Brett to the city furthers the understanding of T’shuvah (returning),” says Rabbi Silverman. “The Days of Awe are a time when we return to who we want to be in our deepest self. I love the idea of T’shuvah, as it exemplifies returning to what defines us and what we cherish most. It is when we ask, ‘Who do we want to be.”

As the High Holidays grow near, Rabbi Silverman says she is hopeful that Jews from across the Detroit area will feel welcome to participate in the services, which, like its year-round programming, are highly interactive and open to all and free of charge or obligation. 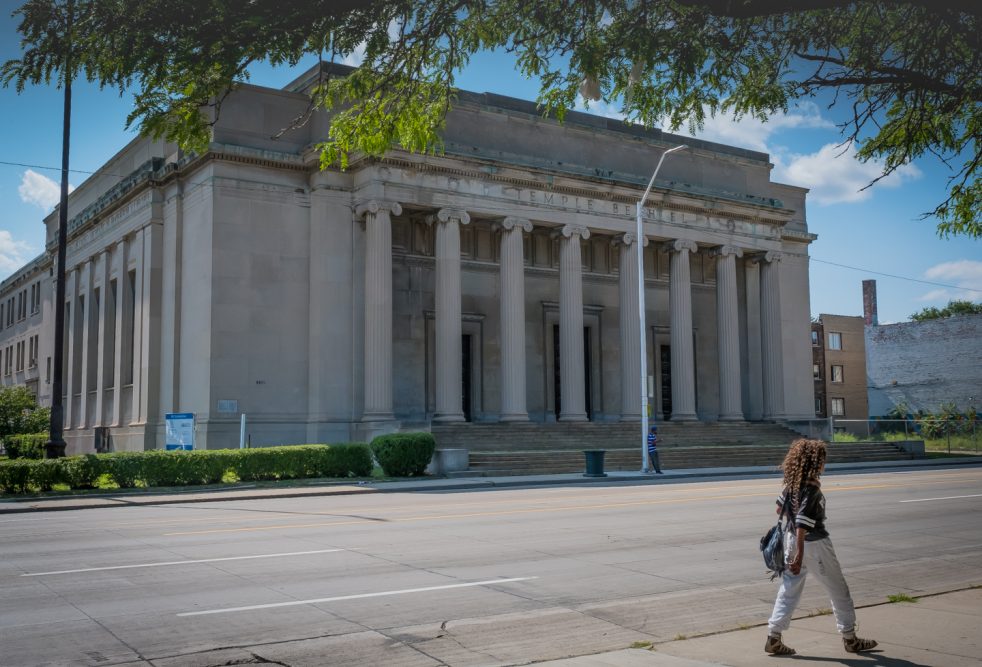 “By bringing the Jewish community back to the original Temple Beth El, we are taking a big step towards changing the narrative of our city.”

To that end, Congregation T’chiyah and The Reconstructionist Congregation of Detroit will also join the Downtown Synagogue for Tashlich on the first day of Rosh Hashanah and afternoon services on Yom Kippur.

“We hope people will come for a variety of reasons. Whether they’re excited by the location or by the partnerships we are developing in Detroit, they will find an inclusive congregation that reflects the diversity of Jews in the Detroit area,” says Rabbi Silverman, adding, “As Jews we define our lives in stories, so the question for the Downtown Synagogue and Jews in Detroit is ‘What is the next chapter of our story? How will we write that?’ We have faith that it will be a story of blessings for us and metro Detroit.” 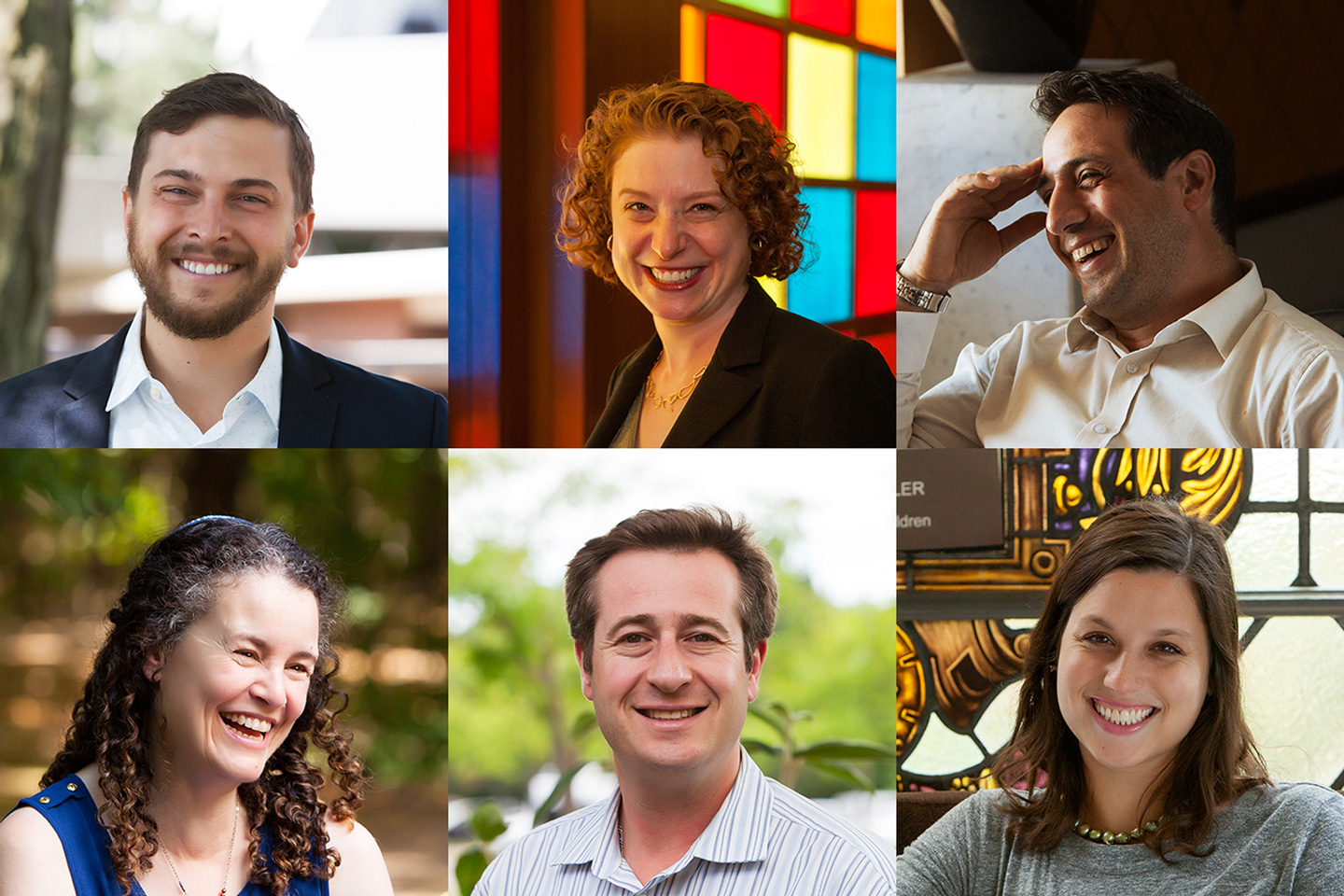 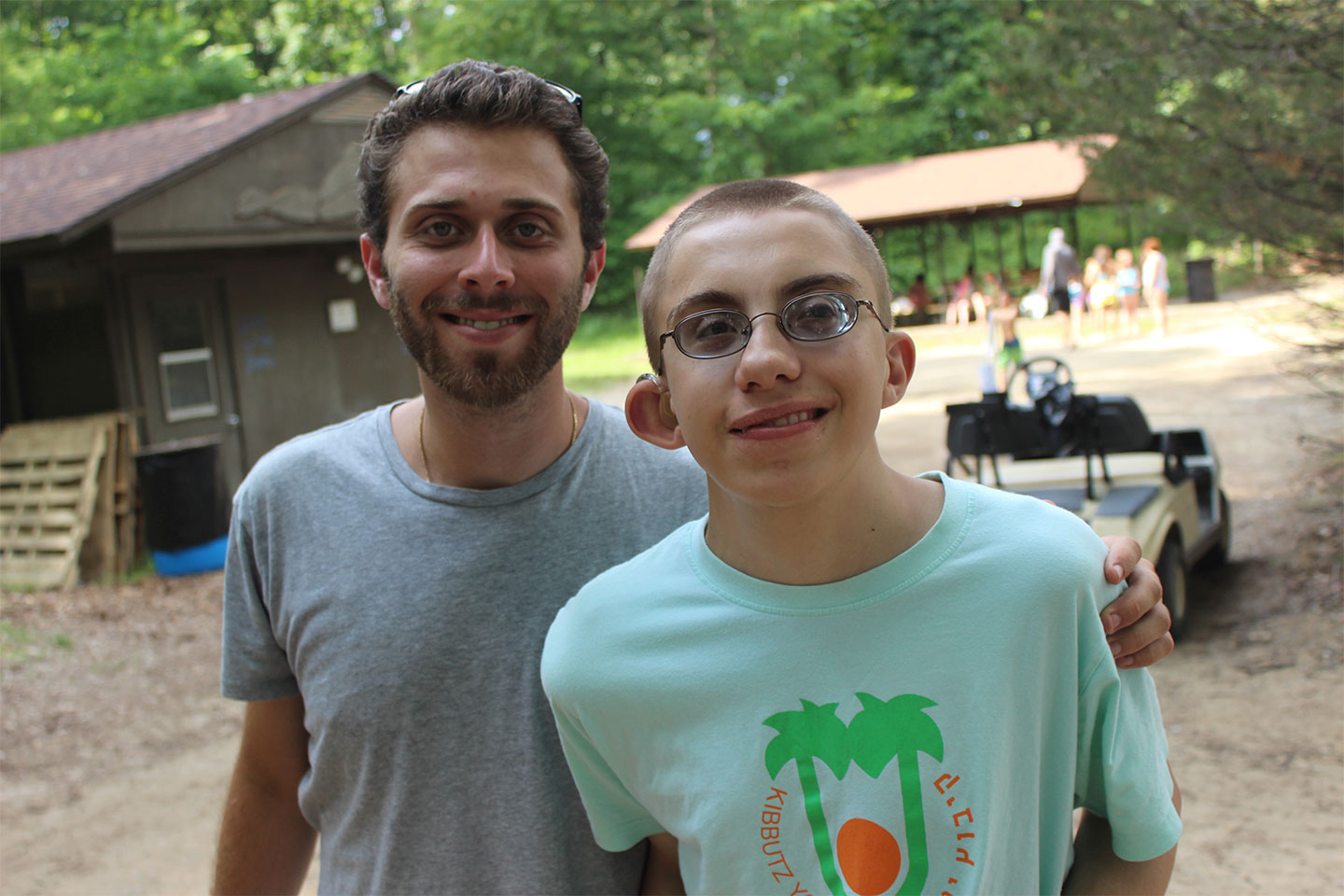 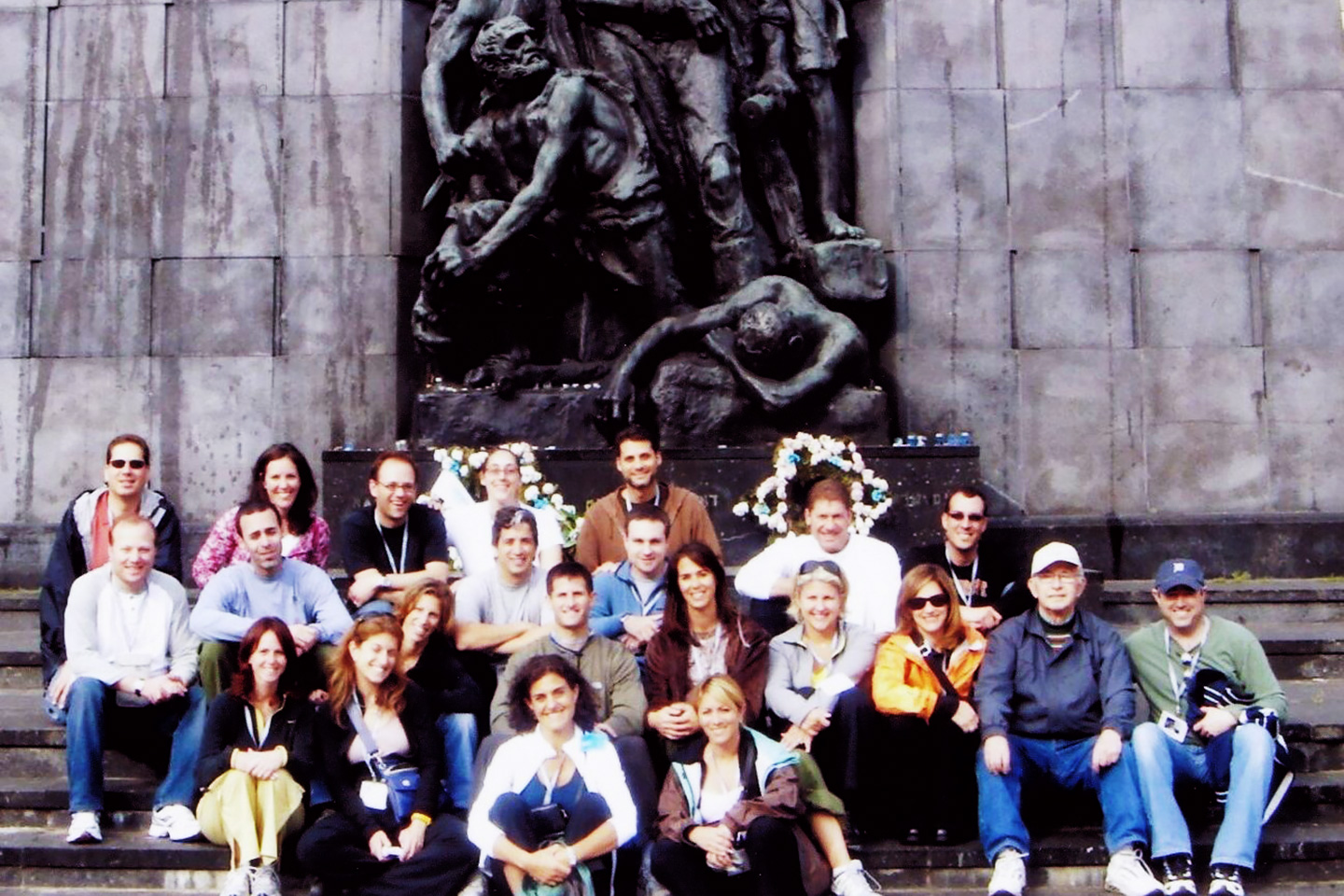