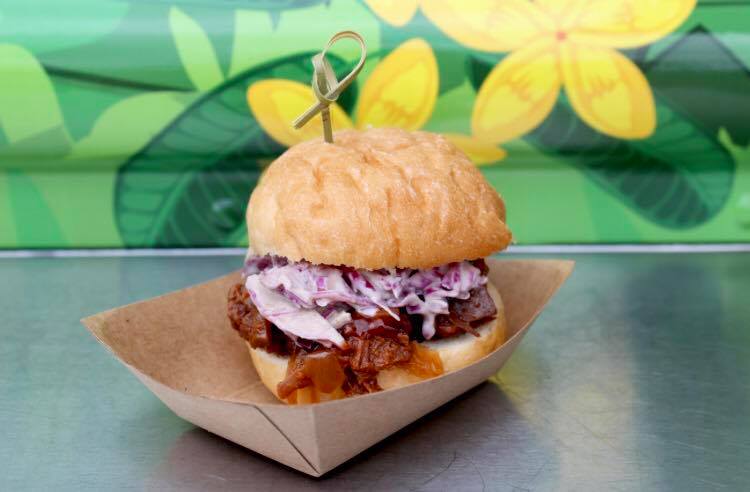 Your Preview of 6 Mobile Eateries Popping Up in Motor City

Jewish foodies rejoice!  Those who follow the mitzvah of kashrut – as well as those who simply follow their hearts to healthy options – will find more to love this summer in street fare now catering to the eclectic tastes of Jewish Detroit. Hot on the trail for falafel and “fries-tried-and-true,” new fusion deli treats and fresh bounties of local greens, the food truck scene is picking up steam in the burbs and popping up downtown. To sample or savor, we offer a foretaste of six newish and Jewish eateries on wheels . . . all heading to the 2017 Michigan Jewish Food Festival, presented by Hazon Detroit, Sunday, August 27.

The Spot: “Best Falafel Ever!”  and The Fish Bowl

Hit The Spot for falafels.  Or the Fish Bowl for fish and chips.  Detroit’s only kosher food truck comes ’round with two distinct menus and theme dinners, too.

Established: 2016.  From kosher catering and a food stand hitting the spot at Campus Martius, Cari is now on the move, following her dream of a venue on wheels. Certified Glatt Kosher, The Spot is the only kosher food truck in Michigan and a one-of-a-kind in the Midwest.

On the Menu: “Fresh, Lively and for the People” Those are Cari’s words for her trademark falafels and fries, shawarma, hummus and salads on board The Spot.

Must-Try: On a regular basis, The Spot changes over to The Fish Bowl, serving a full English-style  fish n chips menu: “Best Fish and Chips Ever!” made with fresh Alaskan cod, homemade beer batter – “just the way it should be.”

The Story: “If anyone was going to be the first to do a kosher food truck in Michigan, it had to be me!”says Chef Cari. “The Spot is what we envision as a food truck choice uniquely enjoyable to all. It’s hard work: freezing in the winter, hot in the summer, essentially working in a heated tin can. But it’s all worth it to see hundreds of people at an event, waiting in line to get our food. That’s the kind of energy that keeps us going.”

Coming to the Jewish Food Festival: According to Cari, “Being the anchor kosher food service last year was great, but driving up in a truck to feed the people quicker in a sustainable manner – now that’s exciting!” 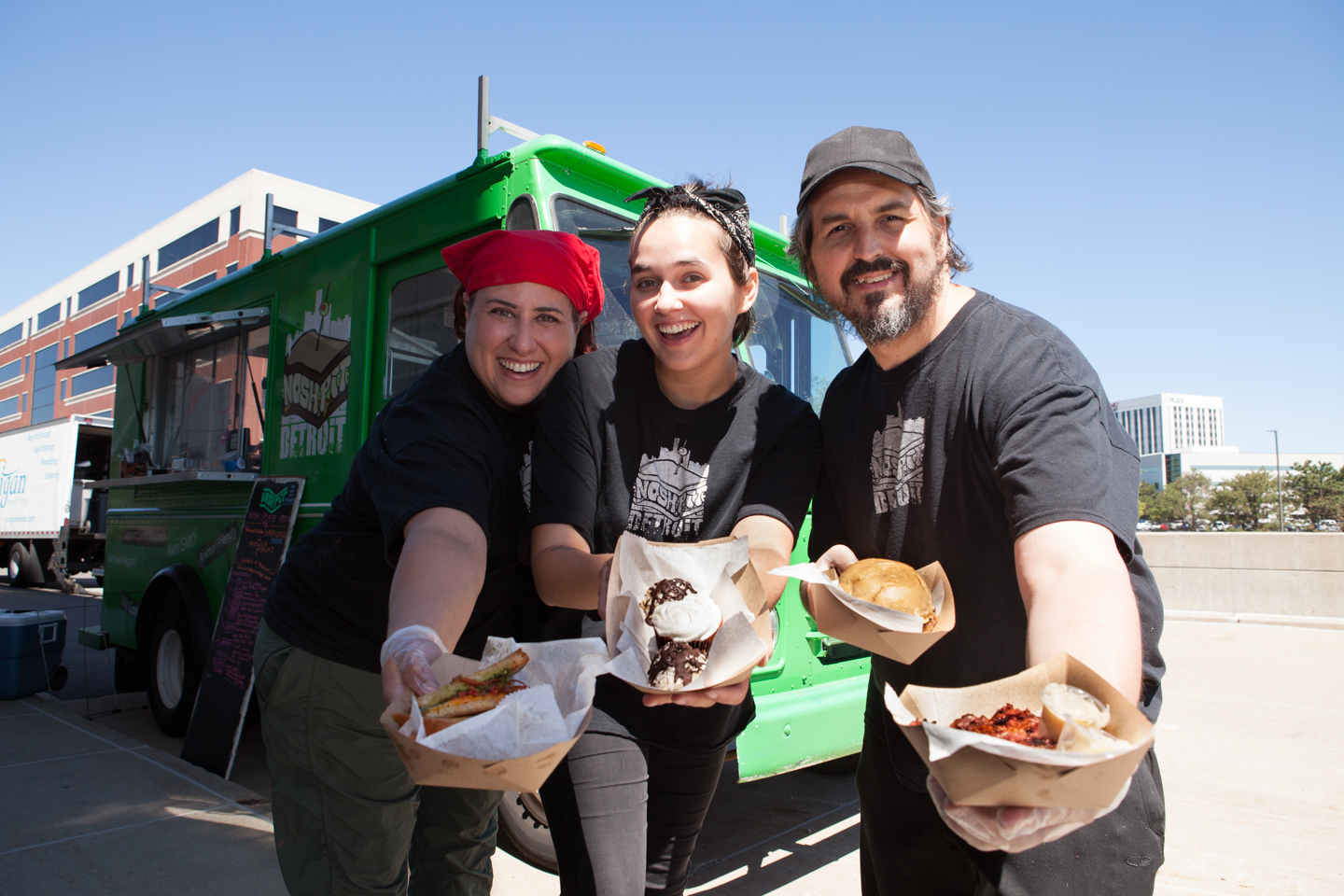 Yummy sandwiches, soups and desserts. What a way to go vegan!  This is The Nosh Pit.

Established: 2014. With a background in recycling and sustainability services, Karen started her own catering business in Detroit, renting different kitchens in the Metro Detroit area.  “Nosh Pit – the food truck –  is our way of doing more, showing people how to be more environmentally friendly and food conscious,” says Karen. “We want people to eat more vegetables!”

On the Menu:“Bubbie Approved” noshes, soups, salads and sandwiches with personality and family names to match. “Vegan, vegetarian or gluten-free? You don’t have to go one way or the other all the time,” says Karen, “A little bit of difference makes an impact, not just on your health, but on the planet.”

The Story: Inspired by Israeli cuisine while living in Tel Aviv, Karen returned to Detroit determined to get Nosh Pit on the road with business partner and chef, Stefan Kudek. To start the venture, she secured funding with Hebrew Free Loan (HFL). HFL then then paired her with a mentor – Eric Erscher, owner of Zoup. “Eric was a lifesaver,” Karen says. “He gave us the scoops, shared his secrets to success, the kind of advice that saved us months of research and testing the waters.”

@ the Jewish Food Festival: Get ready for Nosh Pit’s version of “old-school Jewish favorites” – latkes, veggie burgers and macaroons, just like the ones you get at Passover. 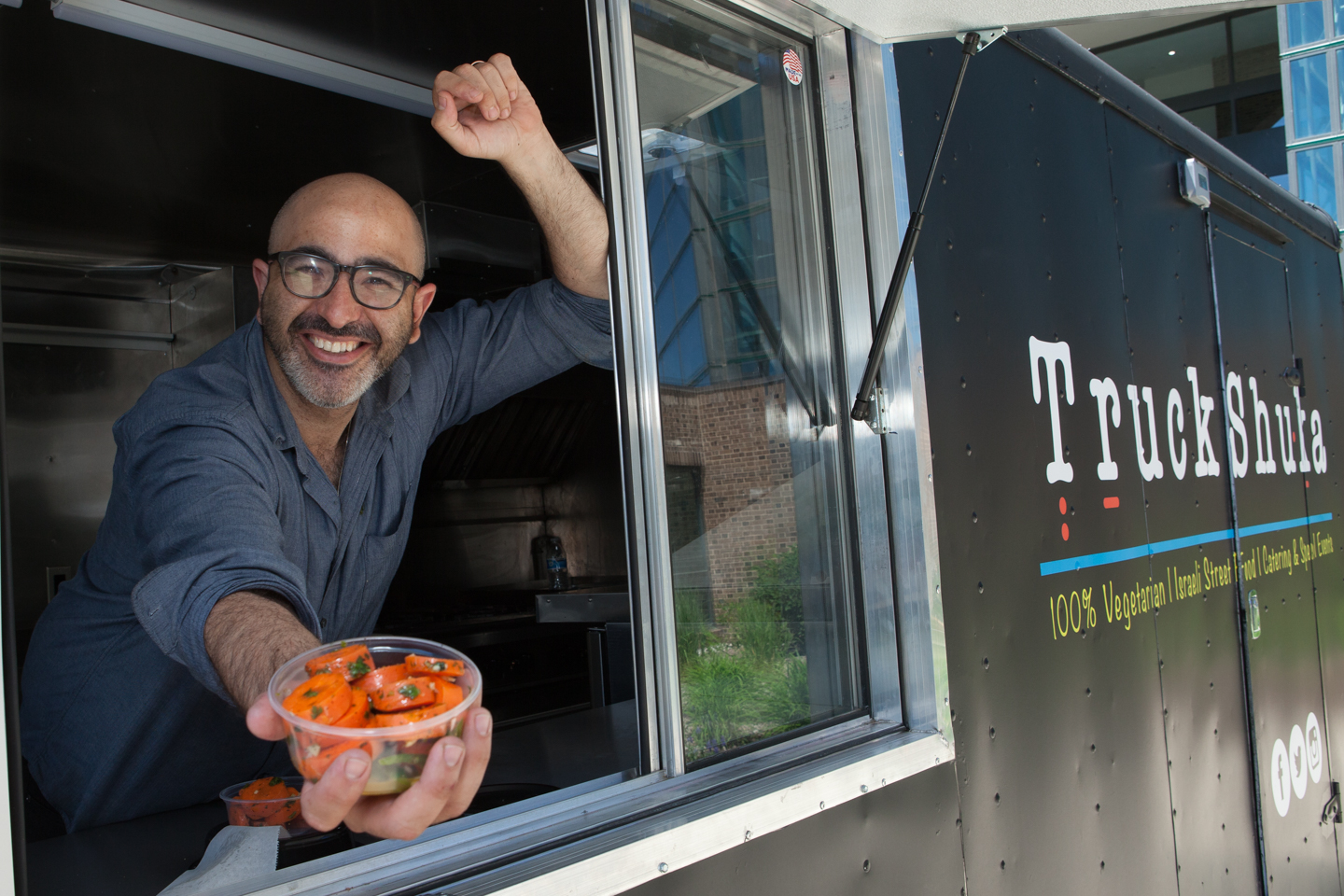 Established: January 2017.  Born and raised in Jerusalem, Jewish Detroit’s newest food truck entrepreneur spent 10 years in New York working in real estate, cooking meals on the side for groups of 20 to 30 friends at a time. Last year, Benji and his wife, Jessica Blake (an attorney, originally from Huntington Woods), made the move to Detroit. After a brief stint at the Russell Street Deli in the Eastern Market, Benji bought a truck, determined to set off on his own.

On the Menu: A “No-Fry Zone,” 100% vegetarian, serving traditional Israeli street fare: heaping bread bowls of shakshuka, artisan sandwiches, pita, wraps and salads. “Everything is fresh, made from scratch every day and healthy, the way I like to eat and to serve,” says Benji. “I try to make every meal an Israeli experience – a taste of Israeli hospitality, and plenty for the money.”

Must-Try: Shakshuka – a hearty, savory meal, served in a half-loaf of bread with poached egg and spicy tomato sauce or a specialty green version made out of asparagus, spinach, onions, mushroom. For dessert: Melt-in-your-mouth tahini chocolate chip cookies.

The Story: TruckShuka is Jewish Detroit’s second food truck launched with the help of Hebrew Free Loan. “It’s a great time to start a food truck business in Michigan,” says Benji. “Had I known what it was like here in Detroit, I would have made the move years ago.”

@the Jewish Food Festival: Celebrating Israel, cooking for a hungry crowd, Benji plans to turn up the heat and volume from his truck, and perhaps even play Israeli music for dancing in the street! 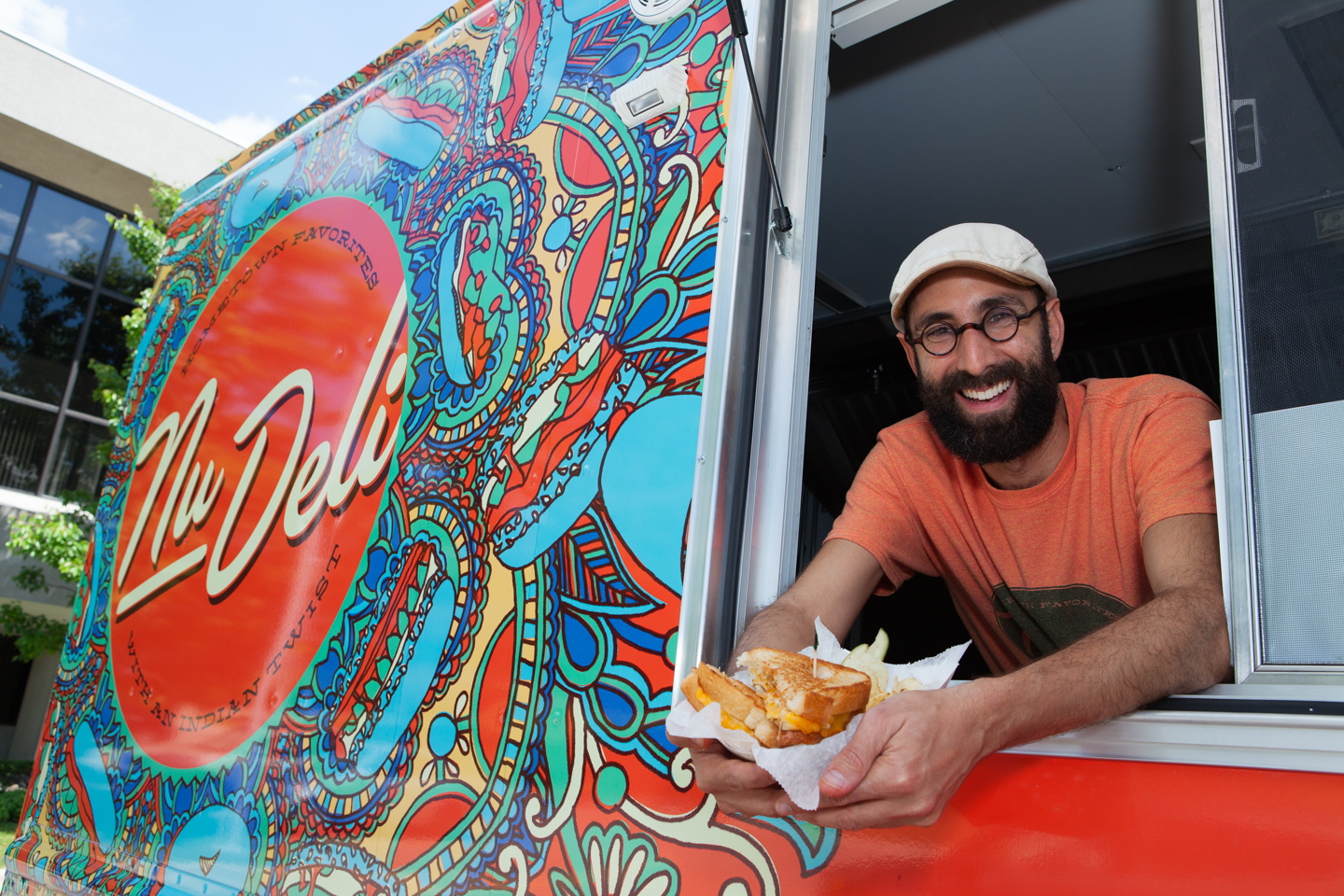 Nu Deli’s Matt Daniel is a graphic designer and everything about his truck and the menu shows off his creativity.

Established: July 2016.  “Rainbirds” from Mumbai, India, Matt and his partner, Meghana, opened a seasonal beach resort restaurant two years ago in Goa. “It so happens during monsoon season and in India, the weather is beautiful in Michigan – perfect for a second seasonal venue” says Matt, a Southfield native, with family living in town. “I considered going back to my day job as a graphic designer in Mumbai, but instead started up Nu Deli with my mother, Ruth, who always had the fantasy of running a restaurant of her own, so now our plans mesh perfectly together.

On the Menu: Classic deli sandwiches, served zesty and tangy or hot and spicy. “I add the Indian twist,” says Meghana, “A Nu Veg Tikka, Indian slaw with a Nu Veg Tikka, a tandoori-grilled rye, a masala challah, a tomato chutney on a hot dog, a hint of curry leaf in an egg salad.”

Must-Try: The Nu Grilled Cheese with a tangy mango chutney and house flavored chips. Mom’s Cheese Cupcake of the Day. Or the super smooth Iced Chai.

The Story: “Matt and I love to mix and match the foods we grew up with – creating familiar dishes that are fun and exciting,” says Meghana.  “In Mumbai, Matt got involved in these pop-up dinners with amazing chefs, first as a server, then as a cook. He was doing that kind of work just for fun, then turned professional.”

@the Jewish Food Festival: Just look for our truck and you’ll see it’s a party about to happen, says Matt. And once you taste the food, you’ll know it’s a celebration.” 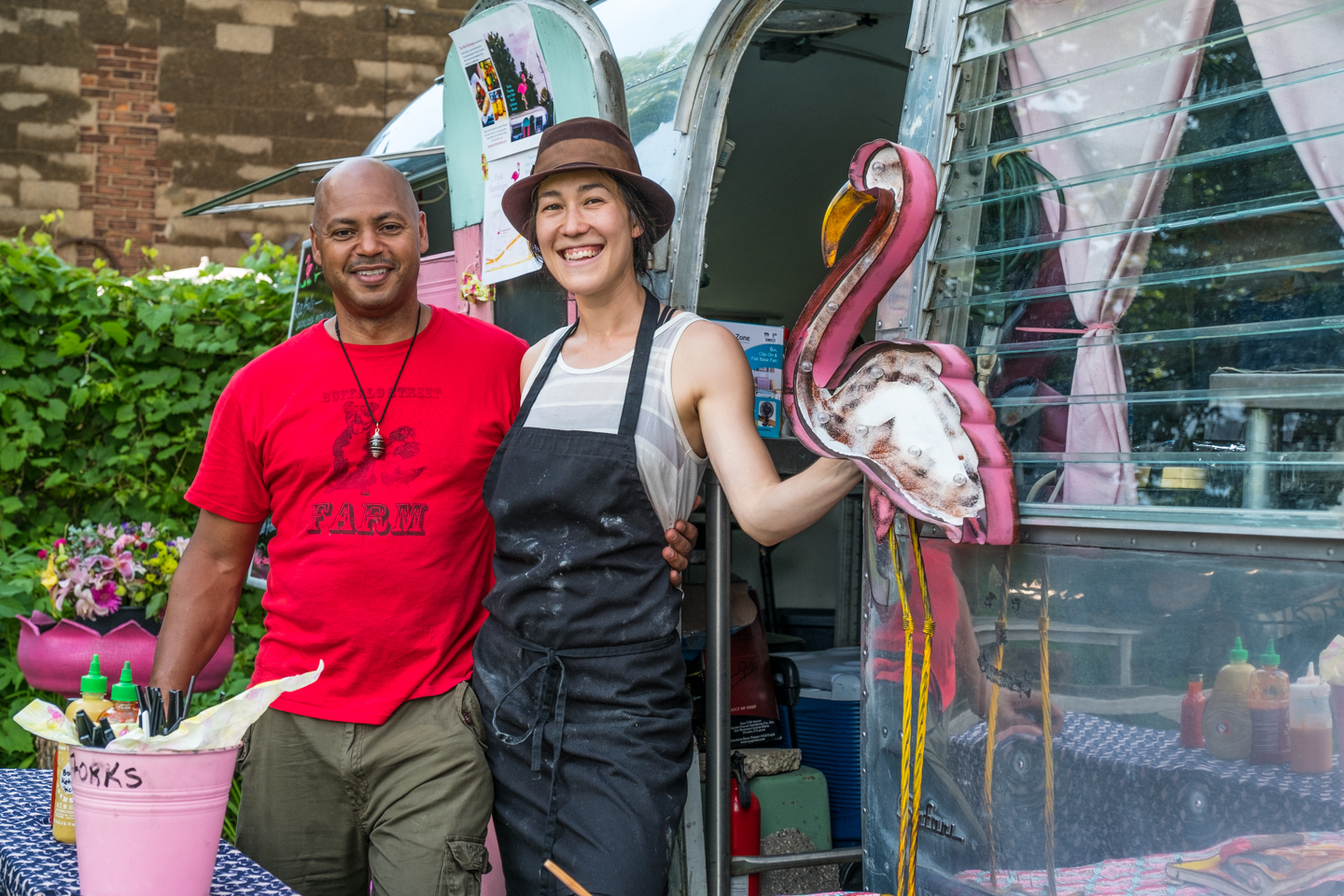 Khalee Givens and Meiko Krishok, with Pink Flamingo , their vintage Airstream trailer, all set and ready to serve pop-up picnics in the park.

Established: July 2012. The Pink Flamingo is a 1958 Airstream trailer mobile restaurant serving farm-to-table meals every Thursday from 6 to 10 pm in the community garden in North Corktown. Pop-up brunches and dinners, personal chef work and catering and workshops available.

On the Menu: Plant-centered, nutrient dense and colorful!  That’s how Meiko describes the food she prepares for Guerilla Food on wheels at the Pink Flamingo – a venture that began with Brother Nature Produce back in 2011. Rotating weekly based on what’s in season, a typical summer menu might include grilled flatbread with savory roasted vegetables, a green salad with avocado dressing, and rice balls with fresh herbs

Must-Try: The rice balls, Meika’s own version of what her Italian grandmother used to make

The Story: According to Meiko, Guerrilla Food is an evolving practice. “At its core, it’s about nature’s way of providing nourishment to the body and soul – food for the spirit and replenishment of our vital energy sources. Guerrilla Food is Food as Medicine.”

@the Jewish Food Festival: Just look for the pink flamingos among tables and umbrellas, set up pop-up restaurant-style for a relaxed vibe where people can meet, eat, drink and enjoy. 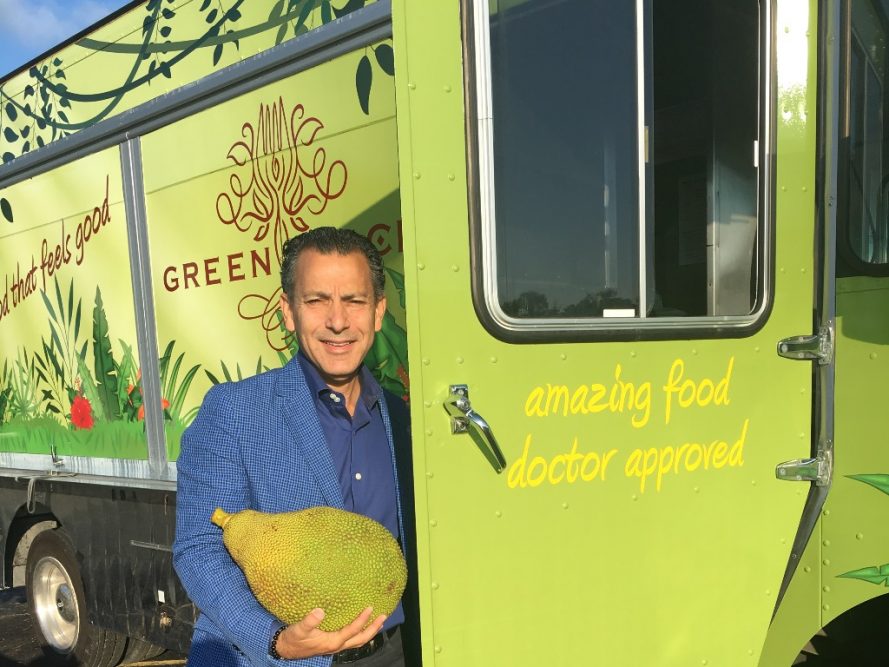 Dr. Joel Kahn, ready to roll with the fixings for plant-based sliders, inspired by the tropical jackfruit

Established: 2015. Founder, Joel Kahn, MD, knows some­thing about health. As an acclaimed car­di­ol­o­gist and author, he cham­pi­ons food as med­i­cine and has devot­ed his career to edu­cat­ing oth­ers about the heal­ing pow­er of plants. With the help of his wife, Karen, and son, Daniel, Dr. Kahn decid­ed to turn his words into action and pio­neer a ful­ly veg­an, plant-based bar and eatery in Ferndale . . . and now a second venue on wheels.

On the Menu: A colorful, plant-based daily selection with an extensive list of gluten-free, soy-free, nut-free, and oil-free dishes.

The Story: Good news for vegan, veggie and otherwise healthy eaters, the newest food truck on the block is a traveling version of the restaurant by the same name in Ferndale

Coming to the Jewish Food Festival: Offering more scrumptious and healthy choices than ever! 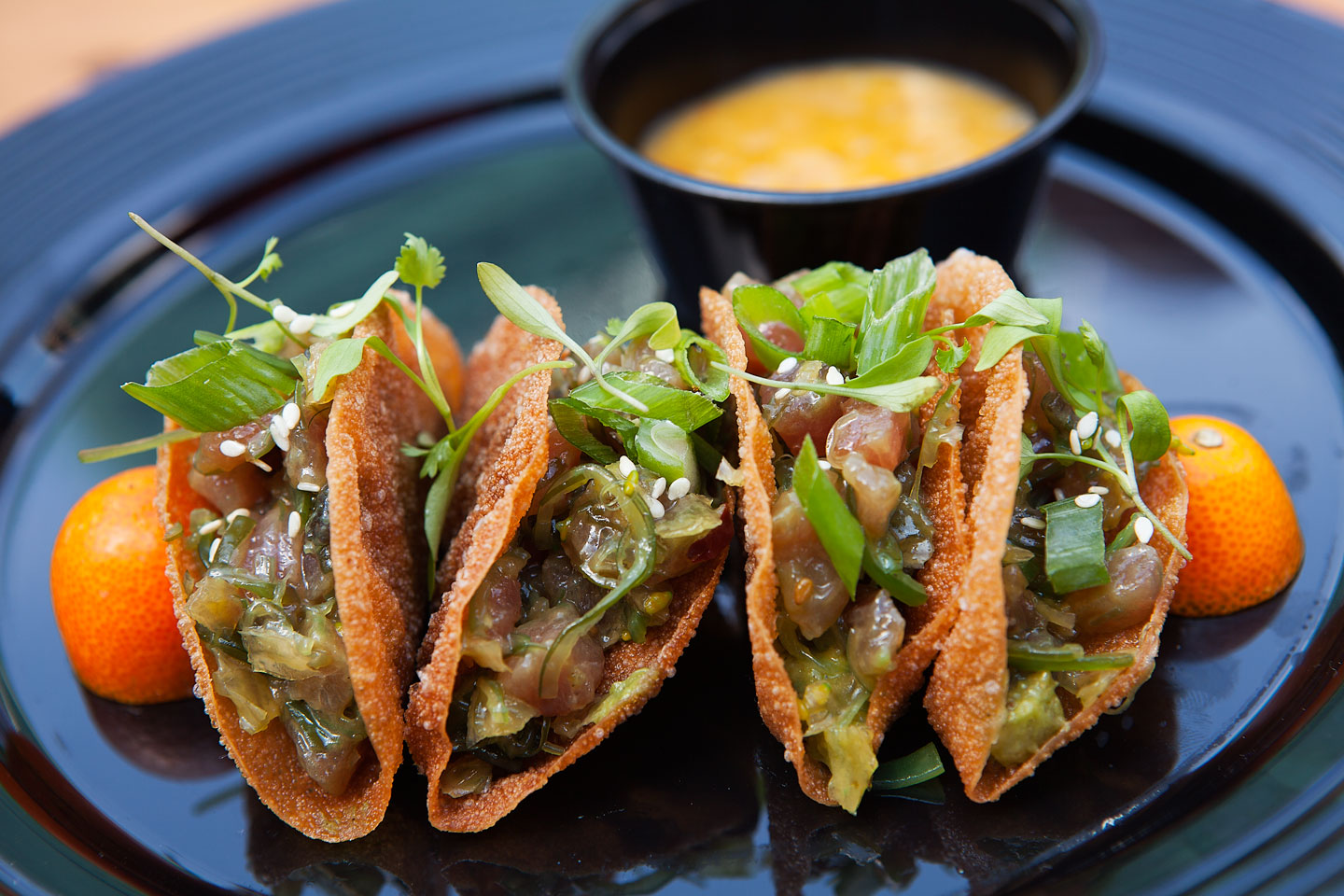 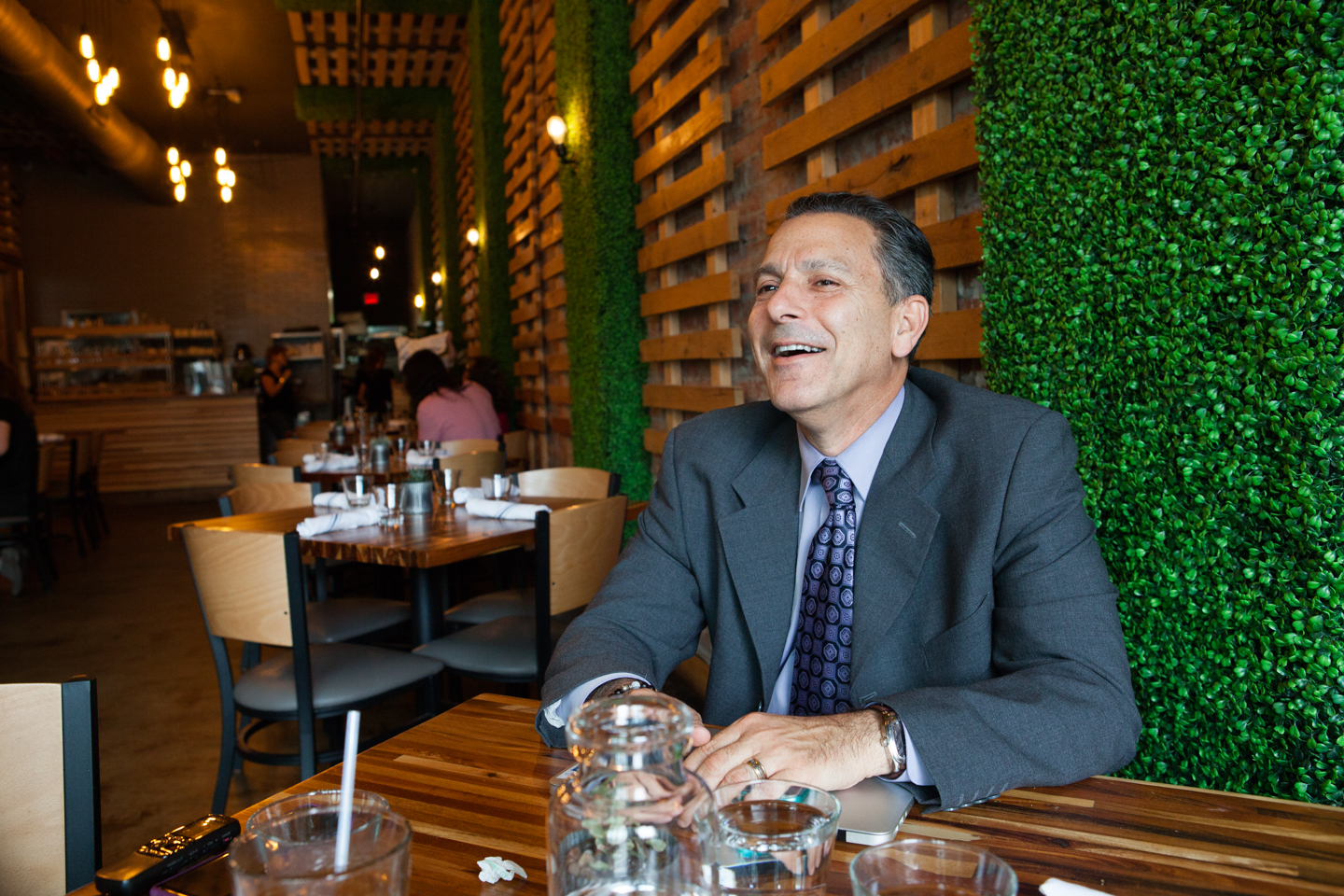 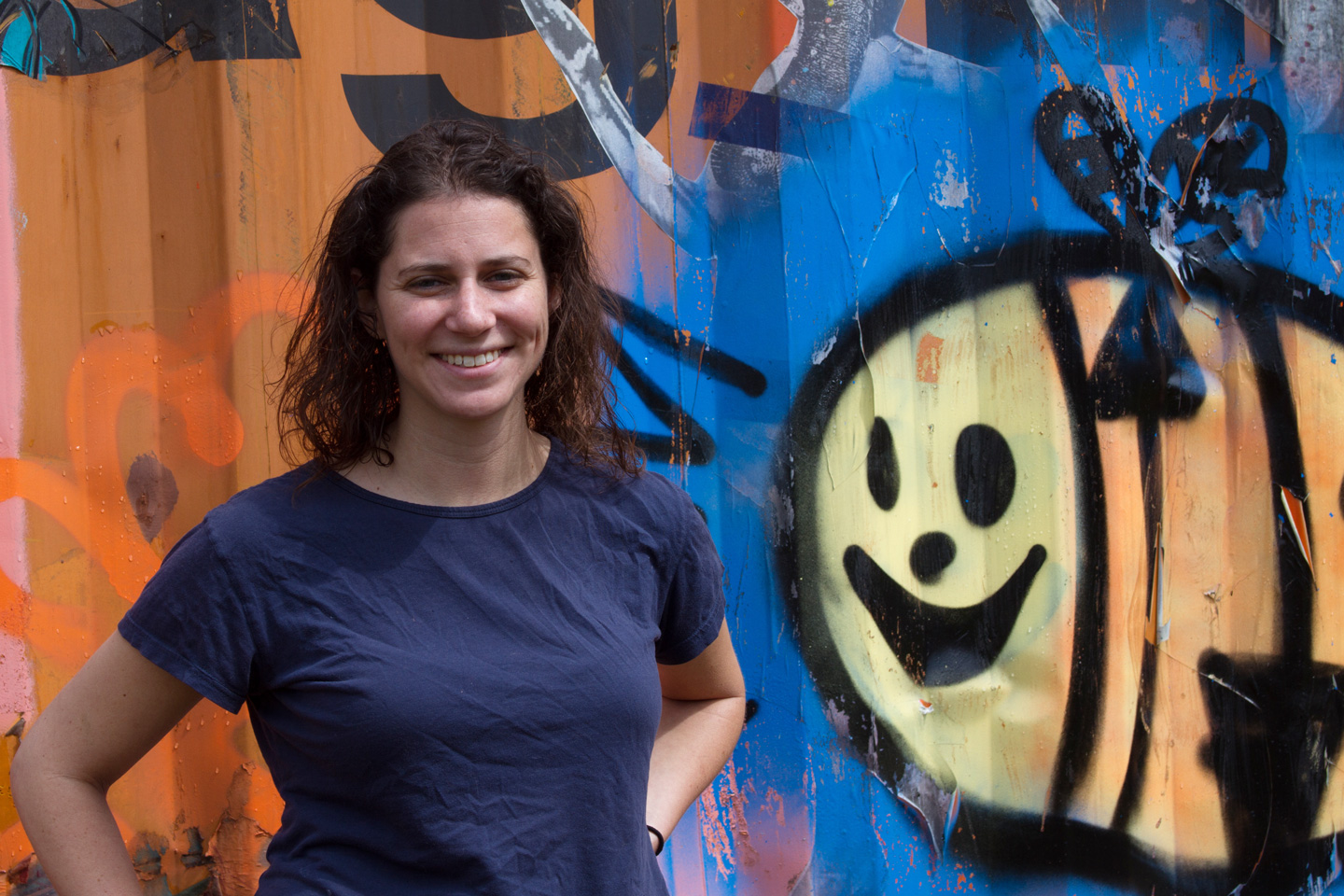 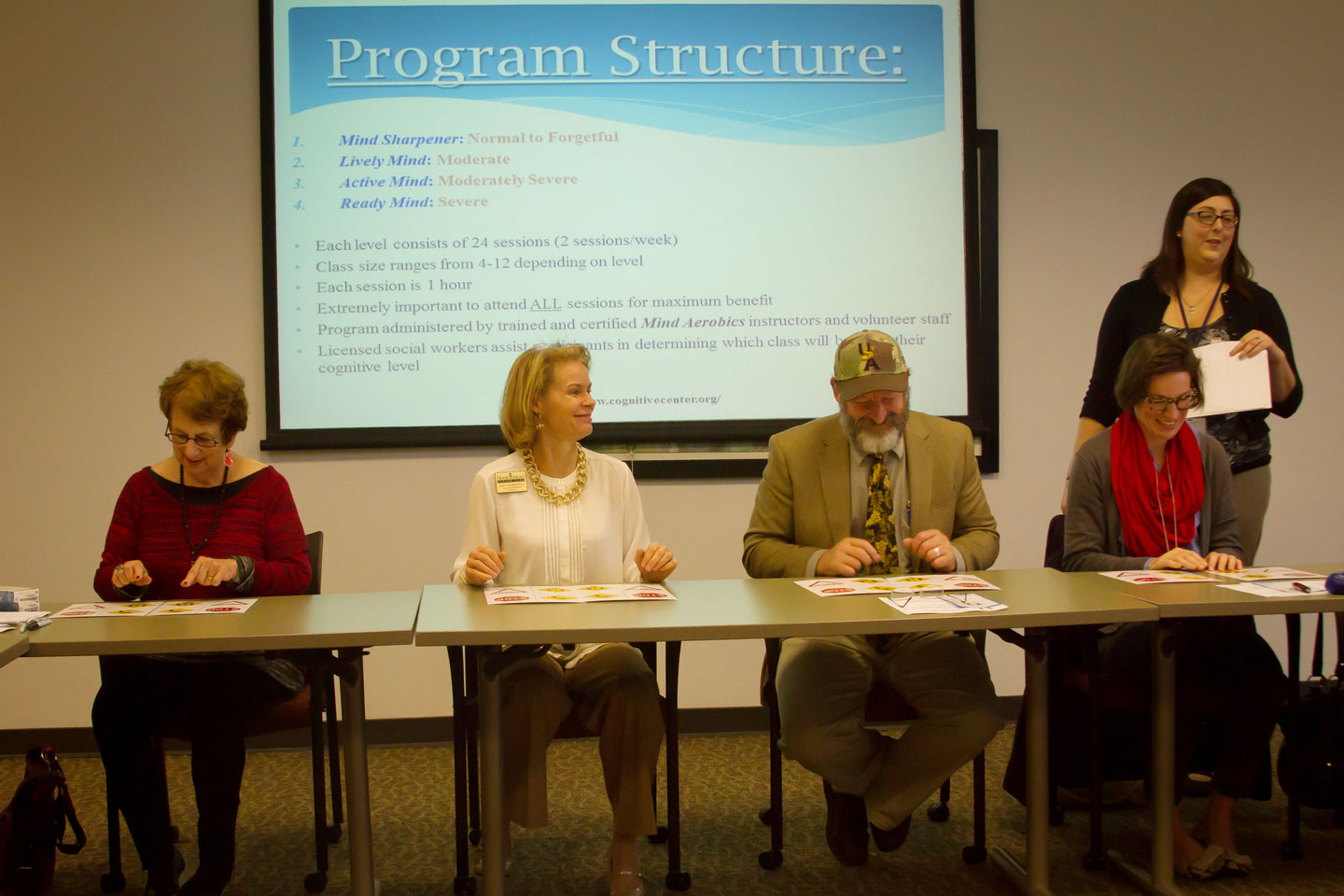 A Personal Reflection on Being Grateful 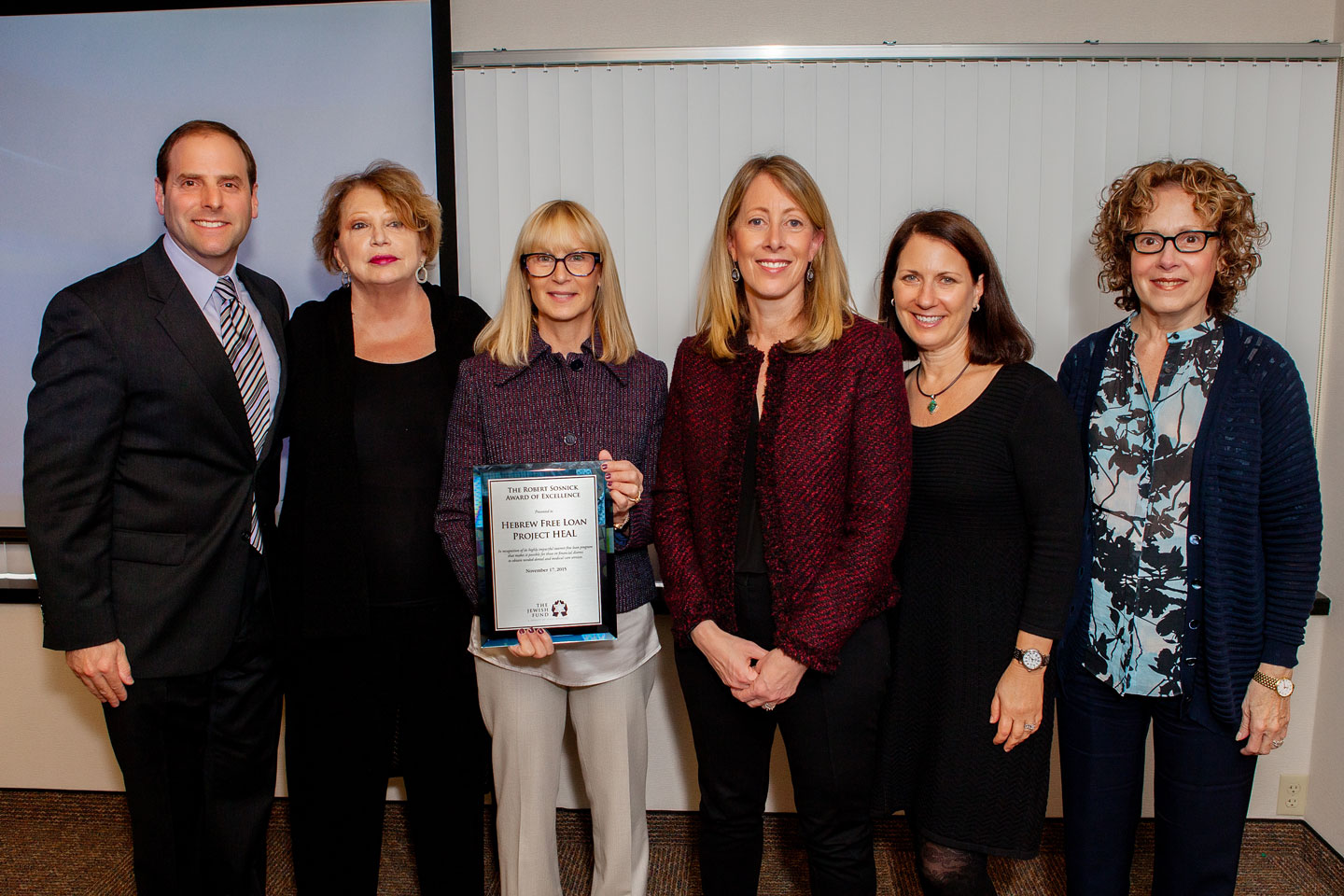