Oh, the Memories and Treasures We Keep

Remember the first book that started your love of reading?

What is your most memorable find at Bookstock?

The answers are as varied as the books you’ll find as you browse through Bookstock 2015, metro Detroit’s biggest and best used book and media sale running Sunday, April 26, through Sunday, May 3 at Laurel Park Place in Livonia. 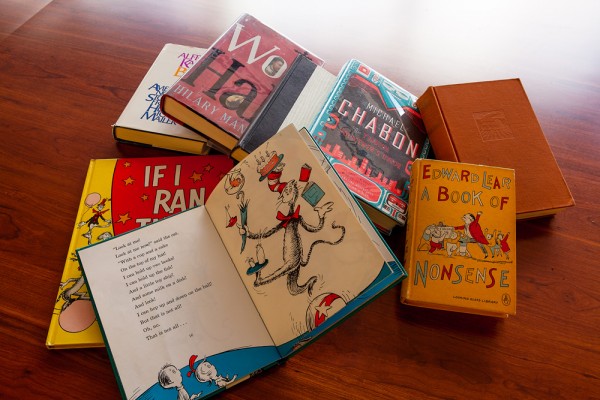 Join the conversation. Calling all Bookstock friends and lovers to share their stories on Facebook. For starters, here are some of our favorites:

From a longtime Bookstock devotee and volunteer. . .

“I have been privileged to know ‘the best of Bookstock’ and so many of our browsers’ finds. Here are my own personal best finds:

I love the Daniel Silva Gabriel Allon series. I was thrilled to unearth a bag of every one of the books in his series and in perfect condition. I will treasure them always.

As a little girl, my family gave me a book series from Sydney Taylor called All-of-a-Kind Family. Some years ago I found the entire series sitting on the children’s table in pristine condition!” – Sheri Schiff, avid Bookstock leader and reader

Memories of childhood, ‘Burroughing” into books

“One of my favorite books as a boy was The Princess of Mars by Edgar Rice Burroughs. This book was actually the first in a series of swash-buckling Mars adventure books that Burroughs wrote featuring Jack Carter and Dejah Thoris. Though better known for his Tarzan novels, I always preferred Burroughs’ Mars books. I was introduced to the series by my Uncle Dick Pales who had the original cloth bound books that were published in the 1910 – 1930’s .” – Jeff Lasday, still burrowing into books, Director of Federation’s Alliance for Jewish Education

“Actually, I had my hands on some of my childhood books just the other day while cleaning out shelves. One was Green Eyes and the other was Pink Ballet Slippers. Both looked tattered and I even defaced the Green Eyes book when I played ‘School.’ I wrote in it like it was a library book. I think my daughter, Amanda, wrote in the book as well when she was a little child. The book doesn’t look so good, but it’s been loved.” –Ruthanne Pearlman, Graphic Artist, Federation

I found a complete set of Craig Claiborne books at Bookstock! Best cookbooks! My childhood favorite of all time was A Wrinkle in Time by Madeleine L’Engle and my favorite teacher, Mrs. Goldstein, gave it to me in the 4th grade at Stevenson Elementary as a going-away gift. – Kari Alterman, Detroit Director, AJC 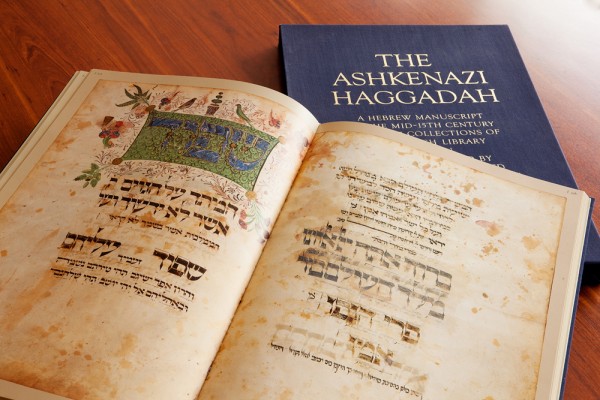 A rare find at Bookstock: Could this Ashkenazi Haggadah be yours?

As Michelle Resnick describes,  “My best find was the second book in a trilogy. I’d found the first and third books previously, but had had no luck with the second. I came to Bookstock a year after those finds seeking the elusive second book. I got a map and went straight for the sci-fi/fantasy section. I started at one end and went through, row by row, back and forth. (Those who’ve been to Bookstock know that there’s no particular order within genres. You’re lucky to find works by the same author anywhere near each other, simply due to how the books come in: jumbled up, given either piecemeal or in huge swaths from collectors.) I saw books I knew, books I wanted, books I’d never heard of by authors I’d read. Finally, on the second to last row, I found it: Julian May’s The Golden Torc. There were even TWO copies, alongside the first and third books in the series – and there was a fourth one, too! At long last, my set was complete.

Janet Berman, another longtime Bookstock volunteer and co-chair since 2007, shared the following: “Many years ago I had an interview at Channel 7 studio on the morning of the opening day of the sale. Our contact asked that I bring a few interesting articles which would be available at the sale. When I arrived, I assembled the books on a coffee table in view of the place I would be seated. The most interesting item was an album of the original London Cast recording of Hair in perfect condition. It was beautiful! I mentioned, on the air, that I was going straight to Bookstock and these items would all be on the table within the hour. I did as I said and dispersed the items to their tables. I checked at the record table an hour later. That copy of Hair was gone!”

More cooks and their books

It takes a village.  Literally.  More than 800 volunteers work together throughout the year to organize and staff the week-long Bookstock sale where all proceeds benefit literacy and education projects in metropolitan Detroit schools.  Interested in volunteering? Visit  iVolunteerjewishdetroit.org and start browsing. 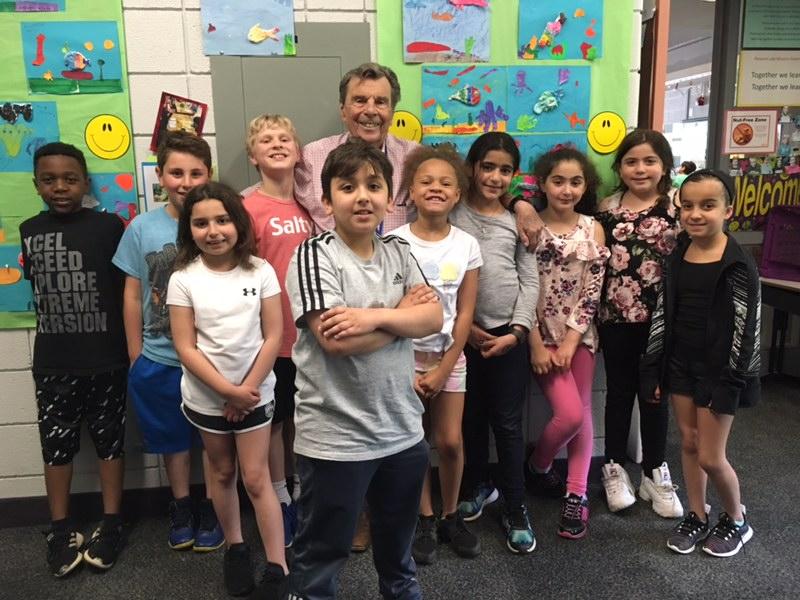