Leading the Way to Cool Conversations on Hot Topics

Are you an arsonist or a firefighter?

“The sectarian and nationalist fires you see burning around the Middle East are not as natural and inevitable as you may think.” – Thomas Friedman, NYTimes Sunday Review, June 28, 2014

Their stories intertwine. In presentations, they finish each other’s sentences. They are the best of friends and the most unlikely of partners. Two powerful businesswomen together, Brenda Naomi Rosenberg, a fashion exec and Jewish activist of Detroit, and Samia Moustafa Bahsoun, a telecom exec and American Arab, Pro-Palestinian activist from New Jersey have created the Tectonic Leadership Center, a transformational model for conflict resolution, challenging young leaders from diverse cultural backgrounds and opposing viewpoints to partner, use tension as a connector, not as a separator, and create new solutions that will benefit both communities in the conflict. 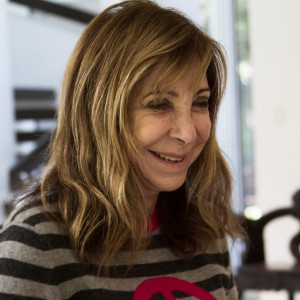 In the age of YouTube, Instagram, Facebook friends (and enemies) – where words and images taken in and out of context can go viral – young men and women in search of purpose and identity are particularly vulnerable in discussing hot topics. In measured steps – where cool heads prevail, Tectonic Leadership spurs meaningful conversations. About the Holocaust. About Israel and Palestine. About 9/11 and terrorism. About cultural heritage and religious belief. About what it means to be a Jewish, Muslim or Christian citizen in the world.

A toolkit for cross-cultural communications, Tectonic Leadership is something of a counterintuitive concept. Using earth plate tectonics as its metaphor, the model recognizes that human interactions in situations of conflict are like fault lines between tectonic plates in the earth. Just as the earth’s plates in motion build friction and pressure at their boundaries, causing earthquakes, human interaction can create fault lines or flashpoints, generating tension, inciting fear and hate, leading to oppression and war.

A positive force for change

In the Tectonic Leadership model, the premise is that there will always be tension. Tectonic leaders are trained to step into the fault line, exposing the spoken and unspoken elements of conflict, directly addressing the points of tension. In most situations of tension, the response is fight or flight. Tectonic leadership provides a third response – one that uses tension to connect and not separate, to engage and not alienate the other, to empathize and not destroy.

Tectonic leaders are welcome to bring tension to the table. But, in sharing conversation face-to-face – reaching across the table, perhaps with a little coffee, cake, hummus and humor – they connect, they share their stories and, in the process, they come to empathize rather than deny the other’s viewpoint.

“War has always been profitable,” says Brenda Rosenberg. “Our goal is to make peace profitable.” Since its first program – an intensive five-day retreat presented in partnership with the University of Michigan Dearborn in May 2011 – the Tectonic Leadership Center has developed dozens of workshops, seminars, field trips and coaching techniques, all strategically designed to create young leaders and social entrepreneurs committed to transforming conflict and creating systemic change.

Embracing conflict is never an easy sell. But Brenda and Samia are up to the task, working to identify supporters and develop funders in order to find a permanent home for the Tectonic Leadership Center in a university or within a network of college campuses across the country. In the meantime, the program has inspired two of its alumni, Teri Bazzi-Oliver and Ariana Mentzel, to develop a social media spin that puts forth “Tectonic Tips” for Cool Conversations on Hot Topics.

Teri and Ariana met and collaborated at the first Tectonic retreat in 2011. A passionate speaker and thoughtful writer, Teri, 36, is a busy “soccer” mom of three, a recent graduate in English and African American Studies from the University of Michigan Dearborn and self-described in her blog as an American-Muslim, Irish-Arab who loves religion and all things (well most things) Middle Eastern. Ariana, 28, is an Israeli American, a graduate of Michigan State University with a B.A. in International Studies, and an M.A. in Diplomacy and Conflict Studies from the Lauder School of Government at the Interdisciplinary Center in Herzliya, Israel. Dedicated to interfaith work since her graduation, Ariana has traveled to Abu Dhabi as part of the American Jewish Committee’s young women’s delegation at the Women as Global Leaders Conference at Zayed University in 2012. In 2013, she attended the Muslim Jewish Conference in Sarajevo, Bosnia and Herzegovina. Recently married, living in Beverly Hills, Michigan, Ariana currently is an instructor in First Year Hebrew at Michigan State University.

“It all started because we were bickering on Facebook,” recalls Teri. 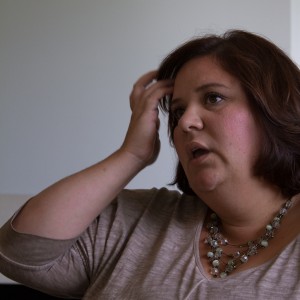 “We’d been friends for three years – considered ourselves Tectonic leaders,” observed Ariana,“but, on Facebook, we suddenly found a whole other side of one another that we didn’t like. In social media, there’s a different truth.”

“We weren’t being very Tectonic,” said Teri with a chuckle. “Our conversation quickly degenerated on the topic of Israel and Palestine.”

As both women sat behind their computers fuming, fanning the flames of their Facebook messages back and forth, they suddenly realized they had to put a stop to the public debate and sit down together for a discussion face-to-face.

Teri: “We were speaking the same language, but we discovered we couldn’t agree even on the meaning of words we were using.”

Teri: “Of course, that kind of discretion and definition doesn’t happen in online. We could argue about the terms of human shields, terrorism and occupation forever and never see eye-to-eye. But what we can do is to stop the cycle of argument and start to create responsible social media.”

Ariana: “So we made a pact with one another.”

Teri: “Then we made a pledge…”

Ariana: “Which brought us to our project: a social media platform we call Tectonic Tips for Cool Conversations on Hot Topics.” 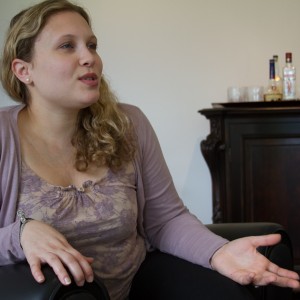 Teri “We’ve come up with this term, ‘spoilers,’ meaning those who have an agenda to stir up anger, fear and hate. Our objective in creating Tectonic Tips for Cool Conversations on Hot Topics is to decrease the number of ‘spoilers’ out there. Overall, our goal is to create a movement of social media users committed and disciplined to change their discourse on hot topics — such as the Holocaust and the Israel-Palestine conflict — and to move from debate and blame to active engagement on both sides in finding new solutions, common purpose and harmony.”

Ariana: “I made a vow – to be responsible for what I read online. When I want to know what Israelis are saying about the conflict, I look at their official websites; when I want to know what Hamas is saying, l look at their website. And when I want commentary, I read Gershon Baskin, who was a negotiator in freeing Gilad Shalit. I feel like he’s very balanced, and, in fact, he’s coming to speak to the community at an AJC-sponsored event at the JCC Jewish Book Fair on November, 5, 2014.

With the support of the American Jewish Committee (AJC) and the Michigan Muslim Community Council, Brenda, Teri and Ariana have an action plan to take Tectonic Tips on the road, in presentations to area churches, mosques, synagogues and community groups. For more information, please contact Brenda@tectonicleadership.org, arianamentzel@gmail.com or Teri at teoliv5@gmail.com