Presenting a dazzling roster of authors ranging from a Bravo TV host to the man who helped free Gilad Schalit, the Jewish Community Center of Metropolitan Detroit’s 63rd Annual Jewish Book Fair opens November 5 and continues until November 16. In preparation for this year’s event, co-chairs Susan Lutz and Terry Hollander have been living-breathing-reviewing books at the JCC for the past few months.

When asked for a short list of stand-outs this season, Sue Lutz starts with A Backpack, A Bear and Eight Crates of Vodka, a brilliant memoir of life in the Soviet Union by Lev Golinkin. 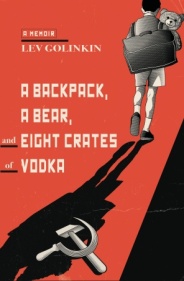 A Backpack, A Bear, and Eight Crates of Vodka, a memoir by Lev Golinkin

Lev Golinkin describes a nation with grand parades of soldiers marching with razor-sharp precision, photos and statues of Lenin watching from every corner and brutal anti-Semitism. His memoir is an unnerving journey to a new country, a story of strangers who step forward to help and the challenges and wonders of being an immigrant in the United States.

Lev was 9 years old, on his way with his family to the United States with little more than a few suitcases and a bit of money. In precise prose, he recounts how it felt to stand in a house in Vienna, amidst tumbling mountains of donated shirts, pants, socks, underwear and dresses. He was told he could choose any coat, to replace the one destroyed when he and his family left the Soviet Union. Lev looked all around, and then he saw it: a bomber jacket, with so many cool zippers. This was happiness.

In her review of the book, Lutz shares, “I have been fascinated the last few years with the new genre of books being written by Soviet émigrés. There are many 20 and 30-year-old authors who were affected by their journey out of the former Soviet Union and have begun writing about it as both fiction and non-fiction. (I remember the trickle of Russian Jews into our community, but naively thought it must be wonderful for them to be in the USA, and their trajectory would be increasing success.)”

“Golinkin’s book personalizes the challenges and heartbreaks of the families electing this journey out of the USSR in the 1980s and ’90s,” Lutz observed. “They survived by their street smarts and set aside the knowledge of their advanced degrees.”

Recalling the efforts of the American Jewish Joint Distribution Committee  (JDC) and the thousands of volunteers and millions of dollars donated to help, Lutz still asks, “What was the outcome of the resettlement of these families? Did they find jobs? Were their children educated? Most importantly, did they elect to pursue Judaism or assimilate into the American culture? A Backpack, A Bear and Eight Crates of Vodka answers many of these questions and allows readers to “laugh, love, learn and be filled with hope and awe.”

Lev Golinkin is one of more than 30 authors set to appear at the Book Fair  during its 12-day run at both the West Bloomfield and Oak Park JCC’s.  Guest speakers include Barbara Winton, author of If It’s Not Impossible…The Life of Sir Nicholas Winton; Ayelet Waldman, author of Love & Treasure; Joel Hoffman, author of  The Bible’s Cutting Room Floor: The Holy Scriptures Missing from Your Bible; Andy Cohen, author of  The Andy Cohen Diaries: A Deep Look at a Shallow Year; Gershon Baskin, author of The Negotiator: Freeing Gilad Schalit from Hamas; and Bob Mankoff of The New Yorker, author of How About Never – Is Never Good for You? My Life in Cartoons. 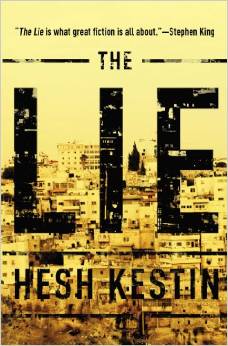 The Lie, by Hesh Kestin. Shrewd, brash, suspenseful. What great fiction is all about.

For fans of fiction, Terry Hollander recommends The Lie by Hesh Kestin and The Winter Guest by Pam Jenoff. The Lie tells the story of an Israeli human-rights lawyer, Dahlia, who specializes in defending Palestinians accused of terrorism. What a curious surprise when Dahlia is asked to help the government determine when it’s acceptable, for security purposes, to use harsh interrogation techniques on prisoners. At last, Dahlia is convinced, she will truly be able to help the wrongly accused. But it’s not going to be that easy. For soon Dahlia’s son, a lieutenant in the Israel Defense Forces (IDF) is captured by Hezbollah, and Dahlia’s childhood friend, an Arab man, may be involved.

The Winter Guest tells of two 18-year-old twins caring for their younger siblings in Nazi-occupied Poland. Then one of the sisters discovers an American paratrooper who is alone and in need of help – and Jewish.

Book Fair Director Rachel Ruskin recommends Canvas Detroit – a collaboration of Julie Pincus and Nichole Christian, a photo journeythrough Detroit,  filled with art in all its forms (and with many surprises). “It makes me want to go out and see each area for myself,” Ruskin said, “and it gives people just another reason to love Detroit!” 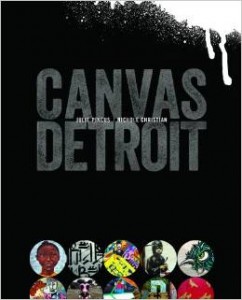 Hesh Kestin will speak at 12:30 p.m. Sunday, November 16 at the JCC in West Bloomfield.

For a complete schedule of Book Fair events, visit www.jccdet.org.