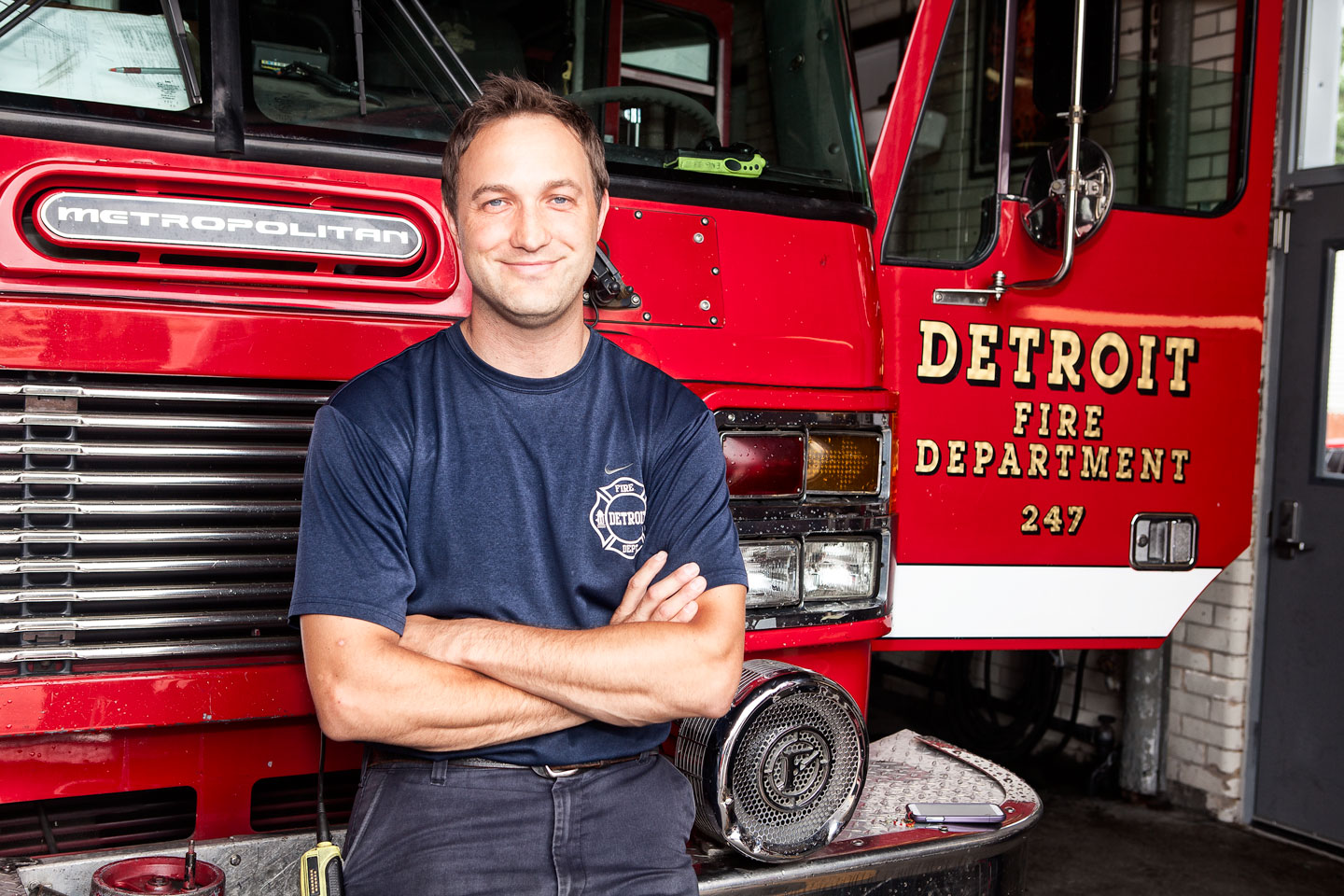 Detroit firefighters rock. We know that.

We know: Arson is a crisis of epic proportion in Detroit. With more than 80,000 abandoned buildings within Detroit’s 140-square mile city limit, no city in America has more fires burning. On any given day, Detroit firefighters are called to battle an average of 30 to 40 fires. Half of those fires are acts of arson, 50 times the national average for arson-related fires. The stats translate to approximately 9,000 working structural fires a year, not counting the routine dumpster fires and thousands of medical emergencies to which the Detroit Fire Department responds. Every day. And every night.

Even more astonishing than the fire load is the level of need in the Department. A direct result of a shrinking population, the erosion of neighborhoods and the cost cuts to services to residents over the years, the Detroit Fire Department (DFD) is sorely underfunded, underequipped and undermanned.

“You can’t make up this stuff up,” says Captain Tom Wickman of Engine 33. And there’s no way you can cover it all. You’ll hear about one fire in the news. We’re putting out ten fires that same night.” 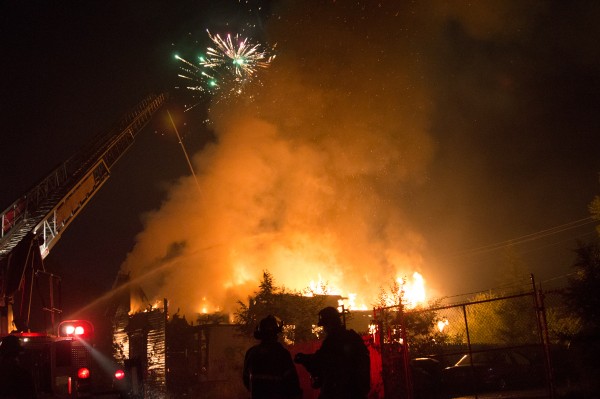 Fireworks in the night sky and raging fires below. A devil of a night: On July 4th, the Detroit Fire Department responded to 140 fires in the city. Photo: Courtesy of Mike Ferdinande from Metro Fire Photography

“No one attacks fires the way we do,” explains Captain Wickman. “Even in a vacant building, we’ll go in for the search, because you never know who you’ll find. And, even under circumstances where everyone is safely out of the home, we’ll go in to contain a fire and save property if possible. Because if you’ve ever lost anything that was dear to you, you can only imagine how devastating it is to lose everything you have.”

At 54, Captain Wickman has been with the Department for 29 years with no desire to leave. “There’s no place I’d rather fight fires than right here,” he says.“Because no city in the world fights fires as often, or in the manner we do. We’ve got the best guys on and off the job and the greatest brotherhood you could ever imagine. We function like a family. It’s a great bond, we’ve got each other’s back.”

A visit to Firehouse Engine 33/Ladder 13

With its big, bright red doors swung wide open on a sunny afternoon in July, the old firehouse is a welcome sight on 1041 Lawndale, in the heart of a struggling, but vibrant neighborhood in Southwest Detroit. Standing watch for the rest of the crew on a scheduled break for a nap after three alarms the previous night, Firefighter Adam Green greets representatives from the Jewish Federation’s NEXTGen “Pitch for Detroit” team.

Now in its fifth year, Pitch for Detroit is the signature annual event of CommunityNEXT, a program within Federation’s NEXTGen Detroit. This year, the event returns to Belle Isle on Sunday, August 10, with the goal to raise $25,000 to support the firefighters of Engine 33/Ladder 13. Ditching its original softball format to play a  kickball tournament this year, Pitch is expected to attract more than 200 players and another 500 spectators for a day of fun, food, music and meet-and-greets with the firemen and their families.

“Meet a Detroit firefighter, and immediately you want to help in any small measure you can,” says Adam Blanck, co-founder of Pitch for Detroit, and chair of this year’s event. “We are thrilled to partner with Detroit Firehouse Engine 33/Ladder 13 to respond to their critical need for improved safety equipment, basic household supplies, as well as some furnishings that might help to enhance their everyday life at work.” 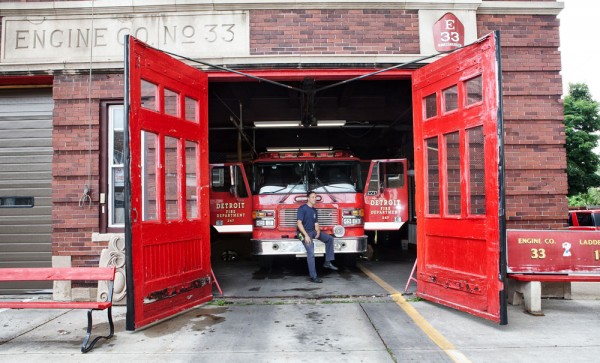 With its big, bright red doors swung wide open on a sunny afternoon in July, the old firehouse is a welcome sight on 1041 Lawndale.

The Firehouse on Lawndale has been in service in the city for 110 years. Standing in the spot where Ladder 13 should be parked, Firefighter Adam Green explains how the station’s ladder truck has been “browned out” along with scores of other emergency vehicles that have been taken out of service due to disrepair and the current financial state of the city. “No fire department in the country – if not the world – does more with so little to work with,” he states as a matter of fact. “We’re supposed to be a crew of eight firefighters in total during a 24-hour shift here, four on the engine and four on the truck, but because the city doesn’t have a properly functioning ladder truck for us, we’re down four firefighters at the station during any given day as well. This is not just our firehouse either. It happens at other firehouses throughout the city, putting people’s lives and properties in jeopardy every single day because of the constant lack of manpower and equipment.”

With high hopes to get Ladder 13 back in service within the next eight months, and with almost 70 firemen in the Academy at present, Firefighter Green describes how the Detroit Fire Department is still down hundreds of firefighters. With no new hires in recent years, the average age of the Detroit Fire Department is 43. Many older firefighters on the force say that fighting fires is a young person’s job. The average age should be closer to 30.

On the force for 10 years, Firefighter Green observes, “In any other major city, I would have senior ranking over at least 300 to 400 firefighters coming through the Academy by now. In ten years I’ve been on this job, the DFD has only trained and hired about 70 new recruits during that time.”

When asked why he fights fires in Detroit, of all places, Firefighter Green stands by his choice as a “perfect” fit. “My grandpa was a fireman, and I always wanted to do something in public service as well.” Before joining the DFD, Adam was a volunteer in the fire service for three years in Troy, the “exact opposite” of the city of Detroit, where all the equipment is shiny and in proper working order and they have very few structural fires. “I can’t sit in a cubicle all day,” he says, “I love the physical demands, adrenaline rush and interaction with different people every day, so that’s why I’m here, in a big city, an urban environment, where I’m really needed. There’s an unmistakable pride in doing what we do here, having the shared experiences that we have with our brothers and sisters of the DFD, and being the best and most aggressive firefighters you’ll ever meet.”

One thing you learn quickly after meeting a firefighter, especially in Detroit, is that they all seem to have other talents, jobs or careers that they pursue on their “leave day,” which is any day they are not scheduled to work a 24-hr shift at the firehouse. Some are electricians, builders, or landscapers. Some are instructors at colleges and nurses on their leave day. And, some are small business owners like Firefighter Green who founded and owns Green Sky Creative, which is a boutique creative studio specializing in video, film and photography.

Firefighter Green says, “Most of us have second jobs and careers not just because we have other skills and dreams, but because we simply cannot afford to support our families on the fire department salary and benefit plan alone. The pensions and benefits that were promised to us when we signed up are now being severely cut and threatened altogether thanks to the current financial state of the city. No matter what. The Firefighters still go out every day and night.

Where will $25,000 go to help improve the quality of life at Firehouse Engine 33/ Ladder 13? Speaking for the group, Firefighter Green enumerates: 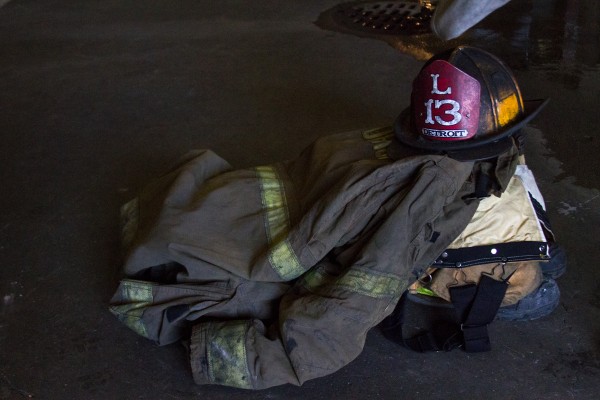 They’ve won hearts. They don’t ask for the impossible. They deserve all the support they can get. When not out on the streets of the city fighting fires, the firefighters of Engine 33/Ladder 13 are out in front of the station, chatting with residents as trusted members of the neighborhood. “We’re one of the few firehouses in the city that actually is situated in the middle of a close-knit neighborhood with lots of families living in close proximity,” says Firefighter Green. “People here may not have a lot of money, but they have pride in their homes and work hard for the little they do have. And there are the kids in the neighborhood. They come to the fire station. We fix their bikes, spend time with them. We’re like a community service for them.”

“As anyone can see in this old house, it’s one-of-a-kind and pretty special. We think it’s really cool that NEXTGen has found us. No one has ever reached out to us with a gift like this before. We have a list of the things we are going to do with the money, but because of the generosity of the gift, we plan to earmark some of it to benefit the community. We’ll plan something extra for the kids in our neighborhood this Christmas, you can count on it.”

Pitch for Detroit
Sunday, August 10, 2014
9 am to 4:30 pm at Belle Isle
Proceeds to the Do It For Detroit Fund
will go to benefit the firefighters of Engine 33/Ladder 13
To pitch in, please visit jewishdetroit.org/pitch 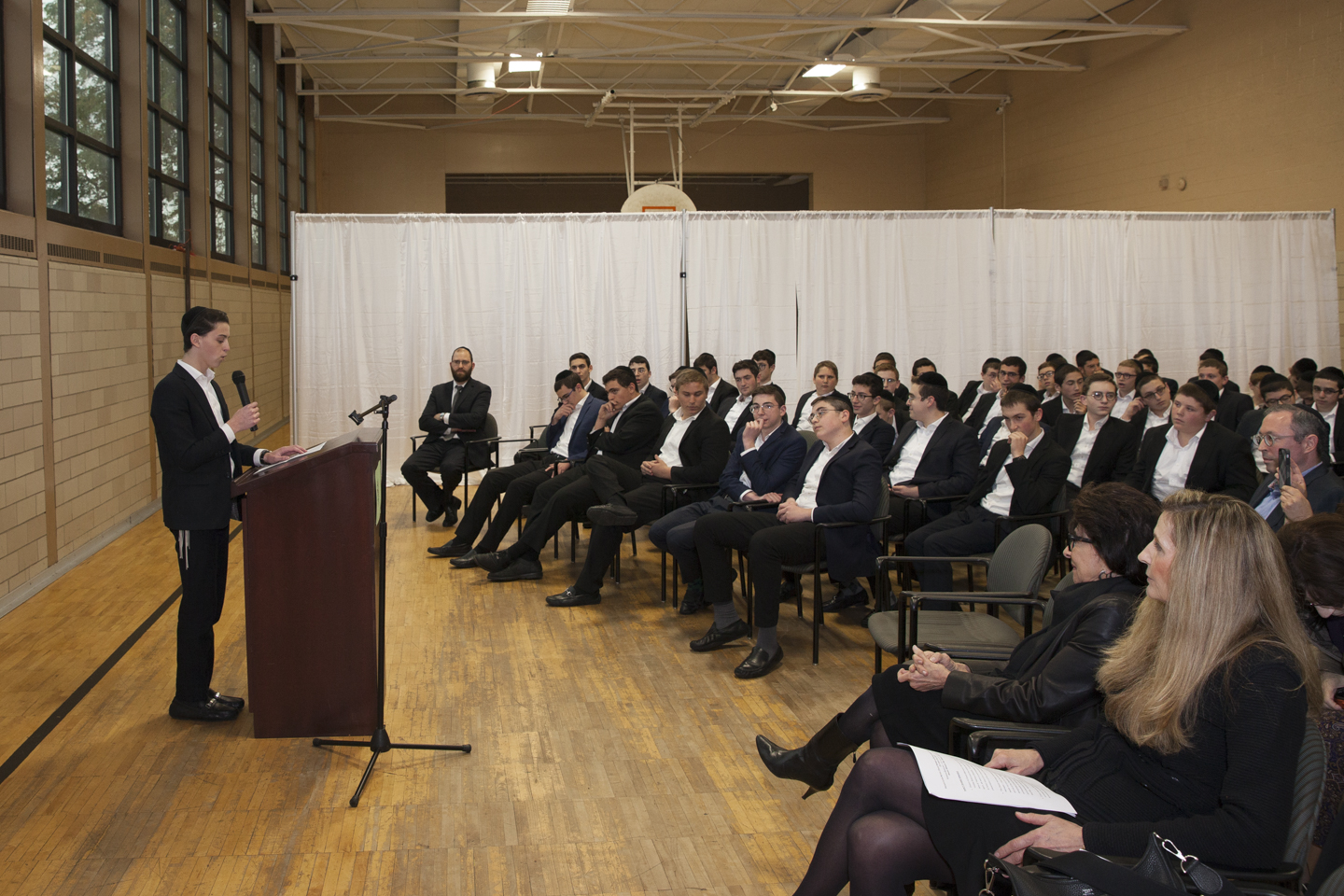 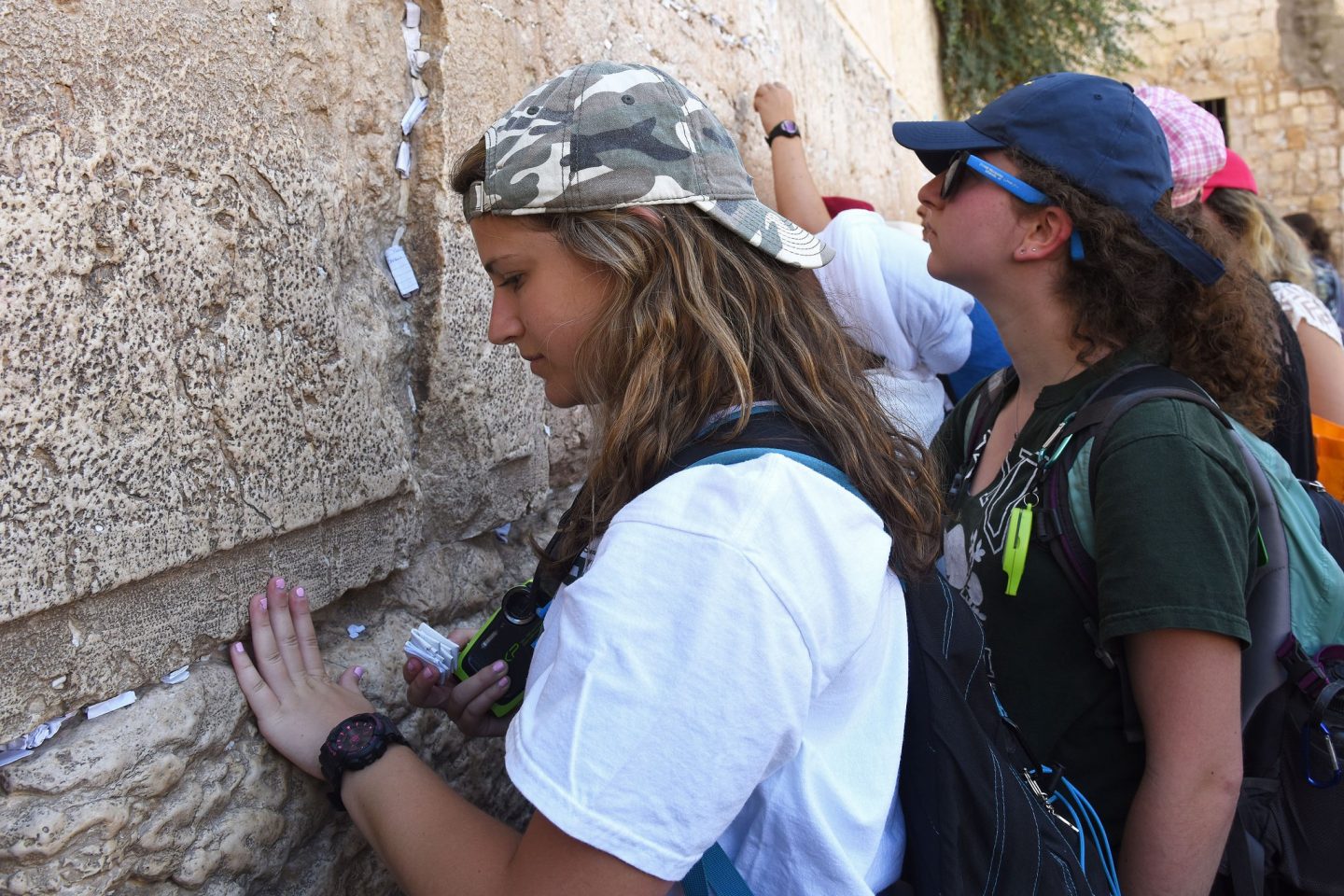 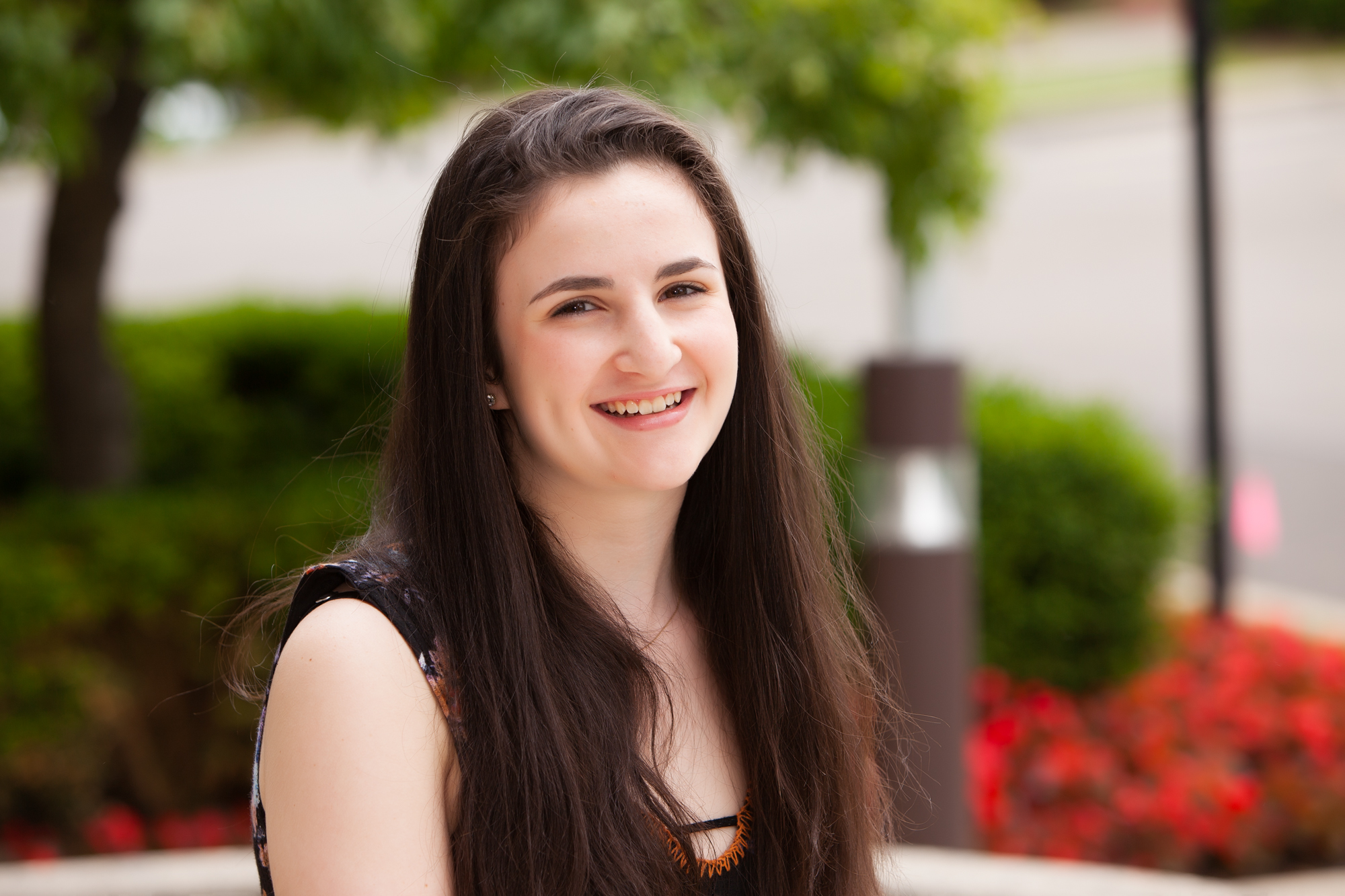 Never Alone, Jessica Goldberg Steps Up to Start Up Support Group for Sibs