Just Think of Them as Family

It must be besherit (meant to be). The intertwining paths, the close ties, the circles of friends and family that have brought Eviatar Baksis and Liraz Cohen back to Michigan to serve together as Israeli emissaries to Jewish Detroit are far too numerous to be mere coincidence.

“It’s a dream come true for us,” says Eviatar on the day of his arrival. Noting that it’s been raining intermittently all afternoon, he laughs off the weather. “In Israel we see rain so rarely, it’s God’s way of smiling on us.” 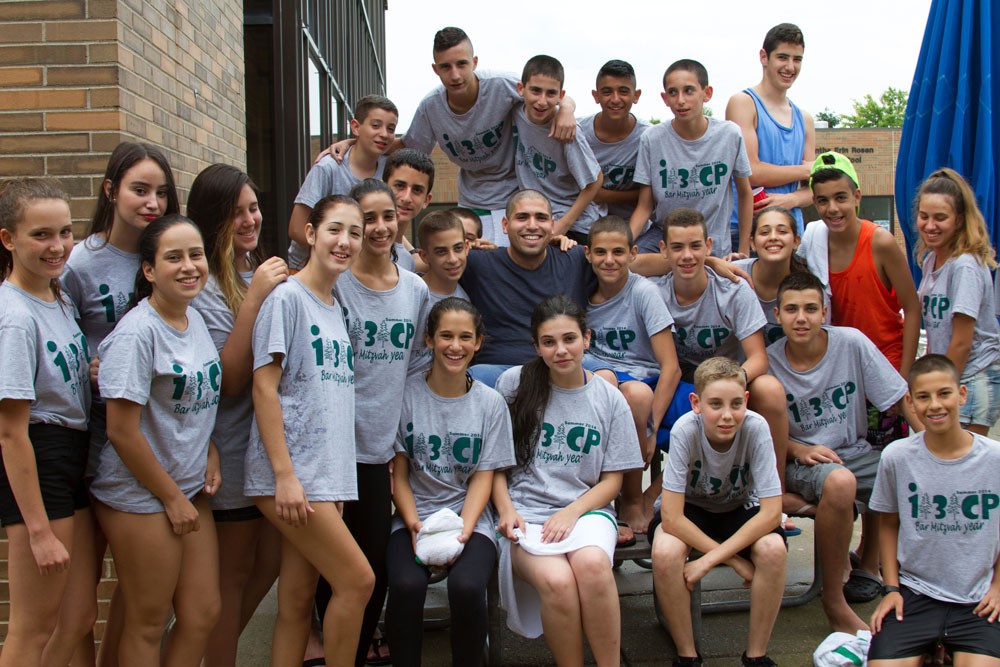 Eviatar will serve as lead for Federation’s Israeli Camper Program delegation at Tamarack Camps, supervising a total of 84 young teens.

Come rain or shine, for the duration of the summer, Eviatar will serve as lead for Federation’s Israeli Camper Program delegation at Tamarack Camps, supervising a total of 84 young teens. Liraz will arrive with the campers attending the second session in July.

Eviatar, 27, and Liraz, 26, first met in Ortonville, Michigan, in the summer of 2011. Eviatar was Coordinator and Liaison for Federation’s Israeli Camper Program and Liraz was the head of the Israeli delegation from JAFI (Jewish Agency for Israel) to Tamarack Camps. 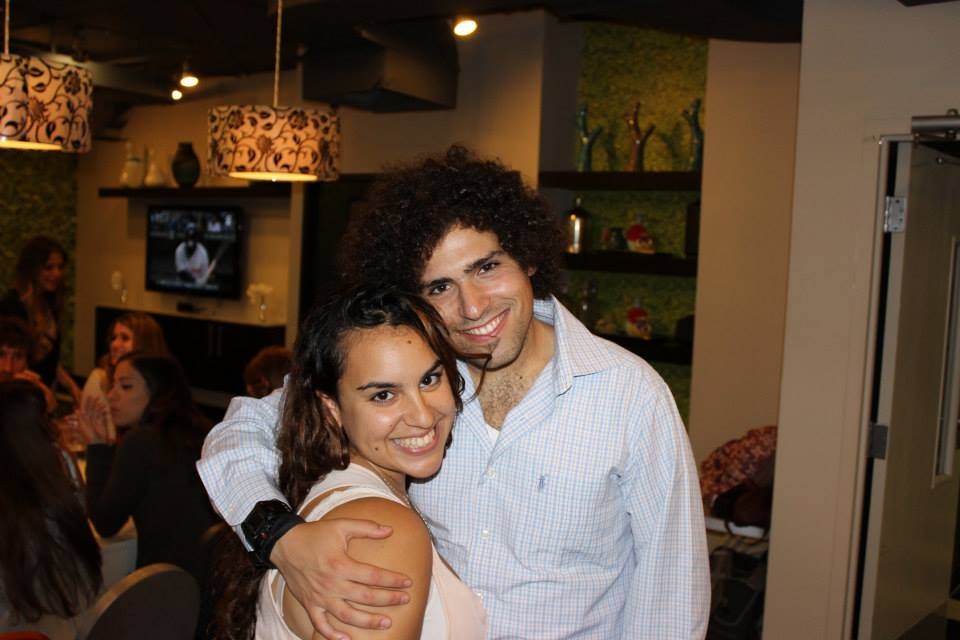 From Migdal HaEmek, Eviatar grew up in the heart of the Michigan Partnership2Gether Region of the Central Galilee in Israel. Liraz hails from Raanana, a town about an hour southwest of the Region, near Herzliya.

A graduate of The Hebrew University with a degree in Political Science and International Relations, Eviatar has nearly completed his Master’s degree in Public Policy at the Interdisciplinary Center (the IDC) Herzliya. With a strong background in mentoring youth at risk and developing young leadership programs, Liraz is a recent graduate from the IDC, with a B.A. in Law and Government, majoring in Diplomacy.

Since their first summer together, Eviatar and Liraz have been in step on their career path with the Partnership2Gether program. Besides their work at Tamarack Camps, both have worked as facilitators of the Teen Leadership Program in the Region and as bus counselors on Detroit Teen Missions.

Returning to Michigan now for his sixth visit and fourth summer at Tamarack Camps, Eviatar needs no introduction to the hundreds of Jewish Detroiters whose hearts he already has won. “Coming all the way from Israel” for his first camp experience in 2002, Eviatar was just 14 when he came to Tamarack, as part of the first delegation of campers in Federation’s Israeli Camper Program.

The magic of that first summer at camp has never worn off.

With his kilowatt smile and gentle manner, it’s obvious how well suited Eviatar is for his current “tour of duty.” They call me ‘Poster Boy’ at home,” says Eviatar,   “literally because my face appears on a poster promoting the Partnership2Gether Program.”

The opportunity to bring Eviatar and Liraz to the community to serve as Shlichim (Israeli ambassadors) originated from conversations between Miriam Starkman, Executive Director at Hillel Metro Detroit, and Amy Neistein, Director of Federation’s Israel and Overseas Department. “In a perfect world, every campus and every Federation community would have an opportunity for an emissary from Israel,” says Amy. “So we decided to pool our resources and collaborate.” 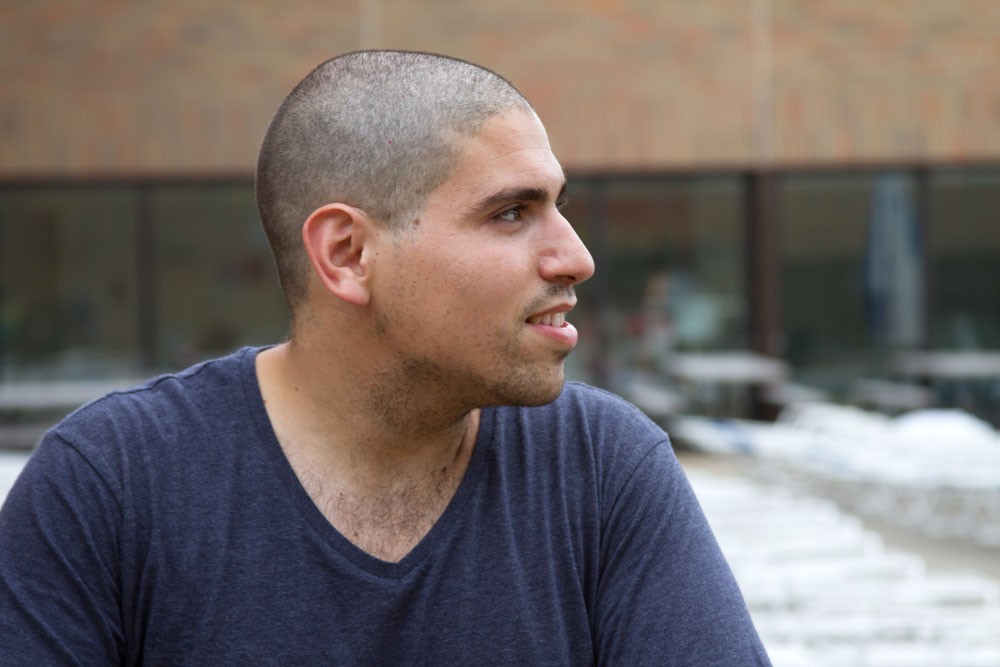 Miriam explains, “As we explored the prospect of sharing an Israeli staff member to work on our local college campuses, Amy suggested that we also could coordinate with the Israeli Camper Program. A grant we received this year from the Davidson Foundation made this all possible. We are thrilled to welcome Eviatar to our staff, and for our students to benefit from an ongoing relationship with an Israeli staff member.”

“Having an Israel Fellow on our campus has been critical to recruiting students for Taglit Birthright Israel trips, deepening their understanding and knowledge of Israel, and combatting anti-Israel activity on campus,” says Tilly Shames, Executive Director of Hillel Foundation – U of M. “Our Israel Fellow worked tirelessly last year to support our students in their efforts to combat the divestment resolution in Central Student Government and counter the anti-Israel claims put forward in the resolution.

When we chose Liraz, we knew that she would be able to engage students from all backgrounds, answer their questions, support them with advocacy tools, and help them build their own relationships with Israel. Liraz already has  a deep connection to the Michigan Jewish community, Tamarack Camps and Federation program alumni. Whenever we tell a counselor from Camp Tamarack that Liraz is working at our Hillel, their eyes widen, they usually shriek, and then they tell us how lucky our students are to have her on campus.”

In a “magic” endless circle

“Thirteen years ago, I was given the opportunity to join this circle, and now, having found so many friends here (especially Liraz), I can say with certainty that this circle embraces the story of our partnership between the Central Galilee and Michigan, always growing stronger together.”

“The Detroit community is family,” Eviatar says. “There is no other word to describe it. I have the same number of friends now in Detroit that I have in Israel. I have come to love this place, as much as I love my own country. I feel home when I am here, and when I am there. I don’t feel split, I feel complete.”