Lacrosse: A Win-Win Sport for Israel

With the goal to engage young Jews from all over the world, strengthen their Jewish identity and connect them to Israel, the Israel Lacrosse Association (ILA), organized just three years ago, has proven to be a startup with remarkable speed.

From the start,the Association has been a win-win for Israel — a powerful mix of  service learning, marketing and branding, competitive spirit – playing to win followers, fans and games. Israel Lacrosse has given young athletes a new incentive to come to Israel, by taking their passion for lacrosse and allowing them to not just perform as players and coaches, but also to perform at the highest level.

Growing the game with a mission

The Israel Lacrosse Association is a non-profit organization with a mission both to promote the game in Israel and to utilize lacrosse as a platform to connect Diaspora Jews to Israel. The ILA brings top former Jewish NCAA athletes to Israel after they graduate to coach the nation’s burgeoning youth lacrosse programs and play on both the Israel National Team and local clubs in the nationwide Premier League.

Ask any player on the team and they’ll tell you that nothing matches that sense of pride, camaraderie and passion in a team sport that stems from the locker room and plays out on the field,  particularly when wearing Israel on a game jersey.

Building teams from the ground up just three years ago, the ILA introduced the sport to Israel where it had never been played before. Looking ahead to the 2014-2015 season, the ILA expects to have over 500 homegrown youth lacrosse players competing across the country in city leagues — like Ashkelon, Haifa, Netanya and Tel Aviv — with each league serving as a feeder for their Premier League Club. 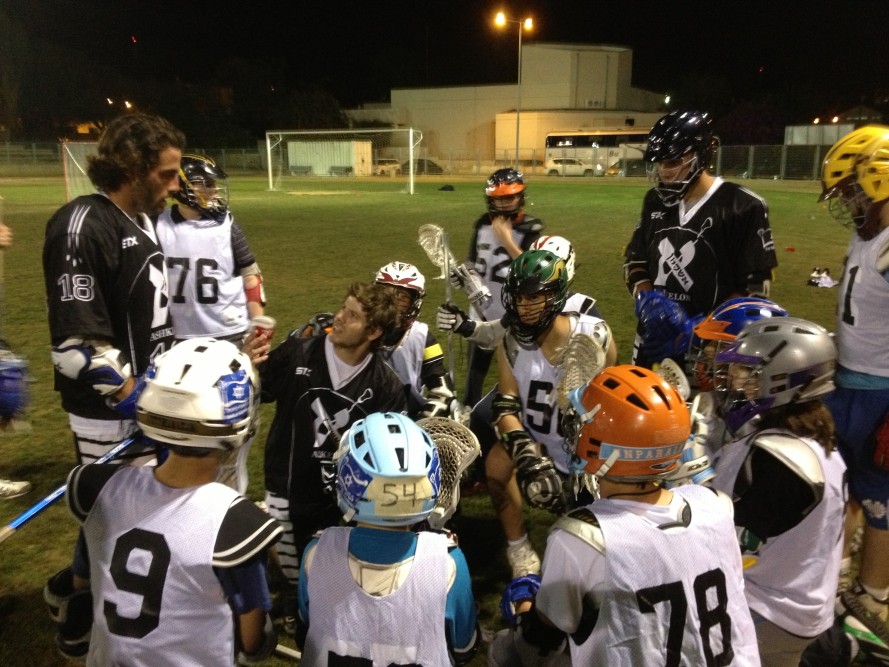 Taking a top-down approach, Israel Lacrosse’s Executive Director Scott Neiss was able to build skilled national teams, made up of both Anglo Jews living in Israel, as well Jewish pro players from abroad who have made aliyah to coach and represent Israel on the international stage.

Shortly after the first game in Israel in summer of 2011, the Men’s National Team debuted at the European Championship, upsetting highly-ranked Wales to go undefeated in their division and advancing all the way to the quarterfinals. The astonishing performance ensured that Israel would qualify for their first-ever World Championship this July.

The international success has inspired many to get involved. The opportunity to play lacrosse at the highest level on the world stage, has even attracted some to uproot and move to Israel, make aliyah and serve as full-time coaches for a modest stipend.

“With national team athletes living in Israel as full-time coaches, we’ve really been able to move the needle,” observed Program Director Seth Mahler. “Our athletes wake up in the morning and go to sleep at night thinking about how to get more kids playing lacrosse. They’re busy taking ulpan (Hebrew classes), going into gym classes to introduce the game, and coaching our after-school youth teams. We’re Israel National team athletes, and we’re one of the best teams in the world. Israeli children are excited to learn from us and come out to play a new sport.”

In the last three years, over 300 players, coaches, referees and other volunteers have made a dedicated trip to Israel to participate in Israel Lacrosse tryouts, training camps and tournaments. During winter break, a group of 49 Jewish American high school athletes came to Wingate Institute to participate in the first ever U-19 National Program. The service trip gave these young athletes the opportunity to serve as sport ambassadors, enjoying a superstar experience as they played in exhibition games at elementary schools in Ashkelon. After the games, the players were swarmed by young Israelis giving high-fives and asking for autographs.

Lacrosse is a sport that requires a lot of protective equipment, but in trademark style, the ILA has been able to turn problems into opportunities. Israel Lacrosse has conducted equipment drives in the United States through college teams, Bar/Bat Mitzvah projects and independent service projects, to deliver over 10,000 pounds of lacrosse gear to Israel. No player, coach or volunteer has ever come to a training camp or a tryout empty-handed.

“The American players are really excited to see their old helmets or jerseys on young Israeli players,” said Program Director Matthew Cherry, who heads up Israel Lacrosse’s equipment procurement. “The passion lacrosse players have to grow the game they love connects them to youth in Israel. Everyone is motivated to feel a part of this in some way.” 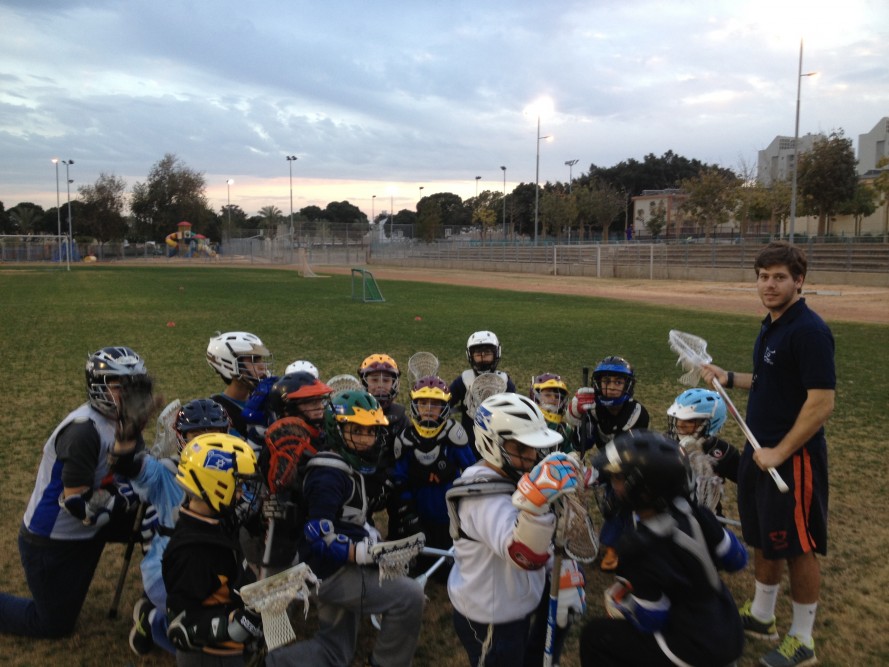 The next goal: Birthright Lacrosse

In June, the ILA will conduct its first Birthright trip, with 40 current or former NCAA lacrosse players coming to tour Israel. The trip has all the standard components of a Birthright trip, but the “USA/Birthright All-Stars” will be competing in three exhibition games against the Israel national team.

Not only are they helping the team prepare for the World Championship with some serious competition, they’ll also be involved directly in showcasing the game to Israeli youth. Many of the trip participants already have committed to extending their trip to serve as interns, promoting the game with youth camps and clinics across the country this summer.

The “grow the game” mentality isn’t just restricted to borders. Whenever a team travels from Israel to a tournament abroad, whether it be a national team or a club team, they give back by teaching the game through local youth clinics, usually in partnership with local Jewish communities or day schools. The kids are encouraged to come and cheer at the games, as the players serve as real-life heroes to the Jewish youth, teaching before the game, and then performing at the highest level on the field.

“We have a new generation of Jewish sports heroes,” said Israel Men’s National Team Head Coach Bill Beroza. “We’re excited at the opportunity we have to connect our players with Jews around the world. Hearing Jewish children cheering us on in countries like Netherlands, England and Czech Republic is incredible.”

The clinic schedule will continue with events in Belgrade, Serbia and Denver, Colorado, this summer.

As Israel Lacrosse grows at a dizzying pace, the challenges mount, but with every challenge comes an opportunity. The Israel Lacrosse Association is determined to grow the sport at an exponential pace, and with that comes the opportunity to connect so many who are passionate about that goal.

David Lasday serves as the Director of Youth Development for the Israel Lacrosse Association. A social entrepreneur, Lasday also helps direct the growth of Global Game Changers, Sticks For Kids and Hoops For Kids. Lasday can be reached at David@lacrosse.co.il.