Feeding Our Need to Read.

It has always been a page-turner. For voracious readers, young readers and beginners alike, Bookstock is back, bigger than ever. Now in its 11th year, celebrating the need to read, Metro Detroit’s largest used book and media sale returns to Livonia’s Laurel Park Place, Sunday through Sunday, April 21-28, with proceeds benefiting literacy and education programs in Metro Detroit. Honorary co-chairs of the event this year are Detroit Free Press columnist Rochelle Riley and Detroit News columnist Neal Rubin.

Over the past ten years, Bookstock has put more than a million used books back into the hands of readers, while generating more than $800,000 for literacy and education programs throughout the city of  Detroit  as well as Oakland, Wayne and Washtenaw Counties. After the sale each year, 100% of the unsold books are donated to charities and other nonprofits. 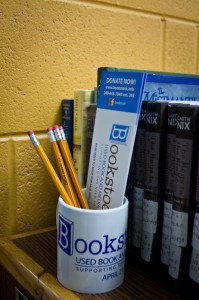 “Literally, we collect tons of books each year. Bookstock is a colossal event, a collaboration of nearly 800 volunteers who work throughout the year to collect and organize the books and to staff the sale,” says Janet Berman, who co-chairs Bookstock with Karen Simmons, Susi Schoenberger and associate chair, Linda Gershel.  Bookstock founder Jodi Goodman and Roz Blanck continue to serve as advisory chairs.

In partnership with Wallside Windows and Gardner-White, Bookstock has established the Bookstock Scholar Awards, given to outstanding students at Wayne State University’s School of Library Science and Information Technology.

Focusing on the best of reading teachers, Bookstock will present the first BEST (Bookstock Extra Special Teacher) Awards to fourth-graders in Detroit Public Schools who best describe how “My Teacher Makes Reading Special for Me.” Awards will be presented by a WDIV personality to the winning student and four finalists at the Bookstock sale on Tuesday, April 23, between 5-6 p.m.

The winning entry will be awarded $1,000 for the school, $500 for the teacher and $100 and a  trophy for the student.  Four finalists will be given $500 for their schools, $200 for their teachers and a trophy and $50 each.  Tuesday, April 23, will also be Teacher Appreciation Day at Bookstock, where teachers who present a valid teacher ID will receive 50% off all purchases from 3 – 9 p.m. The Bookstock Fund, new this year

Launched in 2012, the Bookstock Fund awarded its first grant to the Amelia Earhart Elementary and Middle School in Detroit, allocating $1,000 to the library and $500 to eight classroom teachers, for a total of $5,000.

“In the Detroit Public Schools, the need to read is acute,” says Margo Lazar who serves as co-chair of the Bookstock Fund with Randie Levin. “According to the U.S. Department of Education, only 7 percent of the eighth graders in the public schools in Detroit are grade-level proficient or better in reading. We chose the new Earhart School in the heart of Mexicantown as our first grantee because of the significant needs of the students, but also because of the strength of the neighborhood.”

“The new Earhart Elementary / Middle School is a bright star in our system, where we recognize that Literacy is a major key to the success of our students,” says principal Gerlma Johnson, who is well regarded as a school turnaround specialist. Overlooking Clark Park in Southwest Detroit, Amelia Earhart Elementary is one of three brand new Detroit Public Schools (DPS) built from the ground up in one of the city’s largest construction projects to rebuild and renovate DPS facilities with a voter-approved $500 million. Earhart offers a full range of academic and enrichment programs, teachers specifically selected to enhance the culture of the school and the neighboring community, along with university, business and community partnerships to round out the school experience. The fully functioning library is run by volunteer retired teachers, and features the Acosta Center which offers English as a Second Language  (ESL) classes for parents and the community. 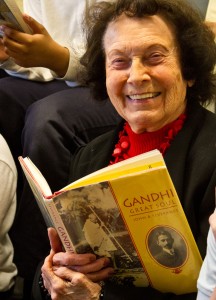 In the Earhart library we meet Mary Grimes, a retired librarian who started with DPS in 1967. At the age of 96, she is now a full-time volunteer – keeping the Earhart Library open for the students. Mary is anything but retiring, as she manages the library with the help of volunteers Evelyn Meadows and Ronald Heit. As Mary explains, “A significant portion of the Bookstock funds to the library will go to the purchase of bilingual materials, a critical need for the school, where three-quarters of the students are Hispanic.”

“Bilingual books in our library are a much-needed boost,” explains Jasso Lourdes, who educates ESL students at Earhart, “But the most important thing is that we teach our students to read in English and that we foster a true love of books.”

As though on cue, the school’s top readers, all members of the Reading Point Club, flock into the library followed by Principal Johnson. “Aviators,” as she calls them, are the students who earn points for the books they read. As Literacy Coach Susan Firestone explains, “There’s the 20-, 30- and 40-Point Club, and then there’s Trroy (yes, spelled with two r’s). Trroy Garcia, a third-grader, is our gold star reader and current record-holder, having read 97 books.”

We snap their pictures, the students return to class. “Come back and read with us sometime,” Mary suggests, “We can always use another volunteer.” 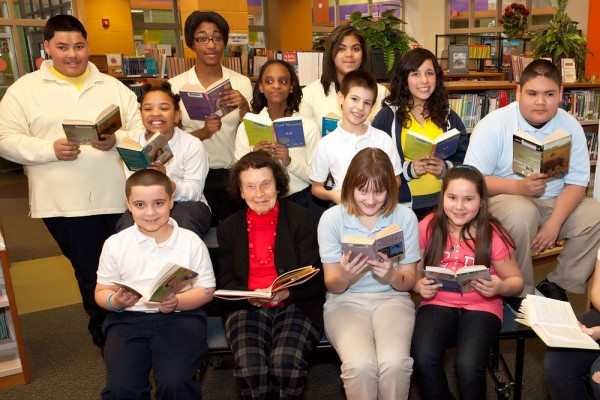 Bookstock’s Pre-Sale will kickoff on Sunday, April 21, at 8:15 a.m, with a performance by the Larry Callahan and Selected of God Choir, made famous by the Chrysler Superbowl XLV commercial. There is a $20 admission charge for the Pre-Sale only, which runs through 11 a.m. and offers savvy shoppers and collectors first crack at Bookstock’s treasure trove of bargains. A true book lover’s paradise, Bookstock has over 100,000 donated used books, DVDs, CDs, books on tape, magazines and records for sale at bargain basement prices. The sale will continue through Sunday, April 28, running Sundays, 11 a.m. to 6 p.m. and Monday–Saturday, 10 a.m. to 9 p.m. Books will be sold for half-price on Sunday, April 28, the last day of the sale.

This year, Bookstock will feature three days of special sales. Tuesday, April 23, will be Teacher Appreciation Day, where all teachers will receive 50% off their purchases from 3-9 p.m. Shoppers can buy three books and get the fourth for free during two days of Bookbuster special deals,  from 3 – 9 p.m. on Wednesday, April 24, and Thursday, April 25.

Red Wings Jersey Raffle! This is your chance to win a Red Wings jersey, signed by the entire 2011-12 team. Those who spend $25 or more during Bookbuster Days (Wednesday and Thursday from 3 – 9 p.m.) are entered to win. The drawing is on Thursday.

Laurel Park Place is located on 6 Mile Road east of I-275 in Livonia. 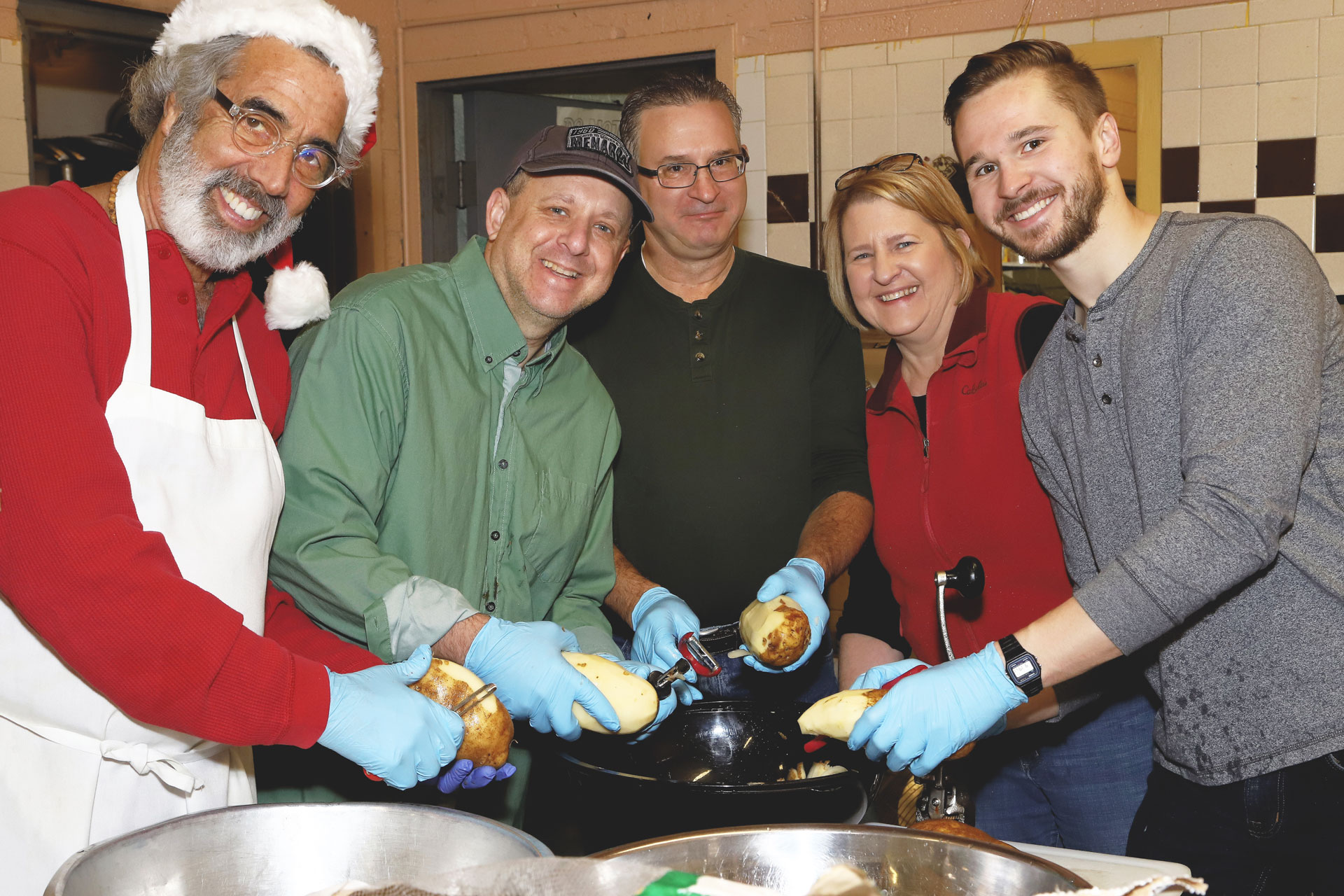 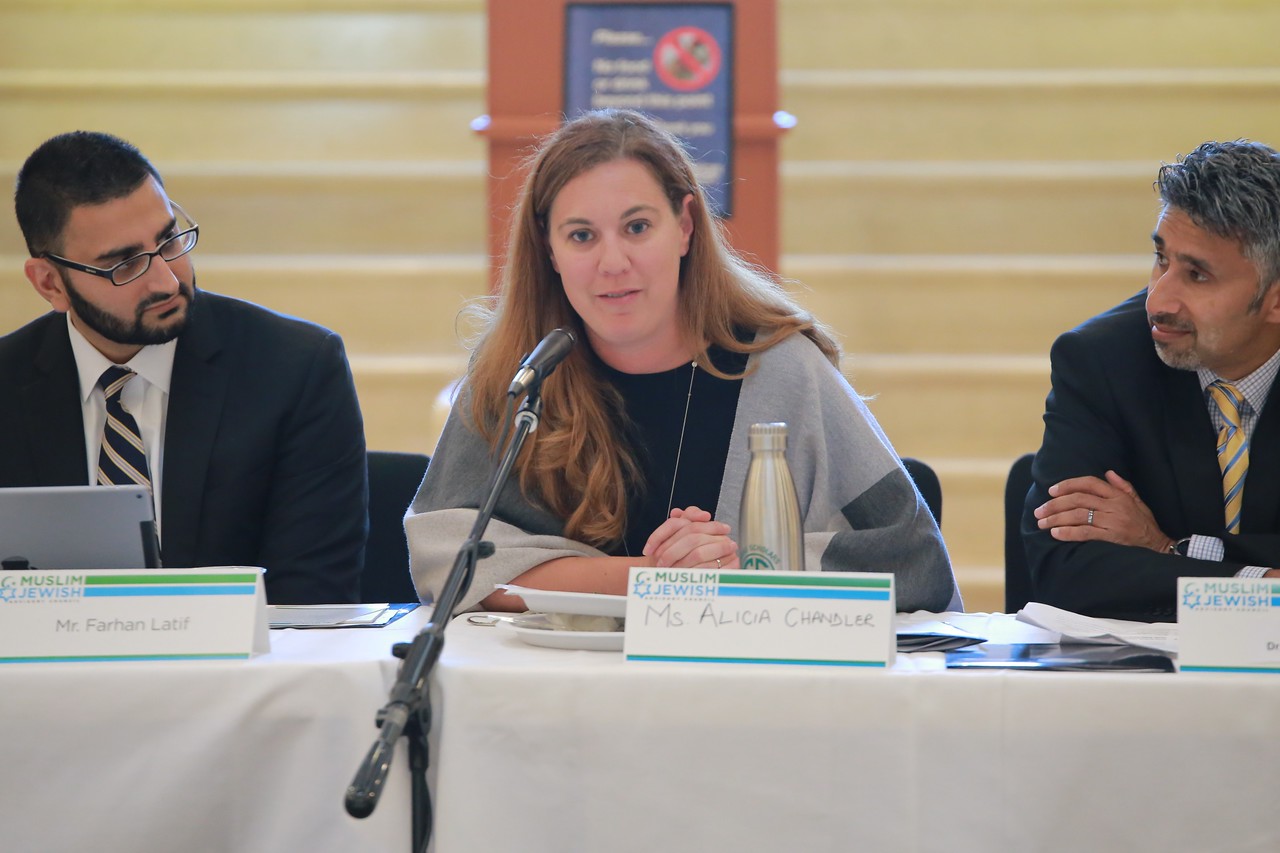 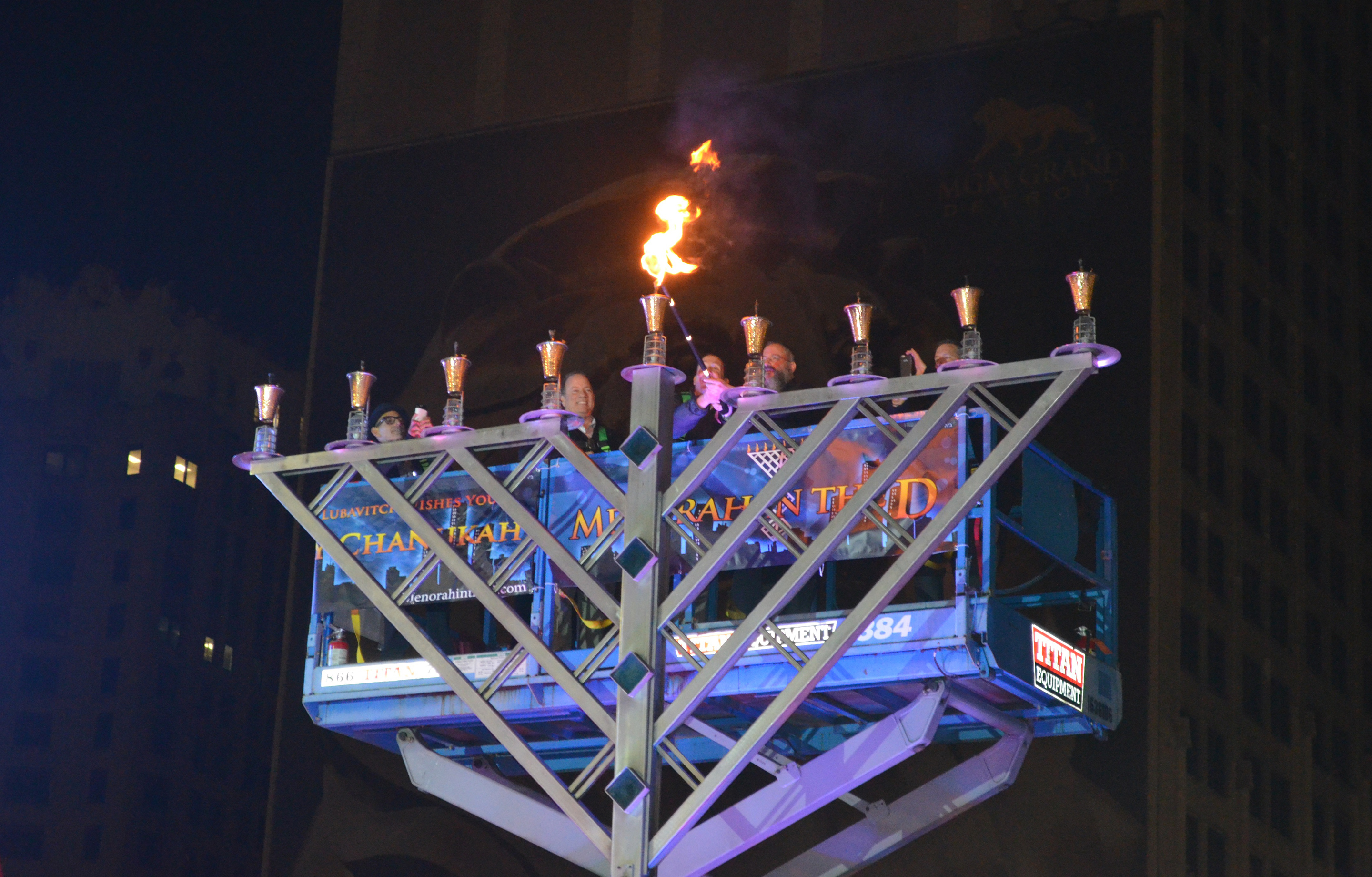